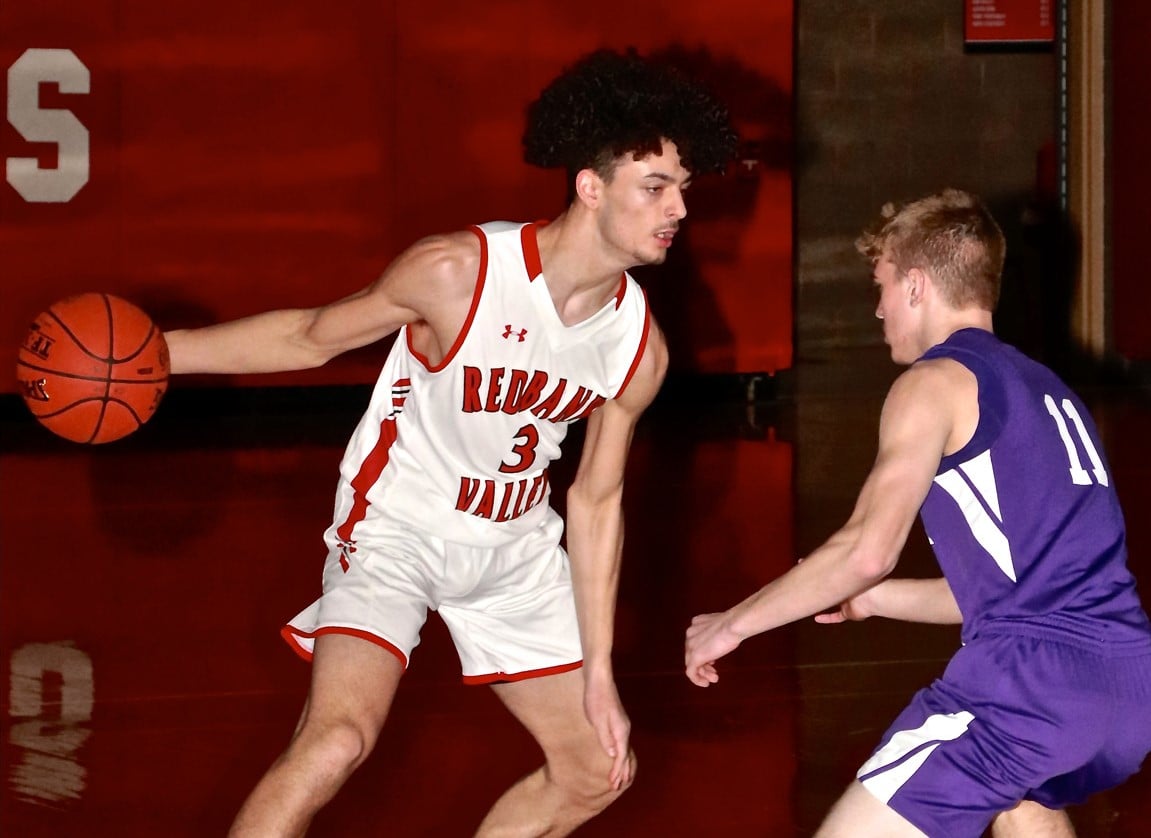 Chris Marshall, Marquese Gardlock, and Bryson Bain all had monster games in the victory.

Marshall scored a game-high 29 points to go with five assists and five steals. Gardlock added 26 points and five assists, and Bain had a triple-double of 18 points, 15 rebounds, and 10 assists.

FOXBURG, Pa. – Five different A-C Valley players scored during a 20-point fourth quarter, as the Falcons rallied past visiting Keystone, 55-48, for their first win over the Panthers in just over eight years.

Eli Penny led the fourth-quarter charge with five of his eight points, while Levi Orton scored four of his game-high 23 points in the quarter. Landon Chalmers also scored four of his six points in the final eight minutes as did Alex Preston, who finished with nine points. Tanner Merwin added a key 3-pointer in the quarter and ended the game with six points on a pair of second-half 3-pointers.

A-C Valley, which hadn’t played since its season-opening loss at Clarion Jan. 12 because of a COVID-19 quarantine, led 23-18 at halftime before being outscored 19-12 in the third quarter to fall behind.

Gavin Houge led Keystone with 11 points with Colin Say and Logan Sell each adding 10 points and Keenan Hetter seven. Only two of Say’s points came after halftime, while all five of Sell’s second-half points came from the free-throw line in the fourth quarter.

Griffin Ruhlman also added eight points for the Raiders, who had 11 players score in all.

SMETHPORT, Pa. – Ridgway used a balanced offensive attack to pick up a 36-29 victory over Smethport on the road, the Elkers first win of the season.

Layne Shall paced the Hubbers with 15 tallies.

TYRONE, Pa. – Brandon Lucas scored all 14 of his points after halftime, as Tyrone used a big second half to overcome a one-point deficit at the break and beat visiting Clearfield, 62-35, in Mountain League action.

The Bison led 18-17 at the break but only scored 17 second-half points.

Meanwhile, behind Lucas and Jake Taylor, who scored nine of his 11 points in the second half, the Eagles poured in 45 points after halftime.

Cam Stelene added 10 points for the Rams who also got seven from Gabe Watts.

DUKE CENTER, Pa. – Visiting Elk County Catholic got 18 points from Mason McAllister on its way to a 53-32 win over Otto-Eldred.

The Dutchman trailed by one (30-29) entering the fourth and went 5-for-8 at the charity stripe and outscored the Owls, 9-5.

Holden Housler and Drake Caskey each hit two free-throws in the final quarter.

Mithcell Reiter led the St. Marys’ offense with 14 points while Caskey finished with 10.

Gavin Piscitelli had 15 points to pace the Owls in the loss.

Chase Beighley and Eric Booher each added 12 points for Karns City with Beighley also grabbing nine rebounds and handing out five assists. Micah Rupp climbed the ladder for a game-best 11 rebounds to go with two points.

Marcus Bennett, Noah Adams, and Lewis Painter each scored 11 points for the Rovers.

Trevor Lansberry had a game-high 24 points to pace the Tide while Ty Terry contributed 18.