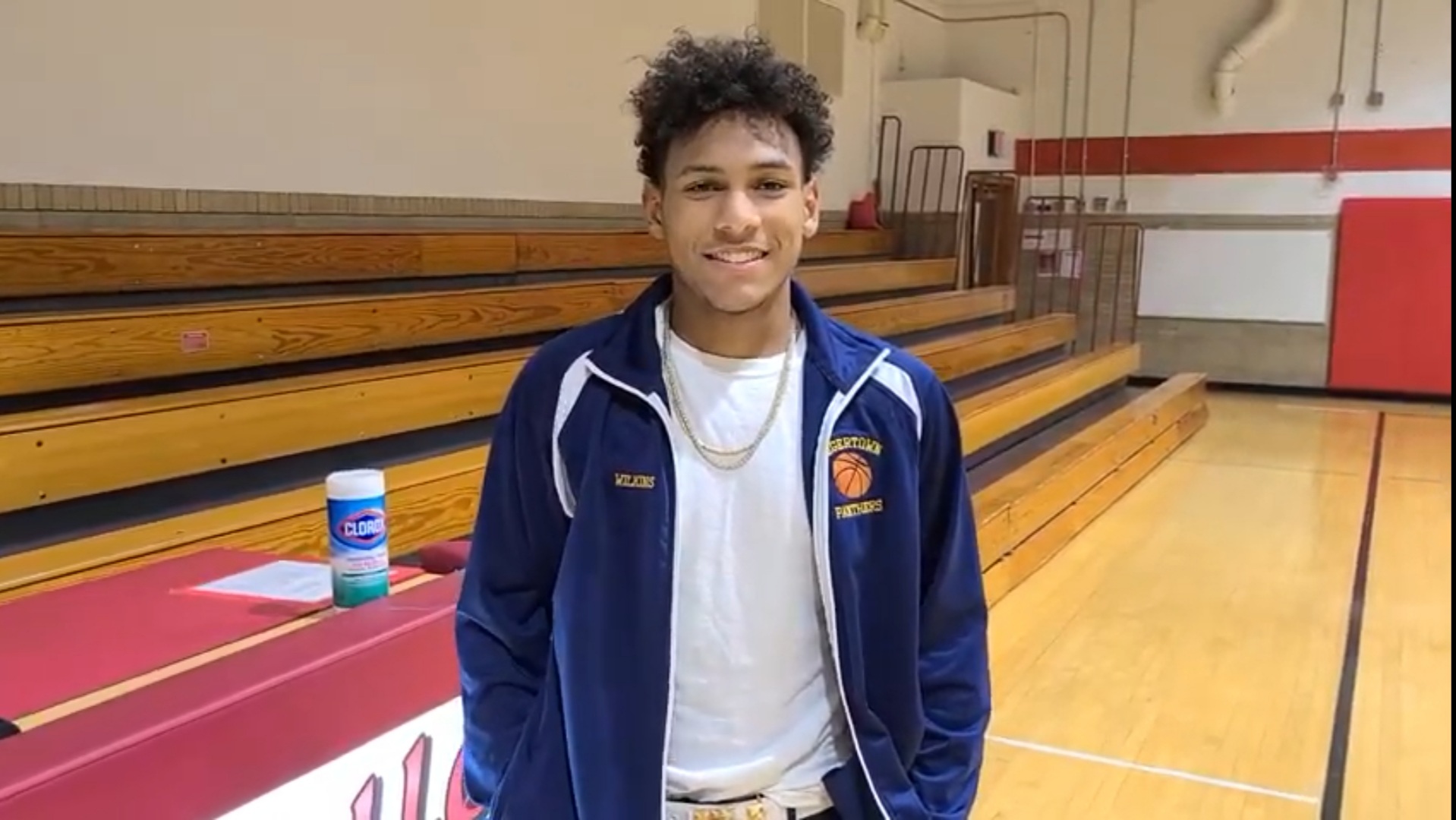 WEST SUNBURY, Pa. – Riley Childress exploded for a career-high 32 points to lead Warren to a closer-than-it looks 59-45 win at Moniteau.

Named the Allegheny Grille of Foxburg Player of the Game, Childress talked about the victory.

But behind Catherine Kelly, who scored 15 of her team-high 19 points in the second half while hitting four second-half 3-pointers, Moniteau closed the gap to five points on at least three different occasions including early in the fourth quarter.

Every time the Lady Warriors got close, Warren answered, and the Dragons were perfect from the free-throw line in the final eight minutes, going 11 of 11 from the charity stripe, to close out the game.

Emma Ruhlman was a perfect 8 of 8 from the line in the fourth quarter and finished with 21 points, including 15 in the second half after missing some time in the first half with three fouls.

Sheffield had a pair of looks in the closing seconds, but both were off the mark.

Maddy Marczak had a big game in the win for Oil City, scoring a game-high 19 points, including four 3-pointers.

The Knights outscored the Eagles 19-9 in the fourth quarter to earn the win.

Rylee Jones had 10 points for Conneaut.

Bailey Grossman scored 11 of her game-high 15 points in the first half for the Mustangs, who also got a pair of 3’s during the second quarter run from Mackenzie Baker, who finished with 13 points.

The Tigers outscored the Eagles 26-13 in the second half en route to the win.

Sadie Thomas chipped in with 14 points for Maplewood.

Nina Cano added 10 for the winners.

Cassie Dancak had 14 points and Ady Kratko 12 for the Blue Devils, who led 39-7 at halftime.

Abby Sefton added 11 points for the Sailors in the victory.

Hayden Keth added 15 and Bella DiNardo and Alayjah Jones 12 each for the Golden Eagles.

Lexi DiFuccia had eight points for the Braves.

SAEGERTOWN, Pa. – Saegertown outscored Maplewood 38-22 in the second half on its way to a 69-47 victory.

Logan Ingram and Jaden Wilkins had 13 points each for the Panthers, while Max Fuller added 11.

The Cardinals trailed 13-11 at the end of the first quarter but went on a 23-3 run in the second to assume control.

Tyler George and Jaiben Walker added 11 points each for the winners, while Chase Miller added nine.

Cody Smith led three Harbor Creek players in double figures with 16 points. Ryan Whitman and Casey Smith had 10 each for the Huskies.

Jake Hornbeck had nine points to pace the Oilers

Logan Briggs poured in 21 points for the Braves, while Sam Santiago added 11.

The Tigers outscored the Eagles 22-5 in the third quarter en route to the win.

ERIE, Pa. – Cathedral Prep jumped on McDowell early in beating the Trojans for a third time this season.

The Yellow Jackets trailed by 14 going into the fourth quarter, but went on a 22-8 run to force OT.

Justin Walker had 16 points and Yost 13 for Seneca.

Austin Barrett had 15 points and Ethan Getz 14 for Girard.

Trey Battle added nine for the Lakers, who led 38-12 at halftime.

Jan. 29, 2021 Wrestling: Brookville Splits at Williamsport
Jan. 29, 2021 D9 Girls’ Hoops: Union Rallies For OT Win at Karns City; Cranberry Gets First Win; Buttery, Wood Lead Brockway
This website or its third-party tools process personal data.In case of sale of your personal information, you may opt out by using the link Do not sell my personal information.
×
Manage consent