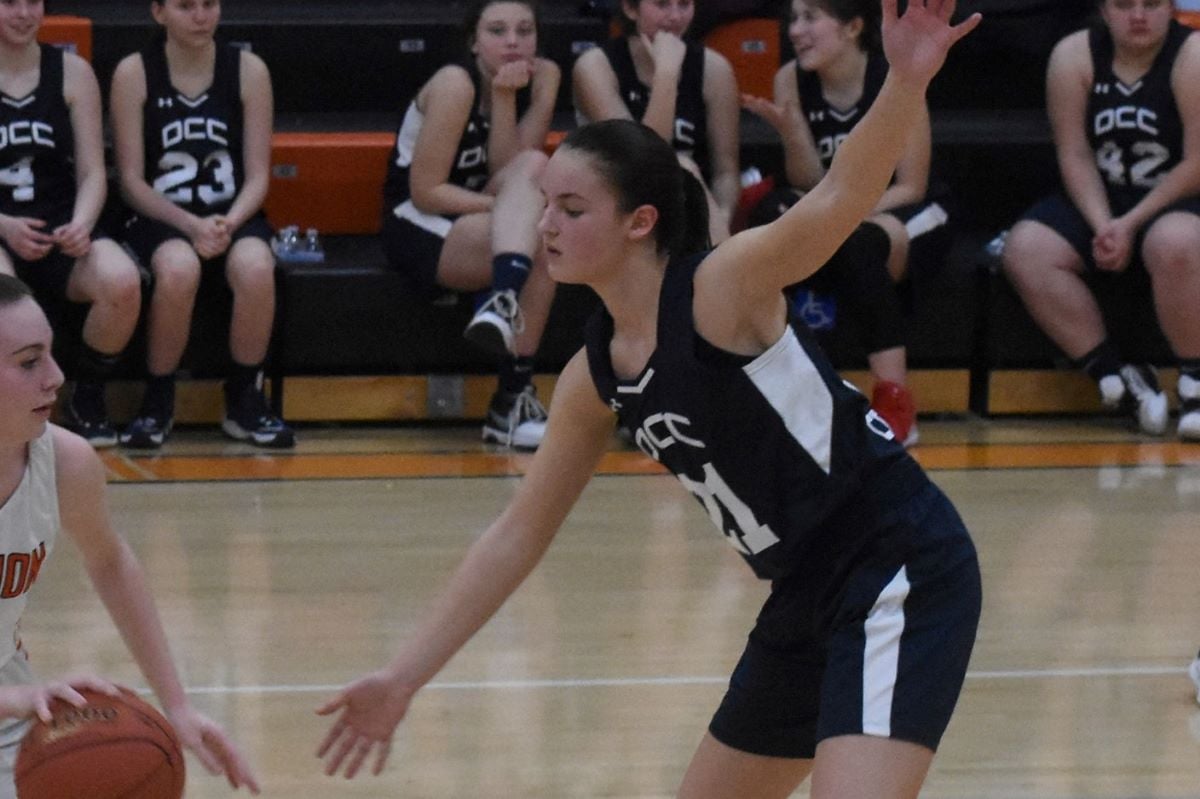 The basket gave the Lady Cardinals a 50-48 lead, but Ridgway had a chance to tie the game with 0.2 on the clock when Payton Delhunty was fouled and went to the line shooting a 1-and-1.

Delhunty made the first shot to get the Lady Elkers within one but missed the second one.

After being tied at halftime at 23, DCC took a 40-34 lead to the fourth quarter thanks in part to a pair of 3-pointers and eight points from Lexi Berta.

But Ridgway fought back thanks in large part to seven Delhunty points to tie the game late.

Berta had a career-high 19 points for DCC while adding four assists.

Jenna Kasmierski had a game-high 19 points for Ridgway with Payton Delhunty adding 12 and Julie Peterson eight.

CLARION, Pa. – Using a 12-2 fourth-quarter run, visiting Redbank Valley pulled away from Clarion for a 43-30 win.

The Lady Bulldogs were up five, 27-22, late in the third quarter before Claire Clouse started the game-deciding run late in the quarter, and then Redbank Valley scored 10 of the first 12 points of the fourth quarter.

Clouse and Alvia Huffman each had four points during the spurt with Mylee Harmon and Madison Foringer also adding buckets.

The Lady Bulldogs led 17-15 at halftime before Jordan Best knotted the game at 17 early in the third quarter. But Redbank Valley answered with a 6-1 spurt to push the lead back to five and it hovered between five and seven points until the game-deciding run.

Clouse, who was named the Allegheny Grille of Foxburg Player of the Game, talked about the win.

It was a balanced offensive effort for Redbank Valley with Foringer and Huffman each scoring 10 points and Clouse and Harmon adding eight each.

RIMERSBURG, Pa. – Rossi McMillen scored 12 of her 14 points in the second half to help visiting Karns City upset Union, 34-26.

The game was tied at 12 at the break before Karns City got some key second-half shots to pull out the victory.

Rosie Carden added seven points for the Lady Gremlins, who had lost 5 of 8 coming into the game while sitting at 7-7 on the season.

Union, which had won 10 of 11 and was 10-2 on the season, got 12 points from Dominia Logue and eight from Hailey Kriebel. The Golden Damsels were playing for the first time in eight days after a COVID shutdown forced three postponements.

JOHNSONBURG, Pa. – Lucy Klawuhn and Tori Newton combined for 25 points, as Elk County Catholic won for the sixth consecutive time thanks to a 42-25 victory at Johnsonburg.

Newton led the Lady Crusaders with 13 points while Klawuhn hit four 3-pointers and finished with 12. Syd Alexander chipped in seven.

Bowser had 16 points and 20 rebounds and was helped by Amanda Reyes, who added eight points and 10 boards.

Catalone led the Lady Dutch with 14 points with Caskey adding 13.

BRADFORD, Pa. – Liz Frame knocked down three 3-pointers and scored a game-high 21 points to help Coudersport to a 56-30 road victory over Bradford.

Emma Chambers added a double-double for the Lady Falcons with 12 points and 11 rebounds, while Savanah Myers had nine points and six assists and Bel Porterfield five points, seven assists, and four steals.