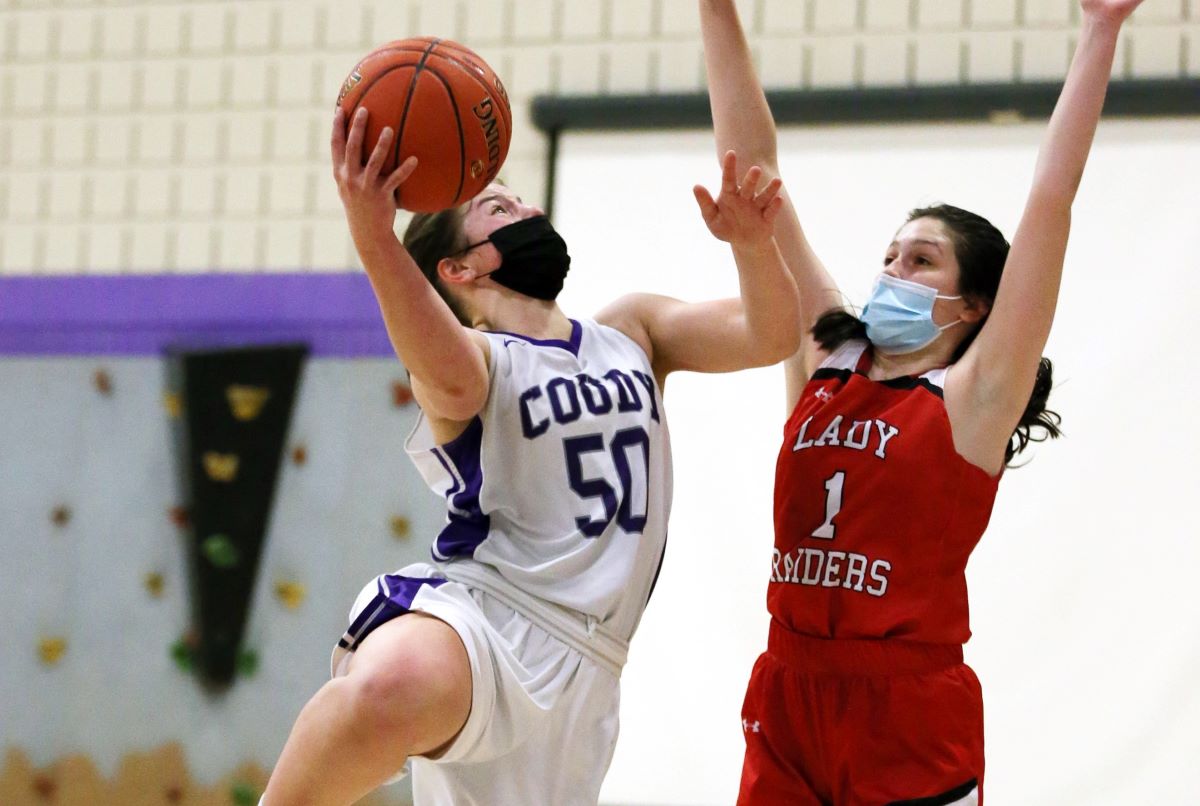 COUDERSPORT, Pa. – Sarah Chambers scored five of her game-high 19 points in overtime to lift Coudersport to a 43-38 win over visiting Cameron County at Coudersport Elementary School.

Hailey Hilfiger sent the game to overtime tied at 33 when she banked home a 3-pointer with around five seconds to play in regulation for Cameron County.

Rosalyn Page added 11 points for Coudersport in the victory with Elizabeth Frame chipping in nine, including six in the first quarter.

BROOKVILLE, Pa. – Holding Oil City to just five points in the first half, Brookville notched its first win of the season in a 49-26 decision.

The Lady Raiders led the winless Oilers, 29-5, at halftime with Oil City holding a 21-20 edge in the second half.

Elizabeth Wonderling scored 16 points while her sister Eden turned in a double-double with 11 points and 11 rebounds. Alayna Haight scored 10 points.

BRADFORD, Pa. – Bree Garzel scored a game-high 22 points while grabbing seven rebounds and handing out six assists to lead Port Allegany to a 52-29 win at Bradford.

Gracie Archer had a fantastic day as well with a career-high 16 points while hitting four 3-pointer and was credited by head coach Jamie Evens for playing strong defense on Bradford star Hannah Lary.

Isabelle Caskey and Isabelle Catalone each added seven points for the Lady Dutch.

COUDERSPORT, Pa. – Hayden Keck exploded for a game-high 29 points to lead Coudersport to a 56-48 win over visiting Johnsonburg.

RUSSELL, Pa. – Connor Finch scored 11 of his game-high 19 points in the second half to lead Sheffield past Eisenhower, 63-43.

Leading by six at halftime, Eisenhower’s Kael Hunt scored eight-straight points to keep the Knights within striking distance, but a Tyler Hepinger 3-pointer sparked a Sheffield run that ultimately saw them take a 20-point lead.

Hepinger scored 14 of his 16 points in the second half. Tony Richards added 15 for the Wolverines.

Richards talked about the win

Hunt had 17 points for Eisenhower, while Kris Bunk added 10.

Jan. 28, 2021 D10 Hoops: Cochranton, Slippery Rock Girls Get Region Wins; Guth Sends Franklin Boys Past Greenville
Lucky 13: Bradford’s Lary Becomes 13th Lady Owl to Score 1,000 Career Points
We use cookies on our website to give you the most relevant experience by remembering your preferences and repeat visits. By clicking “Accept All”, you consent to the use of ALL the cookies. However, you may visit "Cookie Settings" to provide a controlled consent.
Cookie SettingsAccept All
Manage consent