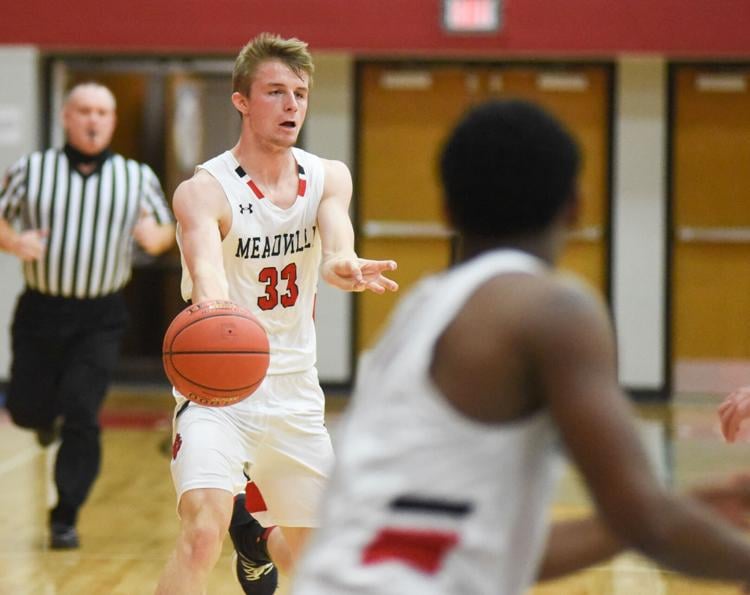 MEADVILLE, Pa. – Trailing by one at halftime, Meadville outscored Oil City 18-5 in the third quarter on its way to a 48-36 victory.

Sam Howell and Cody Smith scored 12 points each for the Huskies, while Gavin Ennis added 11.

GUYS MILLS, Pa. – Tied at halftime, Mercer outscored Maplewood by 13 in the third quarter in what turned out to be a 60-36 win for the visitors.

Logan Turton led the Mustangs with 17 points, while Jake Mattocks and Woody Nickel chipped in 11 each.

Liam Galla added 11 for the Ramblers, who led from start to finish.

Aaron Collins had 23 points for EFC.

Brayden Coxson had 14 points for the Tigers.

Aniyah Anderson and Emily Duncan had 11 points each for Hickory.

Mackenzie Herman added 15 points for the Raiders and Victoria Mull 13.

Jaysina Sellers had 14 points to pace the Tigers.

The Big Reds jumped out to a big lead early and had a 32-14 halftime advantage.