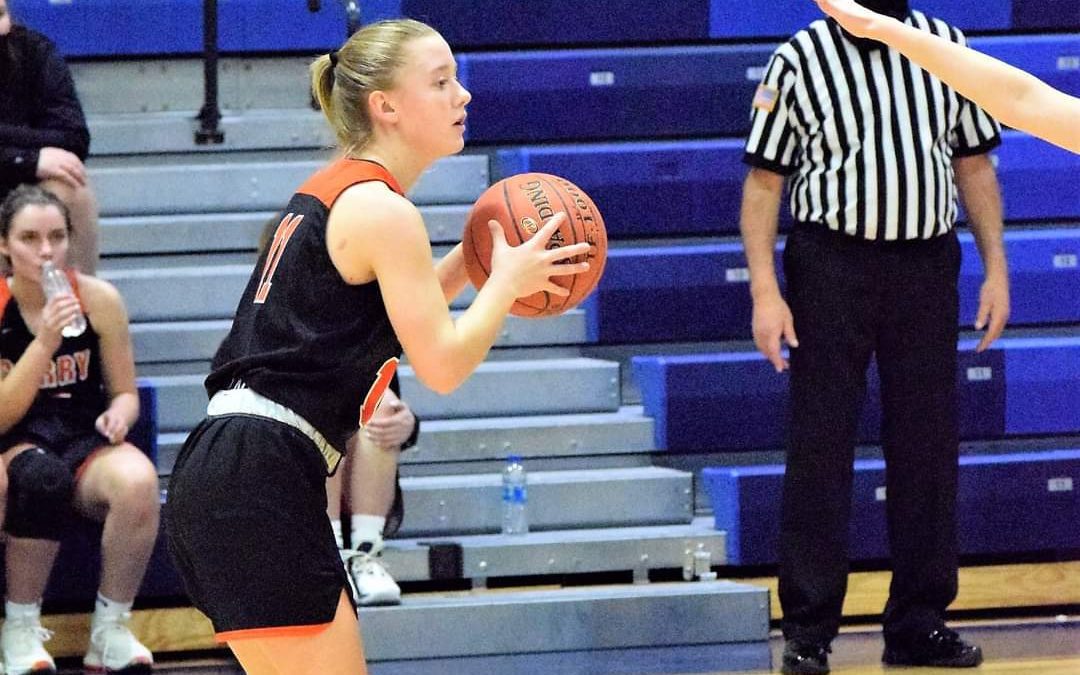 The teams were tied going into the fourth quarter, 23-23.

Abby McCall chipped in with 11 points and Sammy Momeyer eight for the winners, who led 39-13 at halftime.

MEADVILLE, Pa. – Aniyah Anderson and Malana Beach scored 14 points each to help Hickory to a 63-32 win over Meadville.

McKenzie Gustas and Emily Duncan had 13 points apiece for the Hornets, who led 34-15 at halftime.

Anderson also pulled down 13 rebounds in the win.

The win was the 150th for head coach Chris Burtch.

SLIPPERY ROCK, Pa. – Eight different Slippery Rock players made their way into the scoring column in a 54-18 win over Franklin.

The Rockets led 13-0 after the first quarter and never looked back.

Anna Kadlubek led the way with 11 points, while Maryann Ackerman had 10 and Ella McDermott eight.

Bellah DiNardo had 11 points and Keegan McConahy 10 for KC.

Rachel Majewski had seven points for the winners, who outscored Mt. Lebo 15-11 in the fourth quarter en route to the win.

Kayden Bird and Jessamine Saxton had seven points each for Northwestern.

HERMITAGE, Pa. – Sky’ler Thomas scored 36 points, including the game-winning 2-pointer late in the second overtime to lift Kennedy Catholic past Franklin in a thriller, 92-91.

Down 14 at the end of the third quarter, Franklin rallied to get the game to overtime behind the strong play of Easton Fulmer, who finished with 37 points. Fulmer scored 32 of his points in the second half and overtime periods. He went 13-of-17 from the free throw line and knocked down a pair of big triples in the first overtime to send it to a second.

Thomas knocked down six 3’s in the game, including two in the second overtime.

SAEGERTOWN, Pa. – Nathen Held scored 27 points as Cambridge Springs pulled away late in the fourth quarter for a 60-47 win over rival Saegertown in Region 2 action.

Trent Wheeler scored five of his 14 points in the fourth quarter for Cambridge Springs.

Jaden Wilkins had a strong game for the Panthers pouring in 18 points, while Brady Greco added 14. Wilkins scored 14 of his points in the second half.

SHARPSVILLE, Pa. – Mark Staunch scored 21 points to lead Sharpsville to a 62-51 over Bethel Park of the WPIAL.

Trian Holden had nine points to pace the Steelers.