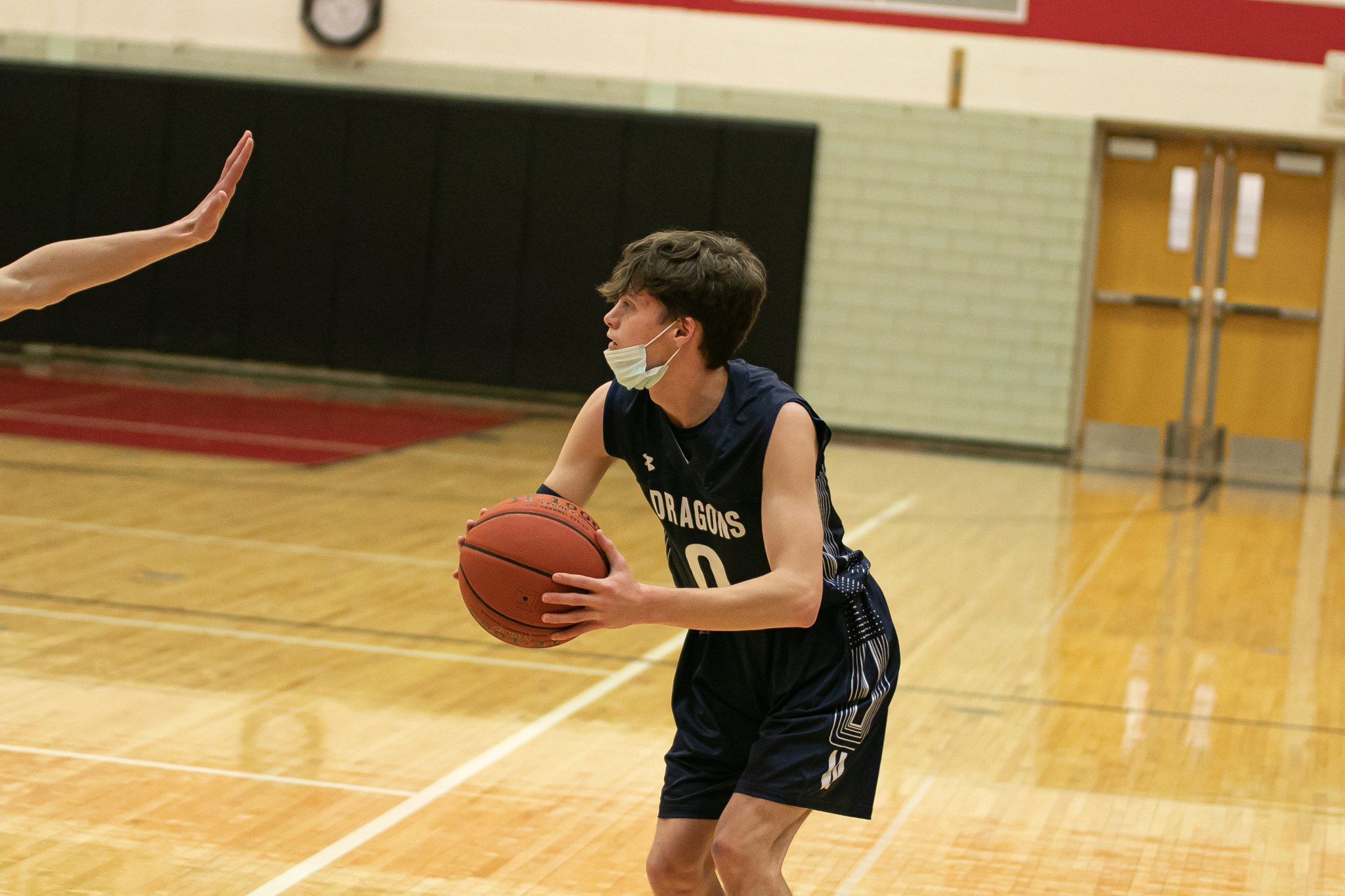 Ordiway drained five triples in the win and Berdine also pulled down 12 rebounds.

Ordiway talked about the win:

Brady Olewine scored a team-high 14 points for Youngsville, nine of which came in the second half.

The Dragons led 33-26 at halftime and outscored the Eagles 13-7 in the third quarter to push the lead to double figures.

Leading 24-23 at halftime, the Knights outscored the Blue Devils 19-11 in the third quarter to push the advantage to nine.

Jackson Doyle had a big game for the Blue Devils with 21 points, while James Thomas added 12 and Zak Ramsey 11.

Trailing by two at halftime, the Cardinals outscored the Panthers 34-23 in the second half.

Max Fuller had 11 points to pace the Panthers, while Brady Greco added 10 and Jaden Wilkins nine.

The Trojans outscored the Greyhounds in every quarter, including 20-7 in the second .

Cody Smith and Gavin Ennis added nine points each for the Huskies, who outscored the Tigers 12-5 in the fourth quarter en route to the win.

OIL CITY, Pa. – Outscoring Oil City by 12 points in the second half, Brookville erased a two-point halftime deficit to gain a 57-47 win over the Oilers.

Brookville, which led 21-14 after one quarter of play found itself trailing 27-25 at the break after being outscored 13-4 in the second quarter.

The Raiders, however, regained the momentum after halftime with Jace Miner scoring eight of his game-high 17 points after the break to lead the comeback.

Danny Lauer and Hunter Geer each added 10 points in the win for Brookville.

Isaiah Aeschbacher paced Oil City with 15 points, including seven in the second quarter and 11 in the first half with Judias Johnson adding 11 points for the Oilers.

Leading by one after the first quarter, the Blue Devils went on a 21-6 run in the second to assume control.

Brandon Snell had 12 points for the Tigers.

GROVE CITY, Pa. – Bethel Park outlasted Grove City 51-49 on the strength of a putback late in the game by Dolan Waldo.

Waldo had a game-high 27 points for Bethel Park.

Michael Brooks had a strong game for Grove City with 19 points, while Ben Knouse and Luke Hostetler added 11 each.

Connor Evans scored 20 points and Jackson Pryts 14 for the Hornets.

FRANKLIN, Pa. – Farrell outscored Rocky Grove by 16 in the first half on their way to a 59-39 victory.

Trian Holden had 17 points to lead the winners, while Omar Stewart added 16.

Caden Toscano had 16 points to lead the Orioles.

The Yellow Jackets jumped all over the Spartans, leading 20-4 at the end of the first quarter.

Ethan Gimber chipped in with 11 points for Girard.

The Tigers trailed by two at halftime but outscored the Rockets 50-27 in the second half.