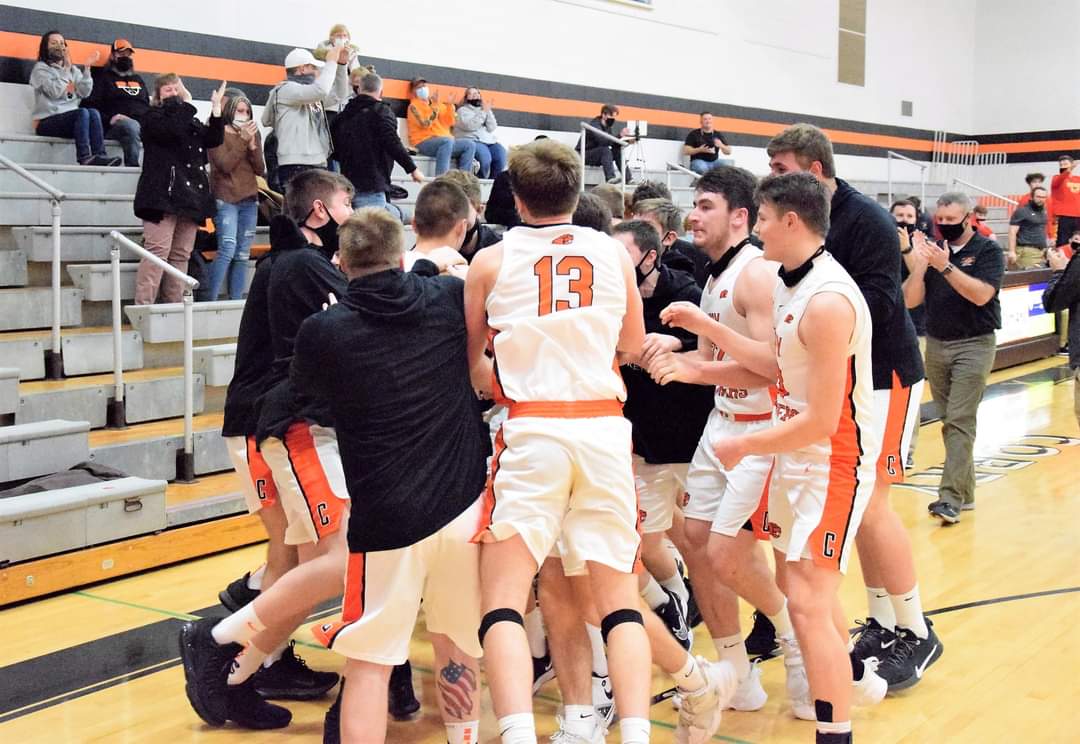 Corry celebrates its win over Girard. Photo by Jeff Parkin.

The tip-in put the finishing touches on a brilliant night for Brundage, as he finished with 19 points.

Austin  Barrett had 16 points and Ethan Getz 14 for the Yellow Jackets.

Robert VanWormer hit four 3-pointers on his way to an 18-point effort for the Oilers.

Chris Marshall had 18 points and Bryson Bain 12 for the Bulldogs.

The Big Reds led 24-13 after there quarters and were able to hold off a late Sailors’ rally.

Kennedy Catholic led by nine at halftime and outscored the Blue Devils 28-14 in the third quarter to take complete control.

Elijah Harden had 18 points for the winners.

The two teams were tied 45-45 at the end of regulation and 50-all after the first overtime.

Slippery Rock had a shot to tie the game at the end of the second overtime that was off the mark.

Ethan Plesakov had 14 points and John Sabo 11 for Slippery Rock.

Demetri Fritch poured in 30 points to lead Springdale past Farrell, 64-56.

Renee Ealy had 10 points for Wilmington