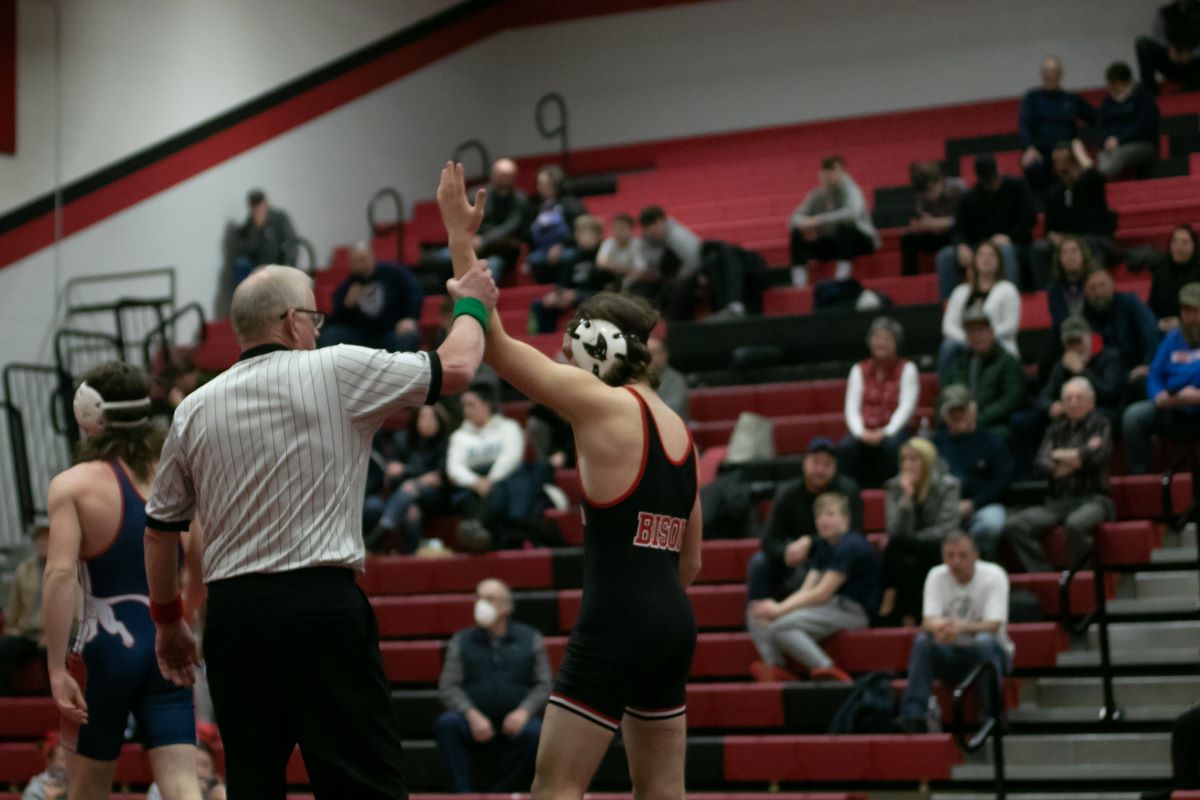 WATERFORD, Pa. – Fort LeBoeuf got five wins by pin in a 43-21 win over General McLane.

BELLEFONTE, Pa. – Clearfield got four wins by fall in a 39-24 win over Bellefonte.

Bellefonte had three wins via fall.

LINESVILLE, Pa. – Conneaut got four wins by fall in a 39-30 win over Franklin.

Jonah Heckathorne (172) and Jeremy Cunningham (189) won by fall for Franklin, which also got three wins via forfeit.

HADLEY, Pa. – Commodore Perry got four falls and four forfeits in a 59-10 win over Cochranton.

Also for the Panthers, Leyton Zacherl (127) and Wyatt Lazzar (145) won by a major decision.

Kyle Lantz earned a pin at 107 for Cochranton, while Blake Foulk earned a major decision at 139.

WATTSBURG, Pa. – Youngsville got seven wins by forfeit and three by fall in a 60-12 win over Seneca.

Cody Proper also earned a 6-2 decision over Josh Letko at 139.

Jordan Tuttle got a 4-1 decision over Lewis Hellyer at 145 and Adika Fiscus an 8-3 decision over Wyatt Swan at 107 for the Dragons.

GUYS MILLS, Pa. – Saegertown got five wins by forfeit and four by pin in a 57-10 win over Maplewood.

Chance McClendon got a pin at 215 for Erie.

Watch Live: Karns City at North Clarion Girls Basketball
Back on Track: DuBois, Youngsville Boys Snap Losing Streaks Jan. 18, 2023
This website or its third-party tools process personal data.In case of sale of your personal information, you may opt out by using the link Do not sell my personal information.
×
Manage consent