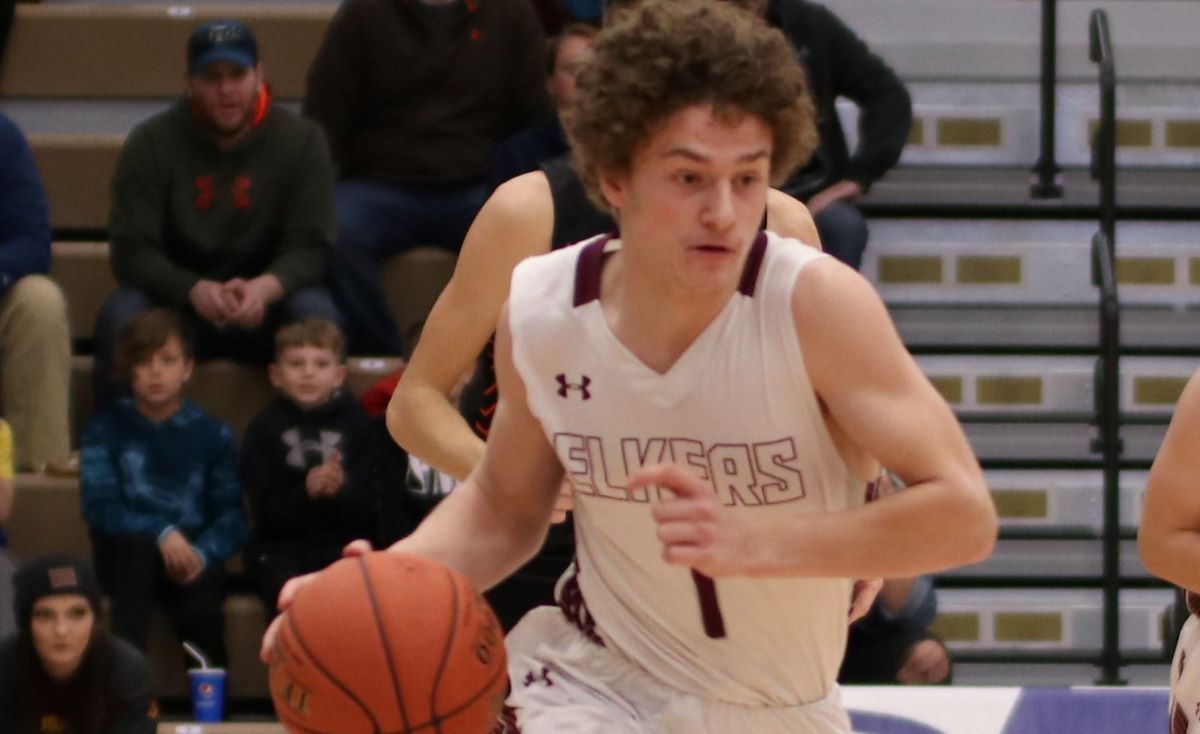 DUBOIS, Pa. – Dom Allegretto nailed a 3-pointer with one second left in overtime to give visiting Ridgway a 45-42 win over DuBois Central Catholic in AML South play.

The Elkers trailed by six, 36-30, going to the fourth quarter but rallied to tie the game at 38 thanks to four points from Eric Panebianco and a key 3-pointer from Aaron Sorg.

Then in overtimeAllegretto took over scoring six of Ridgway’s seven points including the game-winning triple.

Alec Srock led all scorers with 16 points for DCC but was held to just two total points in the fourth quarter and overtime. Srock completed a double-double with 10 rebounds.

SMETHPORT, Pa. – Connor FInchput an exclamation point on a fantastic night when he blocked a potential game-tying shot with 4.3 seconds left, and visiting Sheffield beat Smethport, 39-36.

Finch led the way for the Wolverines with a game-high 19 points to go with five blocked shots.

He scored eight of his points in the fourth quarter to help Sheffield rally from a 1-point deficit, 29-28, going to the final frame.

Alex Ognen and Preston Alfieri combined for 25 points for Smethport, but neither player scored in the fourth quarter.

Ognen the hUbbers with 13 and Alfieri added 12.

JOHNSONBURG, Pa. – Kole Asti scored eight of his season-high 10 points in the fourth quarter to help Johnsonburg rally past Brockway, 46-39, for a home AML victory.

The Rams trailed 35-30 going to the fourth quarter but outscored the Rovers 16-4 in the quarter thanks in large part to Asti, who hit three shots and was 2-for-3 from the line.

Noah Adams hit five 3-pointers on his way to a game-high 19 points but was limited to just a pair of free throws in the fourth quarter, Jared Marchiori added nine points for Brockway with Alex Carlson chipping in seven.

FOXBURG, Pa. – Behind 19 points and 11 rebounds from Jay Clover, A-C Valley beat visiting Cranberry, 65-44, for its second win over the Berries in five days.

Daum led the Wolves, who had 12 different players score, with 18 points with Hartle adding 16.

Collin Schmader chipped in nine points in the win.

Jan. 18 2022 D10 Girls’ Hoops: Warren Earns Big Region 6 Win Over McDowell; Callahan, Grove City Top Franklin; Youngsville Edges Ike
Jan. 18, 2022 D10 Boys’ Hoops: Darling Has Big Night in Eisenhower Win; LeBoeuf, Warren Notch Overtime Victories
We use cookies on our website to give you the most relevant experience by remembering your preferences and repeat visits. By clicking “Accept All”, you consent to the use of ALL the cookies. However, you may visit "Cookie Settings" to provide a controlled consent.
Cookie SettingsAccept All
Manage consent