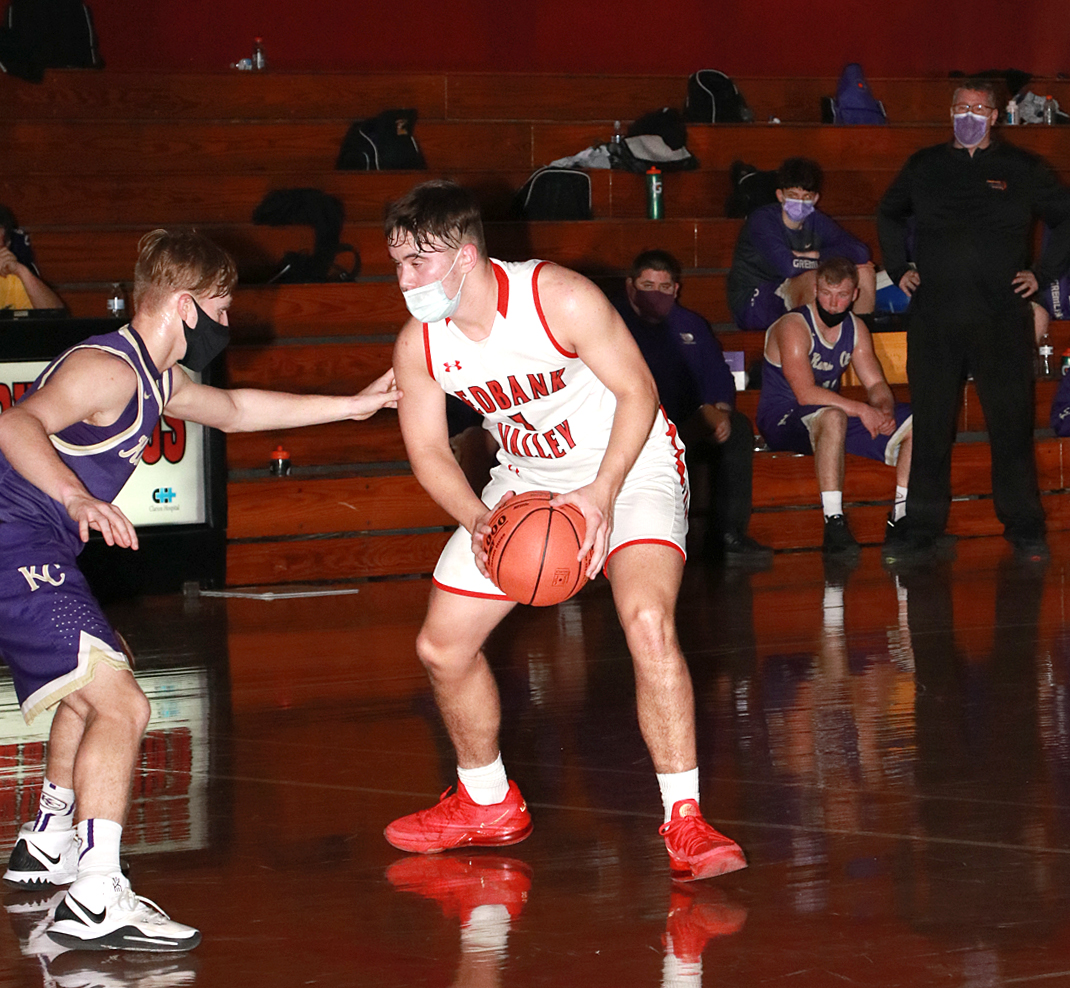 Bain scored all 21 of his points in the second half, 14 in the fourth quarter and the game-winning points when he sank a driving shot as he was fouled. The Gremlins had just missed their only free throw of the game just moments before the play.

The Bulldogs trailed 48-41 with 3:09 and with the Gremlins ready to take possession after a missed shot, Gremlins head coach Chris Bellis was whistled for a technical foul. Bain hit both free throws, nailed a 3-pointer on the ensuing possession and after the Gremlins turned the ball over on an offensive foul call 30 seconds later, Bain hit another 3-pointer to put the Bulldogs up 49-48 with 1:52 let to set up the wild finish.

Chris Marshall scored 14 points and Marquese Gardlock added 12 points for the Bulldogs while the previously unbeaten Gremlins got 23 points from Chase Beighley, who turned in another perfect effort from the foul line, canning all 10 of his attempts.

The Falcons had a chance to tie the game with 6.2 seconds left, but missed and were forced to foul.

The Crusaders used a 16-9 third quarter to assume control.

Charlee Breindl had 15 points for ECC and Mason McAllister 13.

Jake Merry had a big game for O-E with 20 points, including eight in the fourth quarter.

Union outscored North Clarion 19-6 in the fourth quarter en route to the victory, as Rainey was 8-of-9 from the free-throw line.

Collin Schmader had 11 points and Aiden Hartle 10 for the Wolves.

DUBOIS, Pa. – Payton Barnes scored 15 points and Ben Berdine 13 as Warren rallied from an early deficit to pick up its first win of the season 45-39 over DuBois.

The Dragons trailed 15-9 after the first quarter but rallied to take a 28-26 halftime lead.

The fast start for DuBois was keyed by Lennon Lindholm, who drained four first-quarter 3’s on his way to a team-high 16 points. Nick Felix added 11 for the Beavers.

A 17-6 third-quarter run helped the Bison, who trailed by one at halftime, take control of the game.

Riley Childress had 14 points for the Lady Dragons, who led from start to finish.

Saige Weible played a strong game for DuBois, finishing with a team-high 15 points.

Tami Geci had 11 points for ECC and Lucy Klawuhn 10.

ULYSSES, Pa. – Kane held off a late Northern Potter rally for a 28-27 victory.

Sadie Walter had seven points and Sarri Swanson and Madi Kosa six each for the Lady Wolves, who led 17-8 at halftime.

Aubrey Anderson had a strong game for the Lady Panthers with 15 points, while Courtney Martin added seven. Martin also had five steals and Anderson four steals.

Cayleigh Walker had 11 points and Emma Hipps eight for Clearfield, which outscored P-O 31-10 in the second half.

BROCKWAY, Pa. – Selena Buttery had 34 points, 18 rebounds, and three blocked shots to lead Sheffield to a 59-25 win over visiting Sheffield.

Jan. 16, 2021 D10 Hoops: Warren Sweeps DuBois; Franklin Boys Keep Rolling
Jan. 16, 2021 Wrestling Scoreboard Powered by Luton’s Plumbing, Heating and Air Conditioning
This website or its third-party tools process personal data.In case of sale of your personal information, you may opt out by using the link Do not sell my personal information.
×
Manage consent