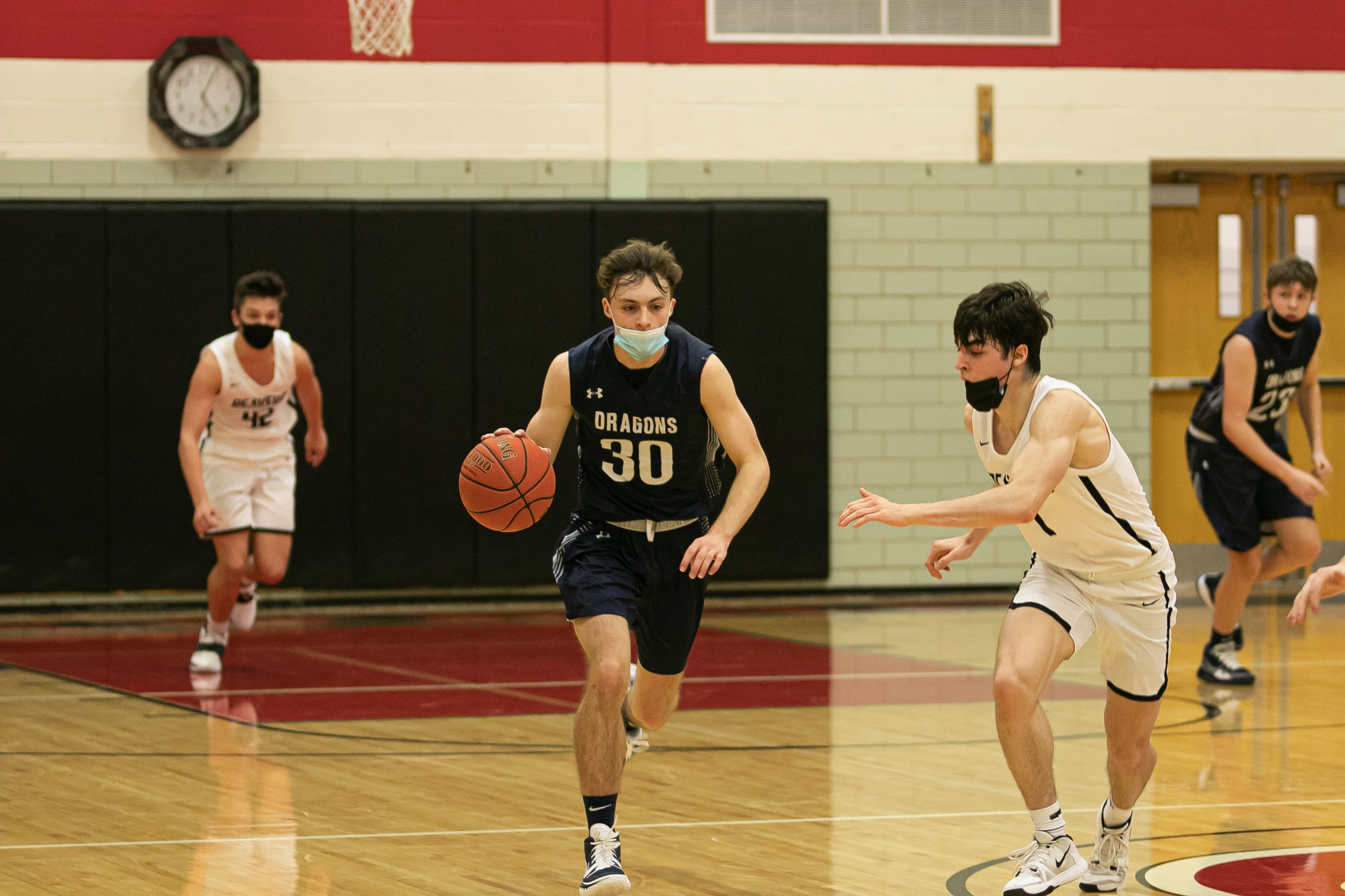 DUBOIS, Pa. – Payton Barnes scored 15 points and Ben Berdine 13 as Warren rallied from an early deficit to pick up its first win of the season 45-39 over DuBois.

The Dragons trailed 15-9 after the first quarter but rallied to take a 28-26 halftime lead.

The fast start for DuBois was keyed by Lennon Lindholm, who drained four first-quarter 3’s on his way to a team-high 16 points, while Nick Felix added 11.

FRANKLIN, Pa. – Host Franklin outscored Sharon 27-6 in the third quarter on their way to a 66-31 victory.

Easton Fulmer scored 17 points, including eight in that third quarter, for Franklin, while Luke Guth has 12 and Hayden Adams 10.

Sam Ellison had six points for the winners, including the game-clinching steal late in the game.

Isaac Clayton and Caden Toscano had nine points each for Rocky Grove.

Sam Burchard scored 12 points to lead a balanced Meadville effort in a 61-43 win over Mercyhurst Prep.

The Bulldogs, who jumped out to an early 9-1 lead in the first quarter, also got 10 points from Charlie Waid and eight each from Reese Pero and Savior Hughes.

Sky’Ler Thomas added 18 points for the Golden Eagles, who broke open a 6-point halftime lead with a 25-12 run in the third quarter.

Riley Childress had 14 points for the Lady Dragons, who led from start to finish.

Saige Weible played a strong game for DuBois, finishing with a team-high 15 points.

Clara Hannon and Becca Santom both had big games for GC, pouring in 19 points each. Piper Como added eight for the winners.

Alex Gallagher had 10 points for Meadville

The Trojans’ victory was keyed by a 17-2 run in the second quarter.

Jessica Hertz and Ella Gebhart had nine points each for McDowell.

Kayla Sherman and Courtney McDonald had nine points each for Girard

Abby McCall added nine points for the Tigers, who led 22-1 at halftime.

In total, eight different Fairview players made their way into the scoring column.

Lexy Hasbrouck and Tayler Elchynski had three points each for Corry.

Torsha McCall had 14 points and Alee Young 12 for Fort LeBouef.

Olivia Kulyk had 12 points and Anna Tranum 11 for the winners.