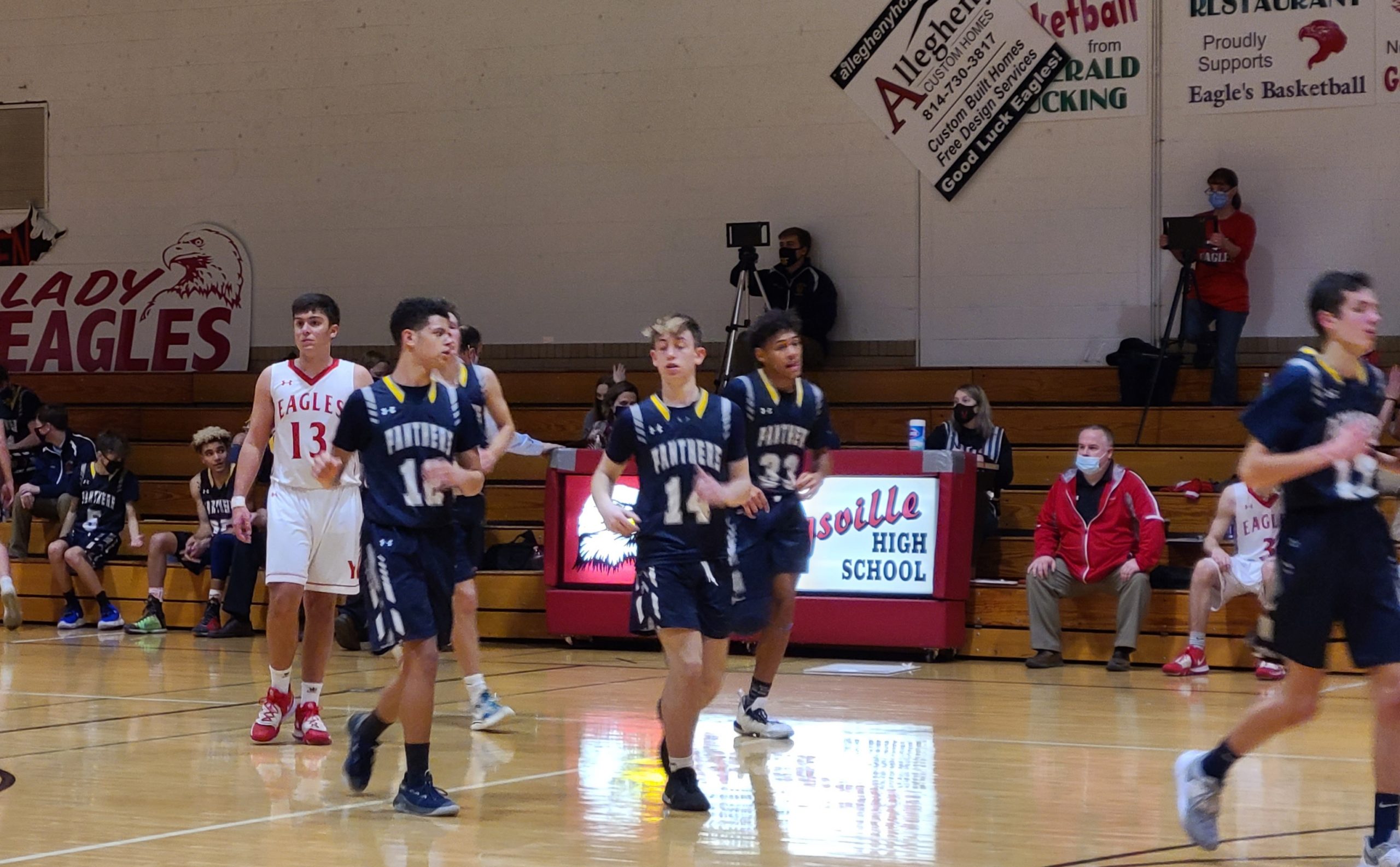 The Panthers overcame a big game from Youngsville’s Brady Kesterholt, who poured in 21 points.

Jaden Wilkins had seven points and ripped down 11 rebounds for the winners on his way to Allegheny Grille of Foxburg Player of the Game honors.

Wilkins talked about the win here:

CAMBRIDGE SPRINGS, Pa. – Nathan Held scored 15 of his game-high 21 points in the first half as Cambridge Springs toppled Iroquois, 58-26.

The Blue Devils took control right from the opening tip, racing out to a 35-11 halftime advantage.

Jayden Shinsky and Trent Wheeler were also in double figures for the winners with 12 and 11 points, respectively.

The Cardinals outscored the Knights in every quarter, including 20-10 in the third.

The Huskies outscored the Rockets 25-3 in the first quarter.

Manny Perez and Hunter Titus had four points each for Titusville.

The Tigers led by 11 after the third quarter.

Logan Frazao added nine points for the Tigers, while Tyler Shultz and Preston King had eight each.

Rylan Smith led three Corry players in double figures with 18 points, while Tucker Clark had 13 and Nick Brundage 10 for the Beavers.

Ethan Getz added 17 points for the Yellow Jackets, who broke the game open with a 16-8 run in the third quarter.

Evan Monefiori had 14 points and Aaron Collins 10 for EFC.

MEADVILLE, Pa. – Cameron Keyser poured in 26 points and Peyton McElhinny 24 as Jamestown cruised to a victory.

The Muskies, who led 40-9 at halftime, also got seven points from Sean McElhinny.

Deryah Stewart added 15 for the winners.

Madison McElhinny had 13 points for the Muskies.