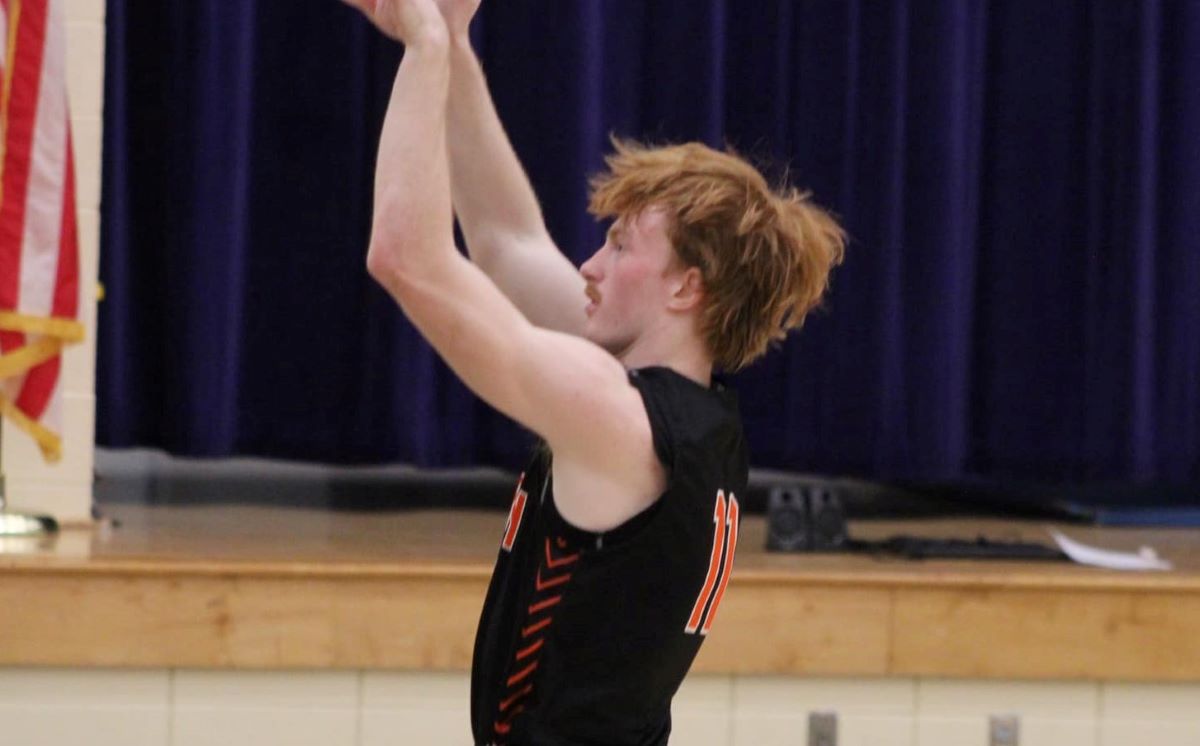 Christian Simko had 25 points and 7 rebounds in Clarion's win at Moniteau Thursday. Photo by Nathan Girvan

WEST SUNBURY, Pa. – Behind 25 points and seven rebounds from Christian Simko, Clarion snapped a two-game slide with a 62-48 win at Moniteau.

Gabe Simko, Christian’s younger brother, added 15 points and seven rebounds in the win for the Bobcats with Dawson Smail chipping in 11 points and six assists

Ryan Jewart hit four 3-pointers on his way to 13 points for Moniteau, while Kyle Pry added 11.

Karns City was without both Taite Beighley and Luke Cramer but hit five first-quarter 3-pointers, including two apiece from Cole Sherwin and Braden Grossman, to race out to a 25-9 lead after eight minutes.

Ferguson scored 11 points, grabbed eight rebounds, dished out eight assists, and came up with eight steals to lead the Lions.

SENECA, Pa. – Landon Chalmers had a 12-points, 14-rebound double-double to lift visiting A-C Valley to a 53-21 win over Cranberry.

Bryson Bain and Aiden Ortz each scored nine points for the Bulldogs.

Brayden Fox sent the game to overtime for DCC with a late 3-pointer that tied the game at 54.

Alec Srock had a double-double for DCC with 22 points and 10 rebounds while Andrew Green added 11 points and Jalen Kosko 10.

CURWENSVILLE, Pa. – Zack Tiracorda led a trio of West Branch players in double digits with 18 points to lead the Warriors to a 57-47 ICC North win at Curwensville.

Braucht netted 19 of his game-high 36 points in the fourth quarter and overtime. He hit three fourth-quarter 3-pointers to help Penns Valley tie the game at 43 after trailing 36-32 going to the fourth quarter.

Katie Sheeler added 14 points and three steals for the Lady Terrors who also got six points and five steals from Anna Merry.

Jan. 13, 2022 D10 Boys’ Hoops: Franklin Powers Past Wilmington; Hickory Outlasts Grove City
Wingard Block Set the Stage for 59-56 Keystone Win over Union
This website or its third-party tools process personal data.In case of sale of your personal information, you may opt out by using the link Do not sell my personal information.
×
Manage consent