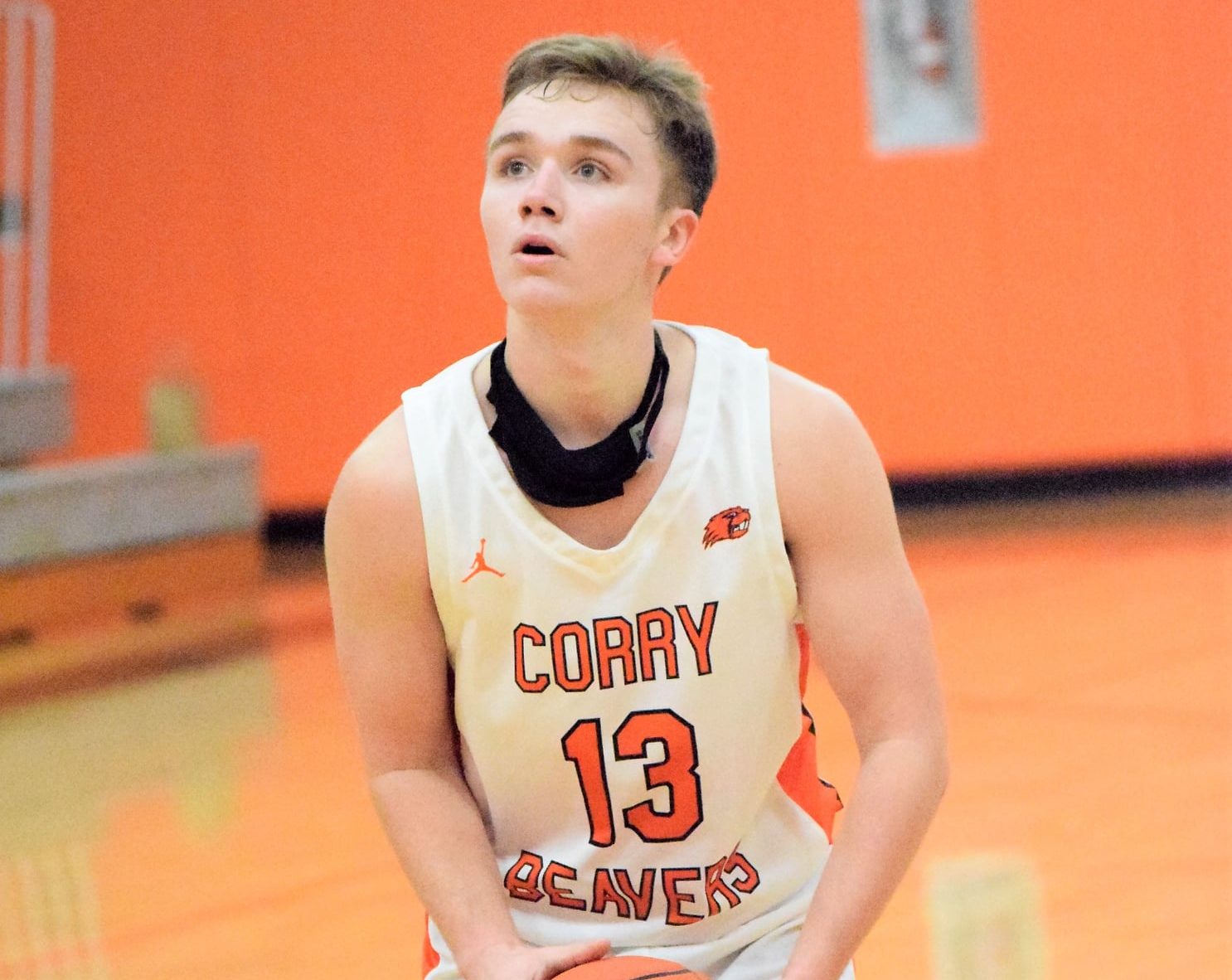 The Beavers outscored the Cardinals in every quarter en route to the win, leading 29-25 at halftime.

Joncas knocked down three threes in the win, while Markus Lambert added six points for Corry.

Chase Miller poured in a game-high 16 points for Cochranton, while Landon Homa and Wyatt Barzak had seven each.

ALBION, Pa. – Playing for the first time in the new year, Northwestern earned a 55-34 Region 3 victory over Conneaut (Ohio).

Cam Perkins led the way for the Wildcats, scoring 24 points and dishing out five assists. Ryan Tewell was also in double figures scoring with 12 points, while Eric Steinle had a monster night on the glass with 21 rebounds.

Robert Hagstrom and Chase Carpenter had eight points each for Conneaut.

The Hornets outscored the Oilers 23-10 in the second half after leading 20-14 at halftime.

Maddy Marczak had 15 points to lead all scorers for Oil City.

Jan. 12 D9 Girls’ Hoops: Kelly Helps Moniteau Snap Union’s 7-game Win Streak; NC Survives Keystone; Punxsy Beat ECC
Jan. 12, 2022 D9 Boys’ Hoops: Breindel Hits Game-Winner for ECC in OT; DuBois, Kane Rally for Wins; OV Holds on for Victory
We use cookies on our website to give you the most relevant experience by remembering your preferences and repeat visits. By clicking “Accept All”, you consent to the use of ALL the cookies. However, you may visit "Cookie Settings" to provide a controlled consent.
Cookie SettingsAccept All
Manage consent