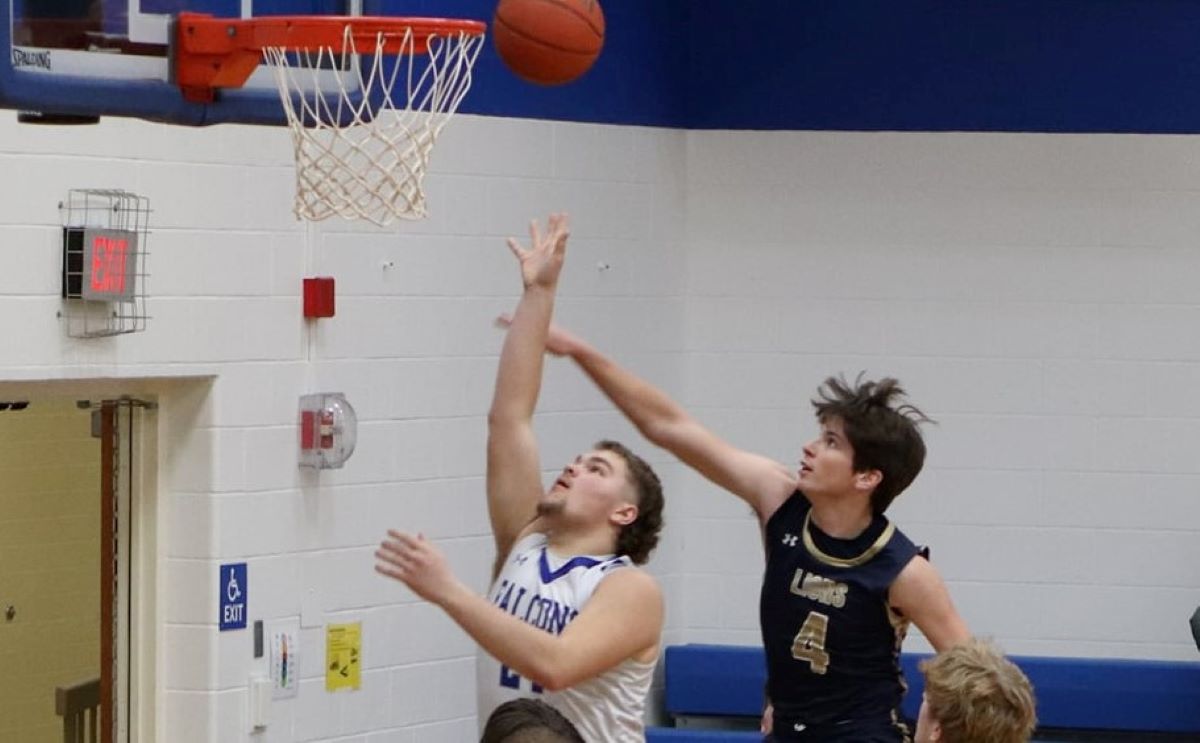 FOXBURG, Pa. – Jordan Hesdon scored eight of his 10 points in the fourth quarter to help visiting Clarion-Limestone rally to a 58-47 win over A-C Valley.

The Lions trailed 43-41 going to the fourth quarter before outscoring the Falcons 17-4 in the final eight minutes.

Hesdon did most of his damage from the line in the final frame hitting 6 of 6 free throws, as C-L was 8 of 8 from the line the quarter and 17 of 18 from the charity stripe in the game.

Park led the Elkers with 16 points with Allegretto adding 15.

The duo did a lot of their damage in a 23-point fourth quarter to help Ridgway overcome a 31-27 deficit entering the final eight minutes.

Rainey scored 20 points to lead Union, which led by just two (32-30) going to the fourth quarter. He was 12 of 12 from the line in the game and added six assists, three rebounds, and two steals.

Dawson Camper added a double-double for the Golden Knights with 10 points and 17 rebounds, while Skyler Roxbury chipped in eight points.

MARIENVILLE, Pa. – Colin Zerbe and Noel Bunyak each scored 14 points to help Cranberry to its first win of the year with a 63-18 victory over Forest Area at East Forest.

Ashton Weaver added 11 points for the Berries with Nikolas Blauser chipping in eight.

OIL CITY, Pa. – Owen Clouse led a four-some of Redbank Valley players in double digits with 15 points, as the visiting Bulldogs rolled to a 64-21 win over Venango Catholic.

Chris Marshall added 14 points for Redbank Valley with Marquese Gardlock chipping in with 11 and Bryson Bain 10.