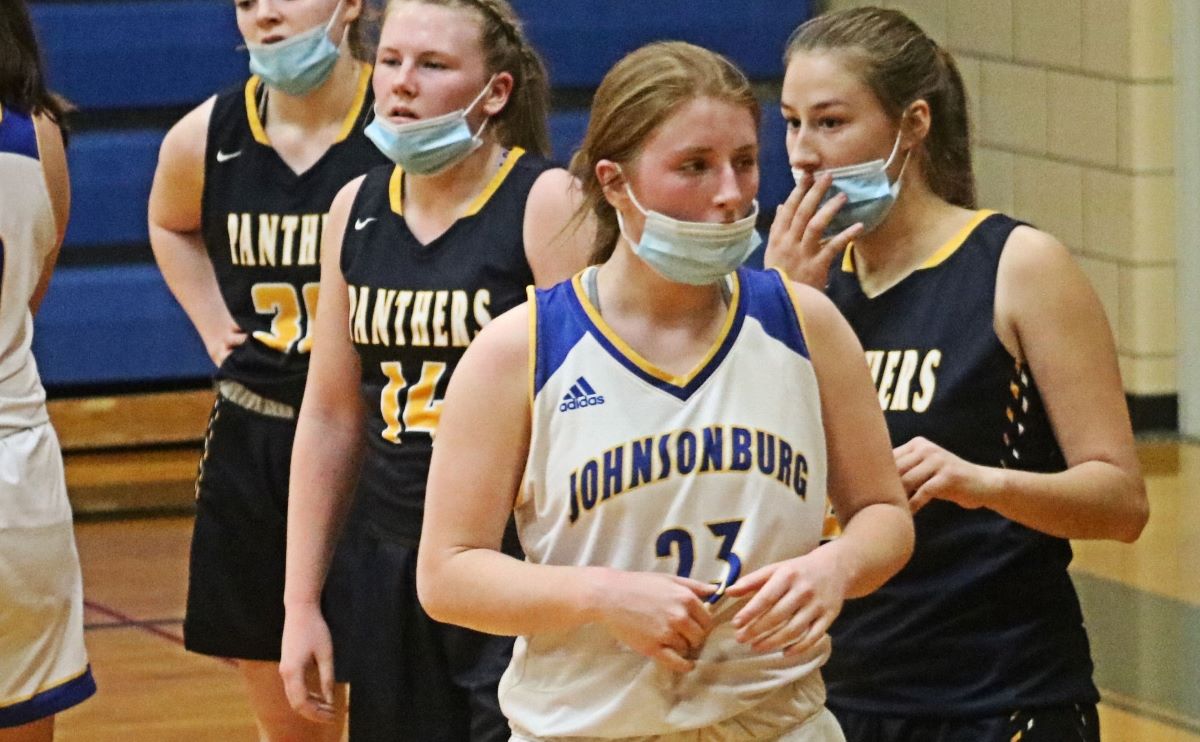 Kaci Stelene had 20 points, 14 rebounds in Johnsonburg's win over Kane Tuesday. File photo by Bob Parana of the Ridgway Record

JOHNSONBURG, Pa. – Kaci Stelene turned in a monster double-double with 20 points and 14 rebounds while also adding three steals and an assist to lead Johnsonburg past visiting Kane, 39-28, in AML North action.

RIDGWAY, Pa. – District 9’s leading scorer Danielle Wood made the front end of a 1-and-1 with 1.9 seconds left to lift Brockway to a 29-28 win at Ridgway in AML South action.

The Lady Rovers used a strong third quarter where they outscored the Lady Elkers 13-7 to take a 26-23 lead into the final eight minutes, and then neither team got much offense in the fourth quarter combining for a total of eight points, five from Ridgway.

Selena Buttery led Brockway with a double-double of 19 points and 12 rebounds while also blocking five shots.

Wood, who entered the game averaging 19.5 points per game, was held to a season-low six points but did score the point that mattered. She also handed out four assists.

DUBOIS, Pa. – Scoring all but seven of its points before halftime, visiting St. Marys picked up a 27-20 D9 League victory over DuBois.

EMPORIUM, Pa. – Kayleigha Dowell had 14 points, 10 rebounds, and three steals to lead Port Allegany to a 35-27 win at Cameron County in NTL play.

Isabella Reese had a double-double for Austin with 14 points and a game-high 12 rebounds, while Ella Brewer added 10 points.

Emma Chambers chipped in 13 points for the Lady Falcons with Sierra Myers and Liz Frame each scoring nine points.

Jan. 11, 2022 D10 Boys/Girls Hoops: Warren, Cambridge Springs Boys Pick Up Key Region Victories; Greenville Rallies for Win
Jan. 12, 2022 District 9 and District 10 Basketball Schedules Powered by Hunter’s Station Golf Club
We use cookies on our website to give you the most relevant experience by remembering your preferences and repeat visits. By clicking “Accept All”, you consent to the use of ALL the cookies. However, you may visit "Cookie Settings" to provide a controlled consent.
Cookie SettingsAccept All
Manage consent