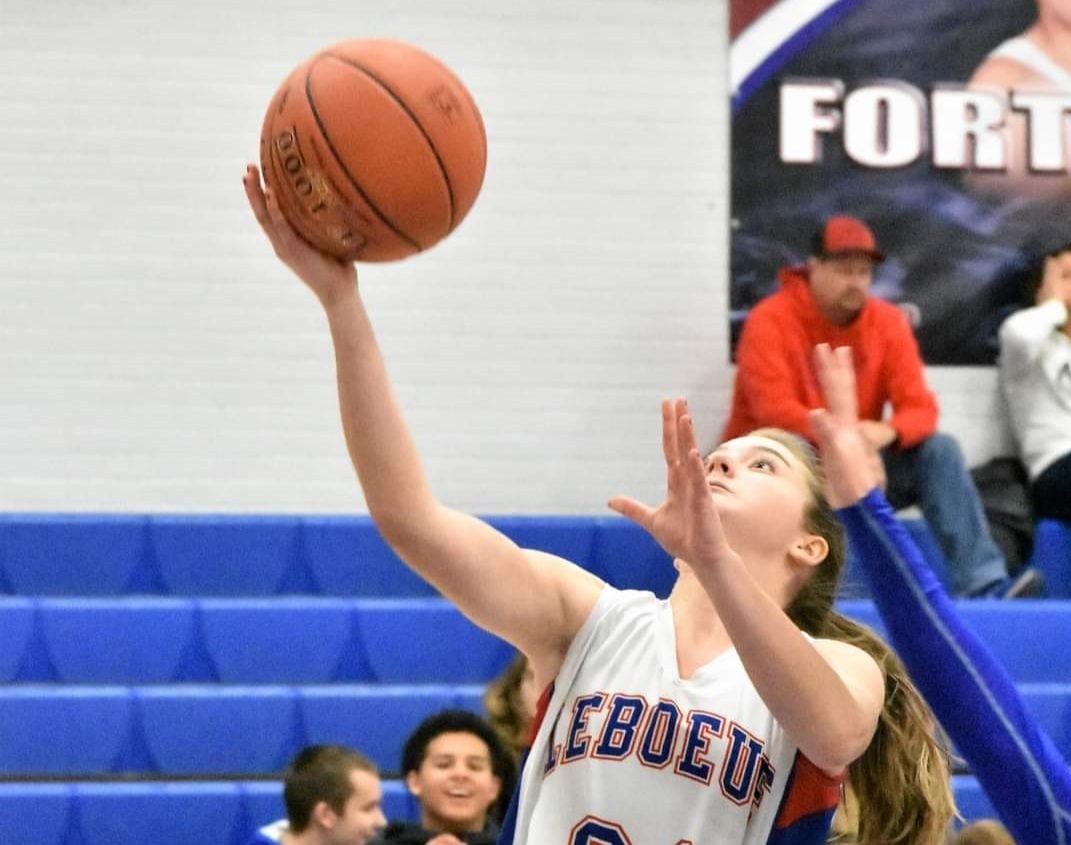 LeBoeuf outscored the Wildcats by three in the fourth quarter to earn the victory.

HERMITAGE, Pa. – Hickory jumped out to a big lead early in its 55-23 win over Wilmington.

As a team, the Lady Hornets hit seven triples.

Aniyah Anderson chipped in with 16 for the winners and McKenzie Gustas 11 first-half points.

KC jumped out to a 20-point lead at halftime.

Catherine Reynolds had 16 points for the winners as well.

It was almost an epic comeback for the Lady Tigers, who trailed by 15 at the end of the first quarter and 27-15 at halftime.

They outscored Beaver Falls 14-5 in the fourth quarter.

Josie Lewis had 11 points for Greenville.

Sienna Dauer and Carissa Dunham added six point each for the Victors, who led 36-3 at halftime.

Yost had 11 points for the winners, while Justin Walker led with a team-high 12 points.

Logan Kibbe also had 11 points for the winners.

For Saegertown, Brady Greco scored 10 of his game-high 14 points in the second half for Saegertown, while Jaden Wilkins and Max Fuller had 13 apiece.

Jan. 11, 2021 District 9 and District 10 Basketball Scores
Jan. 11, 2021 D9 Hoops Recaps: Weaver, McMillen Lift Punxsy, KC Girls to Wins; Siegel Double-Double for NC Girls; DCC, DuBois Boys Win
We use cookies on our website to give you the most relevant experience by remembering your preferences and repeat visits. By clicking “Accept All”, you consent to the use of ALL the cookies. However, you may visit "Cookie Settings" to provide a controlled consent.
Cookie SettingsAccept All
Manage consent