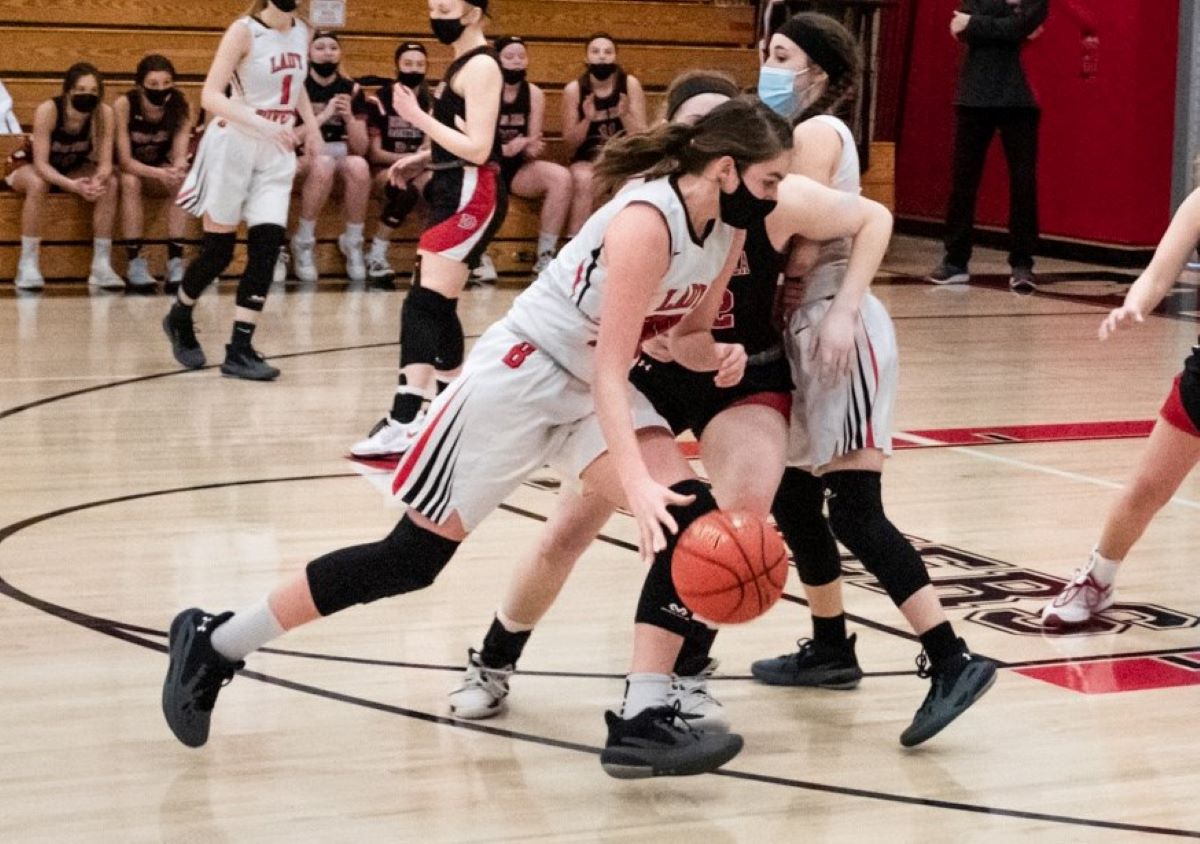 Danielle Wood also had a double-double for the Lady Rovers with 15 points and 10 rebounds while adding six steals.

Madelyn Schmader also pulled down 10 boards for Brockway while scoring five points and coming away with six steals, and Raegen Gelnette had nine rebounds and two points.

Risser was one of 10 Lady Cardinals to score with Jessy Frank and Lexi Berta each adding nine points and Faith Jacob eight.

Lily Homan had a game-high 15 points for Venango Catholic, including 10 in the third quarter.

Chloe Presloid and Danielle Griebel each added seven points for the Lady Chucks with Griebel handing out three assists while coming away with five steals and Presloid also dishing out three helpers to go with three rebounds, two steals, and a blocked shot.

Croyle led the Golden Damsels with 15 points with Kriebel adding 13.

Kennedy Vogle also scored 10 tallies for Union, including eight in the second quarter when the Damels outscored the Lady Gremlins 17-7 to take a 29-18 halftime lead.

It was the seventh straight win for Union after an opening-game loss to Elk County Catholic.

SENECA, Pa. – Alayna Haight scored 15 of her game-high 23 points in the second half, including 12 in a game-securing third quarter as Brookville beat Cranberry, 58-28, Monday night.

The Lady Raiders led 25-16 at halftime before outscoring the Berries, 20-4, in the third quarter.

SHARPSVILLE, Pa. – Sharpsville jumped out to an early double-digit lead and withstood a second-half comeback attempt from Redbank Valley in a 63-51 interdistrict win on Monday.

Redbank Valley, which trailed by as many as 18 in the second half, cut the margin to four with 30.2 seconds to go in the third quarter on an Alivia Huffman bucket. Sharpsville’s Chasie Fry responded with a three-point play to close the quarter.

The Bulldogs got within five in the fourth before an Alli Davis three spearheaded a 9-0 Sharpsville run that put the game out of reach.

Davis scored 15 points and was named the Allegheny Grille of Foxburg Player of the Game.

Sharpsville, which jumped out to a 14-2 lead in the first quarter and drained eight threes in the game, also got 18 points from Fry and 10 each from Ady Kratko and Breanna Hanley.

Redbank Valley, which was without a pair of key contributors in Madison Foringer and Claire Clouse, battled to get back in the game thanks to the strong play of Huffman, who finished with a team-high 15 points.

The Bulldogs trailed 36-20 at halftime, cutting the margin to seven, 46-39 at the end of the third quarter.

Mylee Harmon finished with 10 points and Caylen Rearick nine for Redbank, which suffered just its second loss of the season.