In Battle of Softball Powerhouses, DCC Falls to West Greene in Class 1A Semifinal Powered by North Washington Rodeo 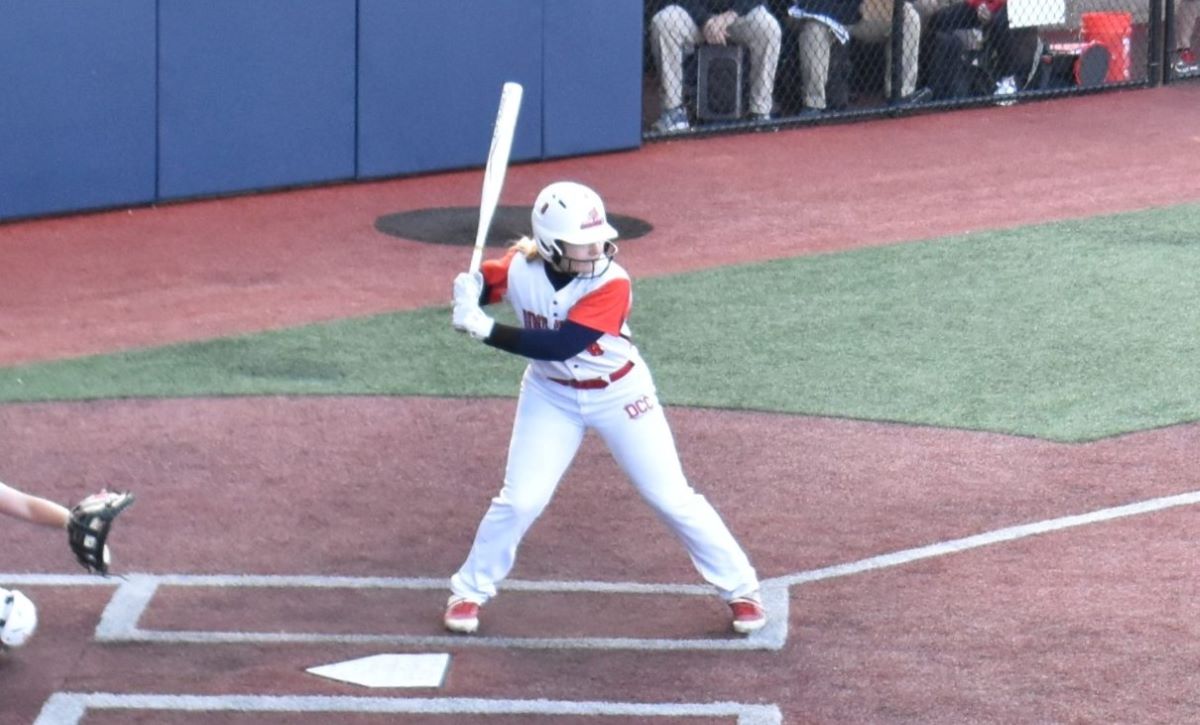 SLIPPERY ROCK, Pa. – DuBois Central Catholic had the lead and the momentum against West Greene in their PIAA Class 1A semifinal game on Monday. Then the rain came.

After the game was delayed one hour and 35 minutes to start, a second delay came in the top of the third at Slippery Rock University that began with DCC leading 1-0. It ended about an hour later, and not long after, the lead evaporated in what was ultimately a 12-1 final that lifted the Pioneers into the state title game once again. They won back-to-back state crowns in 2017 and 2018.

“I don’t want to make any excuses,” said DuBois Central Catholic coach George Heigel. “They had a rain delay just like we did.”

The Lady Cardinals had some uncharacteristic miscues, and that, along with some well-placed hits by the Pioneers, led to the game getting away from DCC late.

“We had the opportunity to defend and we didn’t do a very good job,” Heigel said. “We didn’t hit, we didn’t defend as good as we can and that’s a recipe for a tough game and that’s what it was.

“West Greene is a tough team. I knew when I went to scout them I thought it was the best team they’ve had. They’ve had some good teams.”

DCC took the lead in the first inning, as Kayley Risser walked, stole second and scored on Mia Meholick’s RBI double. That was all the Lady Cardinals god off Kiley Meek, however.

“I think their pitcher is better than what they’ve had,” Heigel said.

As for his pitcher, Morgan Tyler, she was better than her final line indicated. She allowed 13 hits and nine earned runs, walking six and striking out five.

Right after the rain delay, the Pioneers (21-2) went to work in the third. Meek got them on the board with her RBI groundout, and Olivia Kiger made it 3-1 with her 2-run double, this after striking out against Tyler in the first inning.

Things just snowballed from there for DCC, which allowed nine runs over the final three innings. Kiger and Meek both had multiple run-scoring hits and finished with a team-high three RBIs apiece.

“I didn’t think they would hit Mo (Tyler),” Heigel said. “She was strong. It was one of those games where she threw a lot of balls and had a lot of walks, but she wasn’t missing by a lot. Balls that were looking like they were hitting the outside part of the plate but were called balls. She’s like any pitcher, if you don’t defend behind her, things compound. It’s hard on a pitcher when you don’t make plays that you should make.”

West Greene had a number of extended at-bats against Tyler, especially early in the game. Jersey Wise set the table at the top of the lineup, going 2-for-4 with a stolen base and a pair of runs, while Maddie McClure and Taylor Karvan drove in two runs apiece. London Whipkey had a team-high three hits and an RBI, while Katie Lampe scored three runs.

The Pioneers scored three runs in the fifth, two in the sixth, and four more in the seventh and outhit DCC, 13-6.

Chelsea Busatto and Madi Hoyt had two hits apiece to lead DCC. One of Hoyt’s hits was a 1-out triple in the second inning, but she was left stranded.

“I’ve never had a group that worked so hard,” Hegiel said. “We would hit for two hours and they would each get 400 to 500 swings and I would get ‘coach, can you pitch to be early tomorrow before practice.’ They just wanted to keep working. Winning 21 games and getting into the western finals is an accomplishment for any program. We hope to continue to get this far every year. We have a lot coming back.”

For West Greene, it’s on to Penn State, where they will meet Tri Valley, a 7-3 winner over Halifax. The state championship game in Class 2A is slated for Friday.

“You’ve got to give West Greene a lot of credit,” Heigel said. “Every year, and that small town and that small school, they’re solid every year and are used to being in this situation. Four out of five years we’ve been here and we’ve only managed to beat them one time. We’ll keep giving it a try.”

Brief: Griffin, Ligonier Valley Too Much for Union City (Much More Coming Later) Powered by North Washington Rodeo
Dream Season Comes to an End for Union City in PIAA Class 2A Semifinals Powered by North Washington Rodeo
This website or its third-party tools process personal data.In case of sale of your personal information, you may opt out by using the link Do not sell my personal information.
×
Manage consent