Imhotep Powers Past Cathedral Prep in 5A Quarterfinals 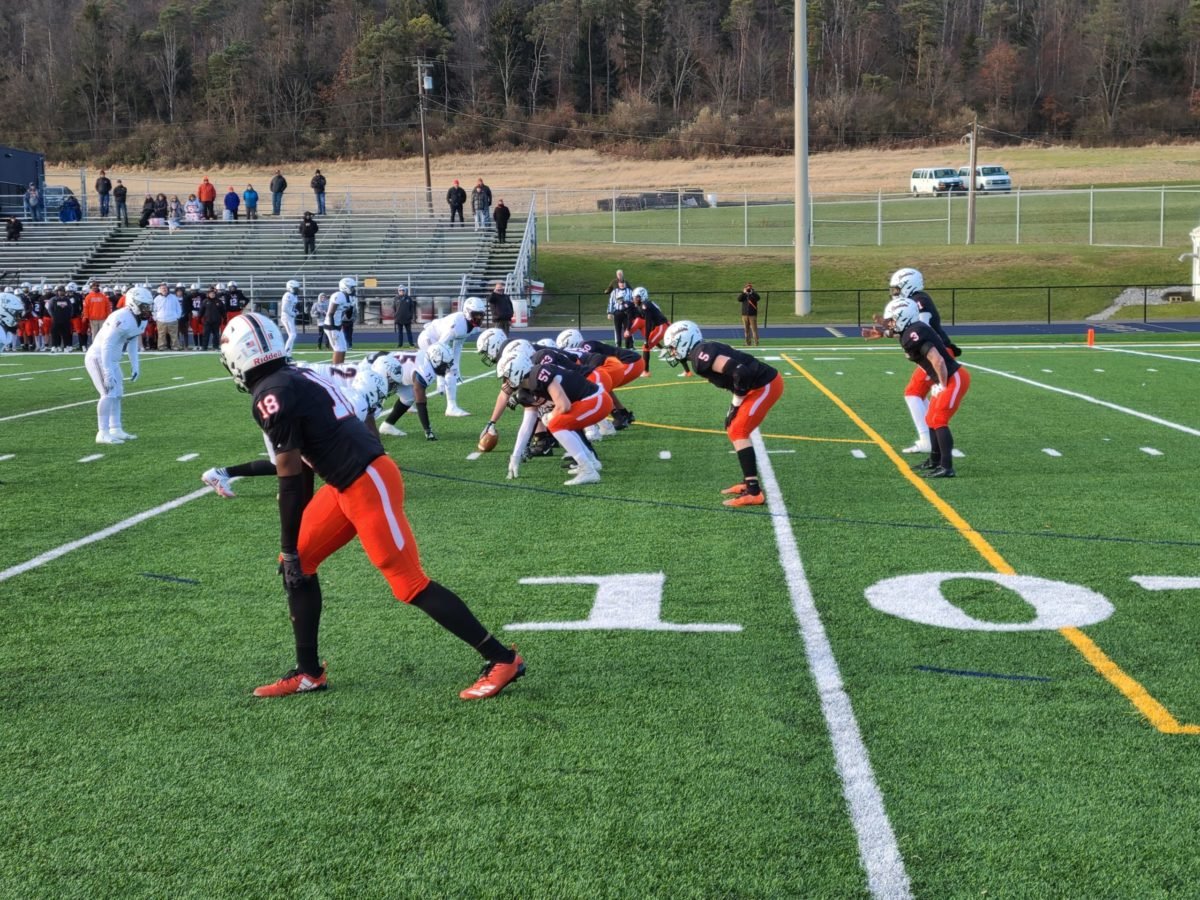 The sophomore running back rushed for 289 yards on just 12 carries and scored on three long touchdown runs to help the Panthers to a 42-7 win over the Ramblers in the PIAA Class 5A quarterfinals at Bald Eagle Area’s Alumni Stadium.

“The run game was working for us today,” McLeod said. “The offensive line did a great job.”

In the win, Imhotep also reversed some recent misfortune against Prep. The two teams met for state championships four years in a row from 2015-2018. Imhotep won the first meeting, back in the old classification system when the teams were both in Class 3A, but the Ramblers rattled off three consecutive wins from 2016-2018.

“We knew it was going to be a great game and they were going to come out ready to play,” said Imhotep coach Devon Johnson. “We can’t take anybody lightly.”

The Ramblers also had to contend with a pair of elite edge rushers in Keon Wylie and Enai White. Wylie, a Penn State commit, had a pair of sacks in the first half, and he and White (who is the top-ranked defensive end recruit in the nation and has a final four of Alabama, Georgia, Texas A&M and Ohio State) made life difficult for the Prep offensive line and quarterback Carter Barnes.

Prep amassed just 42 yards of offense in the first half as Imhotep built an 18-0 lead.

“Our double teams just weren’t getting there,” said Prep coach Mike Mischler. “They were able to shut our run game down and Carter didn’t have a lot of time to throw. They have dudes everywhere. Congrats to them and good luck to them.”

Each team traded punts on their first couple of possessions, but the Panthers’ offense got rolling on their third drive, as Mikal Davis found Terrance Adams for a 29-yard score to make it 6-0 with a minute to go in the first quarter.

The Panthers didn’t have to throw too much beyond that. They scored a pair of touchdowns in the second quarter courtesy of McLeod, who busted loose for an 80-yard score and Rahmir Stewart, who scored on a 1-yard run to seal a 47-yard drive.

The Ramblers found life early in the second half, as Mike Parks surpassed his total first-half yardage with a 31-yard burst to begin what turned out to be a 67-yard scoring drive. Barnes, who led Prep with 85 yards rushing, put the finishing touches on the drive with a 1-yard touchdown run to make it 18-7 after Cole Constable’s extra point.

“I was proud that we came out in the second half and went down and scored,” Mischler said. “We started running Carter a little more. I thought he played a great game. We basically committed to staying in our double teams and trying to hit more outside zone. We had the nice, long run by Mike, you know, plays we’re used to getting.”

It was just too much McLeod after that.

He scored on runs of 64 and 44 yards in the second half, the latter of which put the running clock in effect after the two-point conversion.

Sandwiched in between was a methodical drive by the Panthers that covered 64 yards and was punctuated by a 2-yard touchdown run from Davis.

The Ramblers drove inside the Imhtop 10 late in the fourth quarter, but Stewart shut that down with an interception.

Parks finished with 74 yards on the ground, with the total yardage finishing 393-182 in favor of Imhotep.

Kelyn Blossey had three tackles for the Ramblers and John Koshan a pair of tackles for loss.

Imhotep (10-1) advances to play Strath Haven in the semifinals next week, while the Ramblers finish the season with a record of 11-2.

“We’re proud of this football team and what they did, but we just weren’t good enough to win,” Mischler said. “These last two years have been difficult years. I think every team in America is going through the same stuff. I give the kids credit for all they have had to go through. To have the season that we did and be able to get this far and do what we did, I think it speaks volumes about their character.”

Nov. 27, 2021 Football Scores
Farrell, Redbank Valley Both to Play Friday Night in PIAA Semifinals
We use cookies on our website to give you the most relevant experience by remembering your preferences and repeat visits. By clicking “Accept All”, you consent to the use of ALL the cookies. However, you may visit "Cookie Settings" to provide a controlled consent.
Cookie SettingsAccept All
Manage consent