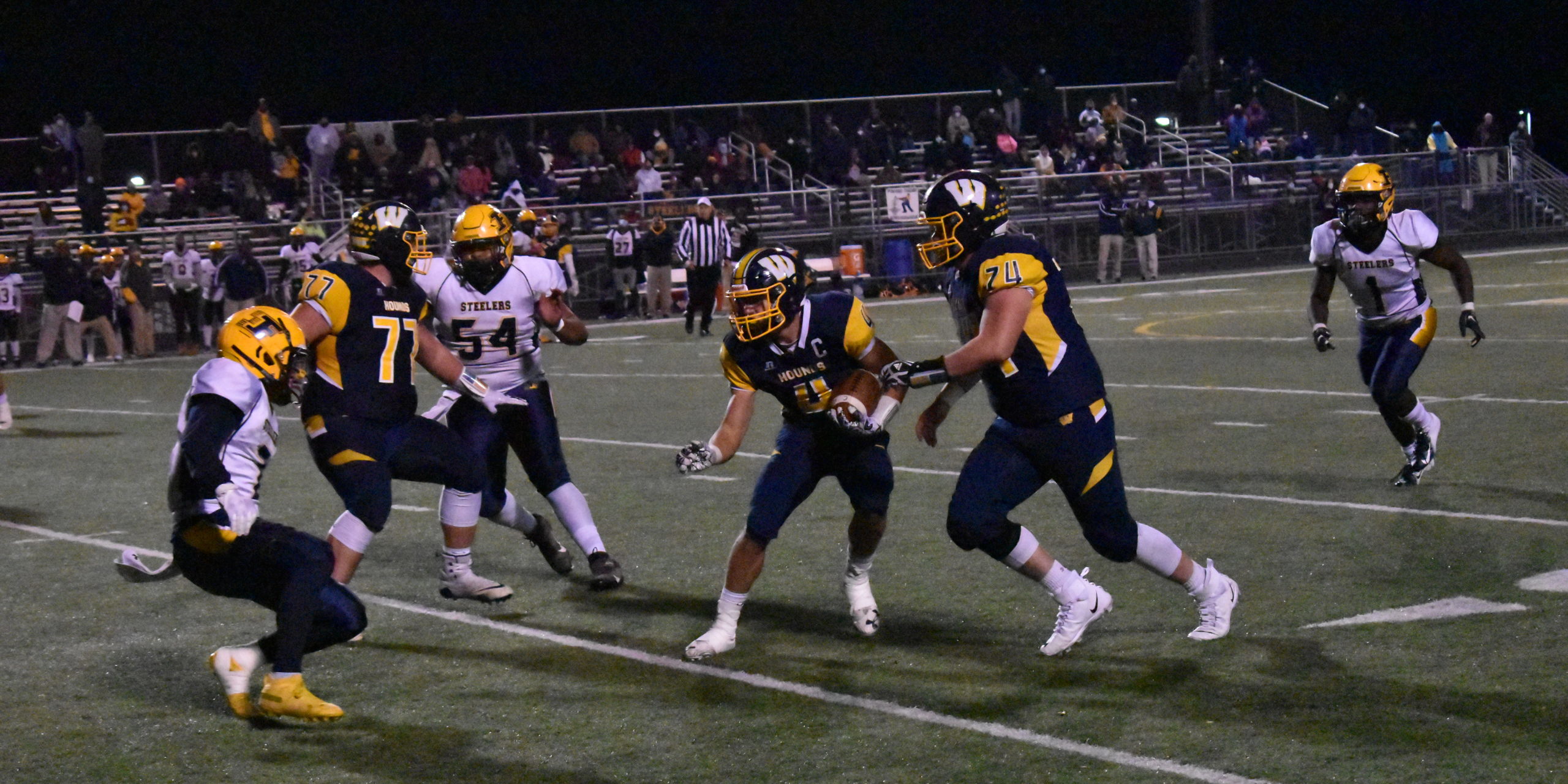 The Wilmington Greyhounds are hoping the third time’s the charm.

On Saturday (11 a.m., Hersheypark Stadium), they will face Southern Columbia for the PIAA Class 2A championship, after doing so in both 2017 and 2018 as well.

“This Southern Columbia football team, this 2020 edition is an excellent football team,” said Wilmington (11-0) third-year head coach Brandon Phillian.  “People have asked me what do you see different from 2017 and 2018 and, honestly, not much.”

The Tigers (11-0) enter the game as high school football royalty, carrying a 59-game winning-streak into the contest. Their last loss came to Steel Valley in the 2016 state championship game.

Wilmington, which is coming off a thrilling 20-18 win over Beaver Falls, is right there with them, winning five-straight District 10 titles. The only year they didn’t reach the state final was 2019, when they lost to Avonworth in the PIAA semifinals.

“You really have to look at the program as a whole,” said Phillian of his squad’s ability to have postseason success. “It’s a program that was built by Terry Verrelli. He really laid the foundation and I just feel blessed and honored to be able to continue that tradition

“But I think the biggest reason why we’ve been able to have that culture and that tradition is really the support that the community and the families provide. These players, they commit themselves, and their families also make a serious commitment to get their kids to practice and to invest the time. And then the constant support that we receive from our school and from our community, I think that’s a big reason why as a program we’ve been able to be successful.”

Offensively, the Greyhounds are led by a dominant running game, paved for by a powerful offensive line. Running backs Ethan Susen, Darren Miller and Luke Edwards, as well as quarterback Caelan Bender lead the way.

And they, along with all the other Greyhound seniors, remember 2017 and 2018.

“I think the fact that those guys remember 2017 and 2018 helps,” Phillian said. “We have a tremendous amount of respect for Southern Columbia. I think it’s an extra motivator for us that they are our opponents competing for a state championship.”

The Tigers also feature a vaunted rushing attack, led by Gavin Garcia, who has 1,697 yards on the ground and 27 touchdowns. Garcia ran for 205 yards and four touchdowns in the 42-14 win over Bishop McDevitt in the semifinals.

Wes Barnes has 736 yards rushing and seven touchdowns, while Braeden Wisloski has 449 yards and 13 touchdowns.

Through the air, quarterback Liam Klebon has 533 yards and seven touchdowns. Jake Rose has seven catches to lead the Tigers.

“I see a defense that swarms to the football and they’re excellent tacklers when they arrive. So, you know, it’s a very well-coached team, a very well-disciplined team. It’s a tremendous football team in Southern Columbia.”

The Greyhounds are embracing the challenge, and feel like the third time, can in fact, be the one the gets them over the hump.

“We feel very blessed for this opportunity and we are certainly proud of what we’ve accomplished so far, but you know, our motto is humble and hungry and that hunger part continues to drive us as we go into this game,” Phillian said.