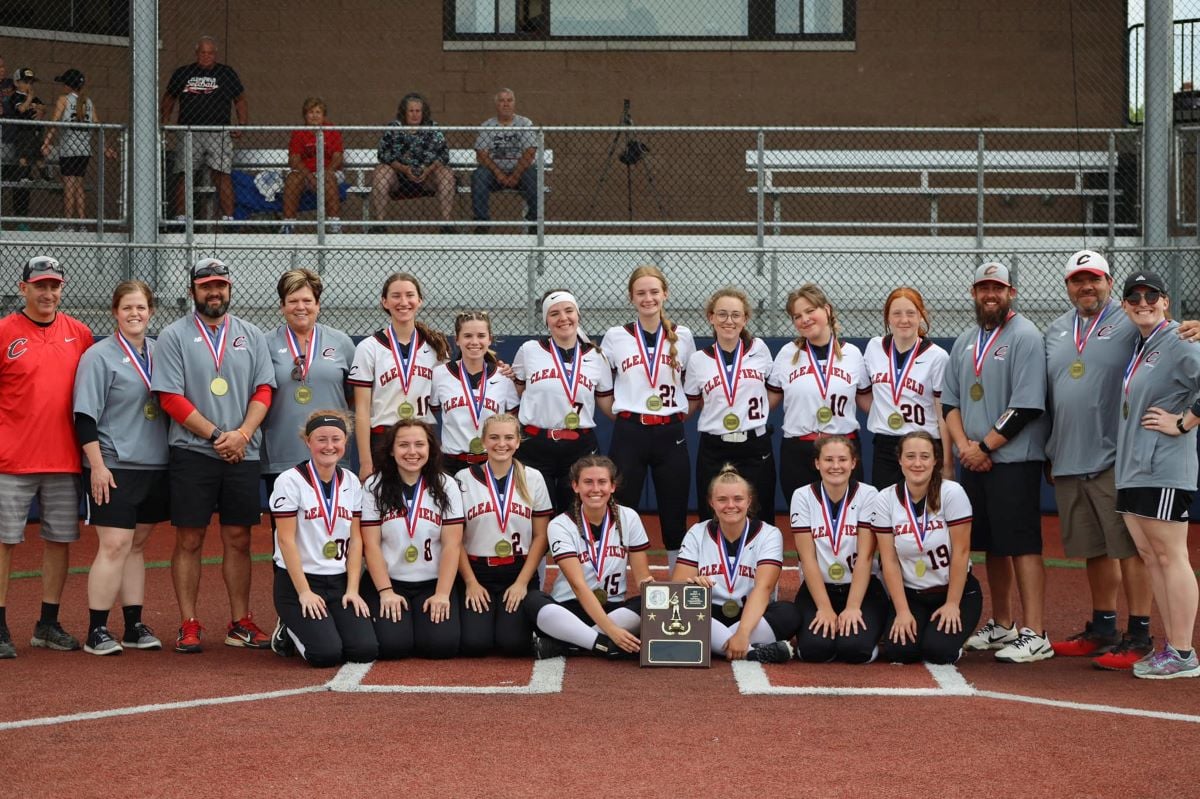 DUBOIS, Pa. – You couldn’t have wiped the smile off Emma Hipp’s face if you paid her.

Hipps had just struck out 13 St. Marys’ batters while allowing one unearned run in leading her Clearfield Lady Bison team to a third straight District 9 title with a 4-1 win in the Class 4A championship game at Heindl Field in DuBois.

“It’s awesome,” Hipps said. “I can’t even put it into words right now.”

Hipps was a big reason Clearfield, which won a 3A title in 2019 (there was no season in 2020) won the title for the third straight season.

She gave up just four hits and a walk in the circle and was also 1-for-1 with a double, two intentional walks, and two runs scored.

“I was definitely nervous,” Hipps said. “It is my senior year. I am not going to let this be my last game. I gave it everything I had every inning I went out there.”

Hipps was in the middle of a two-run first inning for the Lady Bison that didn’t come without some controversy.

She doubled leading off the game and was on second with one out when Lauren Ressler apparently flew out to center.

But the first base umpire said St. Marys pitcher Kendall Young had thrown an illegal pitch meaning Ressler had a second life.

Given new life, Ressler made the most of its with a triple to give the Lady Bison a 1-0 lead.

Ressler then scored on an Oliva Bender sac fly to give Clearfield a 2-0 lead.

The game remained 2-0 until the fourth when St. Marys got a run back thanks to back-to-back singles by Young and Kara Hanslovan with one out.

Then, with two outs, Jianna Gerg hit a grounder that second baseman Kylee Hertlein bobbled giving Hanslovan time to beat the rap at second. And when shortstop Alaina Fedder bobbled the feed from Gerg, courtesy runner Sophia Benjamin never stopped after rounding third and scored to make it 2-1.

But with Lindsey Reiter at the plate, another interesting call ended the inning as Gerg was called out leaving early on a foul ball by Reiter.

Clearfield was able to add a pair of insurance runs in the fifth when St. Marys curiously issue an intentional walk to Hipps to start the inning before Ruby Singleton hit a ground-rule double, Ressler followed with an RBI ground out, and Singleton scored on a weird wild pitch where Young lost the ball as she was in the backward motion of her wind up with the ball heading towards second.

“I wasn’t surprised,” Hipps said when asked about the intentional walk leading off the inning. “When we played them at home (a St. Marys win in which Hipps didn’t pitch), they intentionally walked me three times and then gave me one at-bat. I figured after my first at-bat they weren’t going to pitch to me again.”

Watch the game’s final out

Clearfield advanced to the PIAA playoffs where it will face the District 10 runner-up – either Franklin or Villa Maria – at a District 9 site Monday, June 6.

D9 1A BB Semifinals: Lutz Spectacular Catch Sets Tone in C-L Win; DCC Back to Title Game Powered by North Washington Rodeo
May 27, 2022 D9/10 Baseball/Softball Schedule Powered by the BHL Sportsperson of the Year Award
This website or its third-party tools process personal data.In case of sale of your personal information, you may opt out by using the link Do not sell my personal information.
×
Manage consent