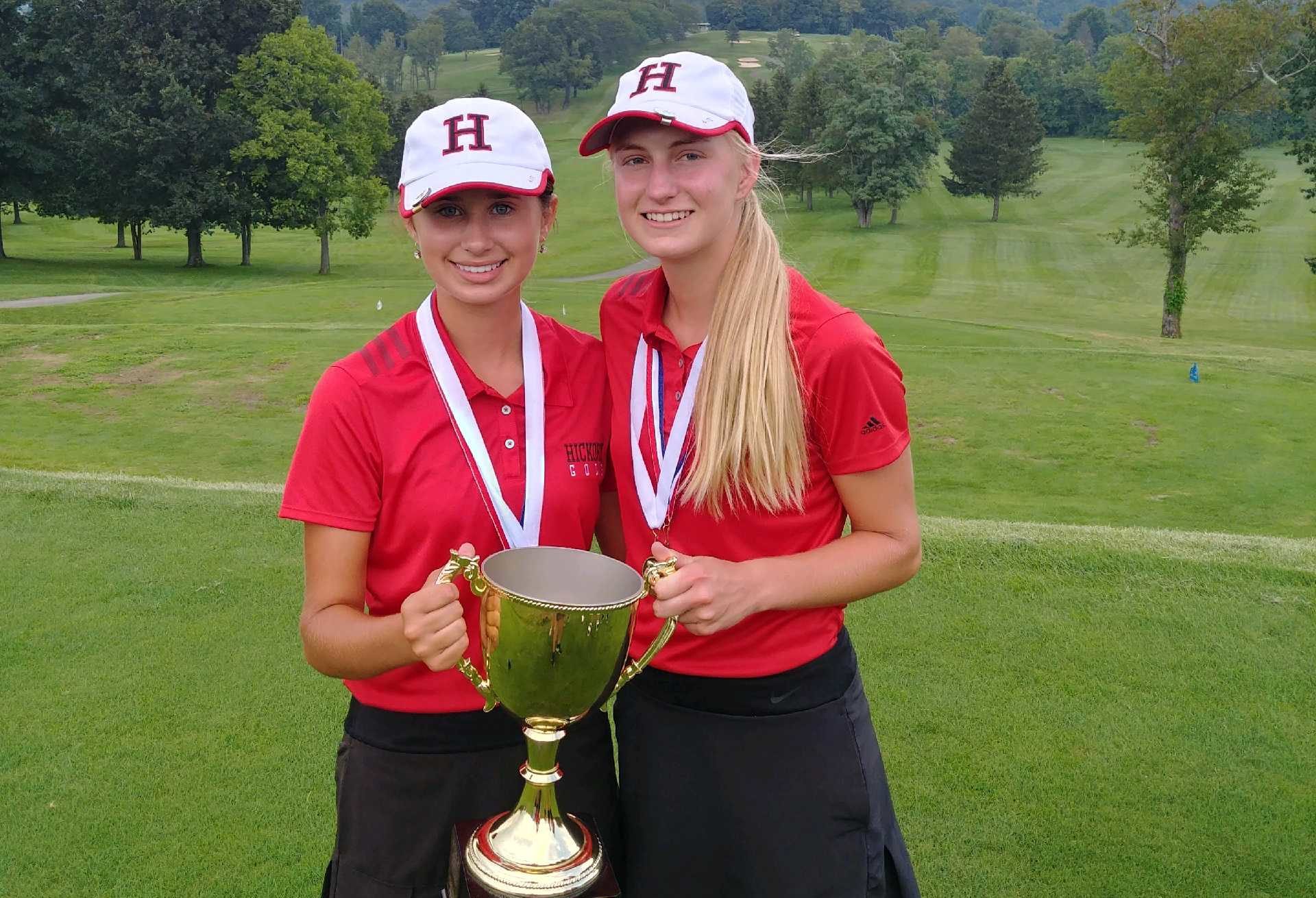 The Hornets had a team score of 214, easily outdistancing second-place Reynolds (295).

Grove City’s Emily Donahue also had an excellent round with a 71, while Reynolds’ Anna Harpst had an 83.

RUSSELL, Pa. – Cathedral Prep won yet another Region 6 Mega Match, this one at Blueberry Hill.

The Ramblers had a team total of 311, easily outdistancing second-place Erie, which had a total of 347, followed by Meadville at 348 and McDowell at 351 and Warren at 352.

Prep’s Breckin Taylor was four shots clear of the field with a 71. He was followed by teammate Trey Thompson (75), Meadville’s Michael Mahoney (77), McDowell’s Joey DeAngelo (78) and Warren’s Owen Blum and Erie’s Kyle Westfall (80).

The Eagles had a team score of 336, edging Hickory by one stroke.

GC’s Toby Matson, and Slippery Rock’s Jacob Wolak and Jack Hadley tied for low round with a 79, with Grove City’s Ethan Cunningham notching an 80 and four players tied with an 82.

HARBORCREEK, Pa. – Fairview had three players shoot 80 or under to take a Region 5 Mega Match at Downing Golf Course.

Will Fessler shot a 77, Matt Drabant a 79 and Sean Houston an 80 for the Tigers. Mercyhurst Prep’s Joe Fugaglie shot a 70 for the low round of the day.

Bryce Rafferty and Ian Pete each shot 47s to lead Brookville, while Punxsutawney’s Donnie Neese had a 49. Sean McCollough of West Shamokin had the low score overall with a 40.

2021 District 9 Football Video Preview – Curwensville Golden Tide
Villa, Hickory Tennis Pick up Victories; Brockway Rallies Past Clearfield
This website or its third-party tools process personal data.In case of sale of your personal information, you may opt out by using the link Do not sell my personal information.
×
Manage consent