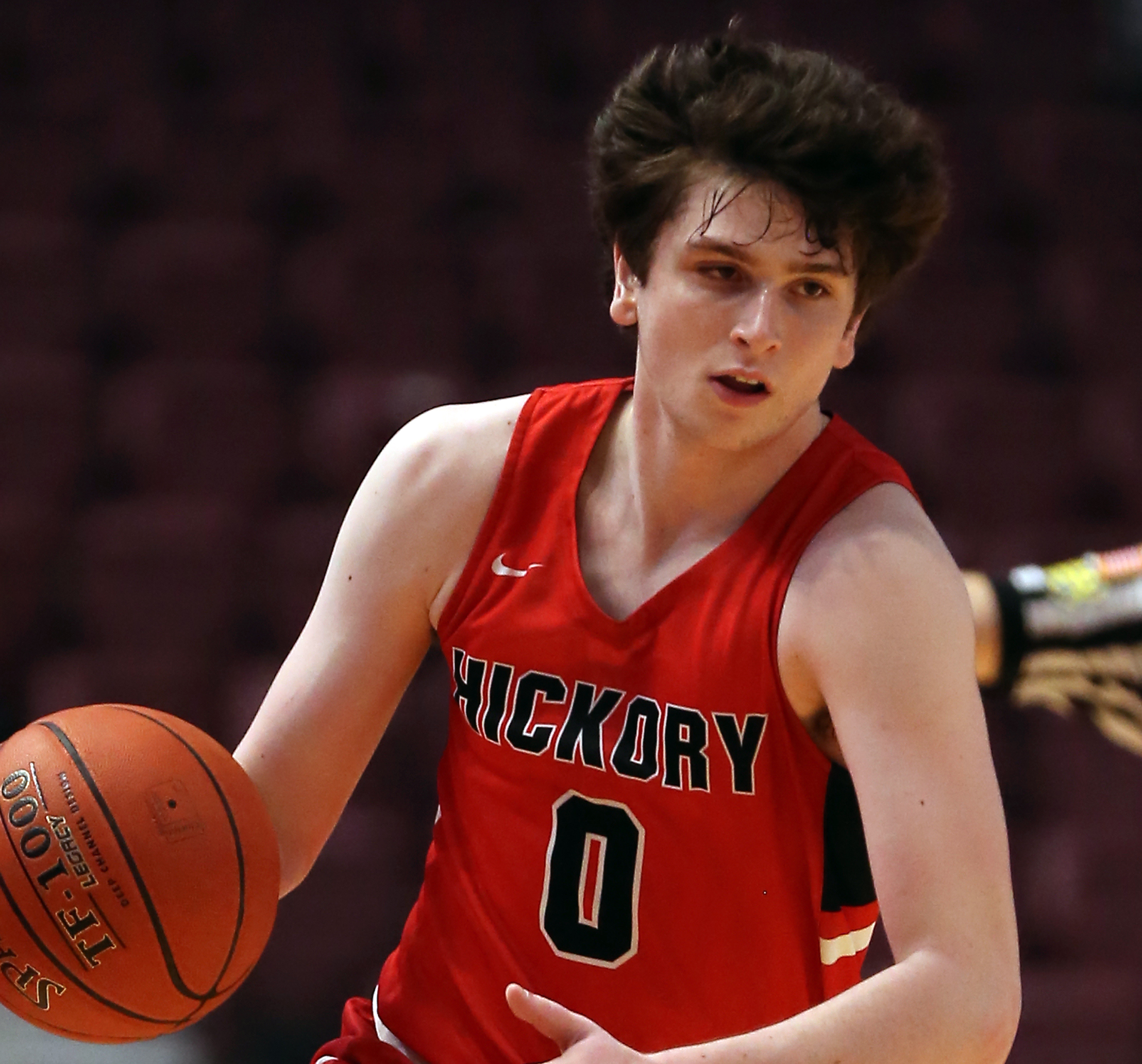 A Hickory duo who helped lead the Hornets to the brink of a state championship, as well as a Grove City standout were honored with Pennsylvania Sports Writers Class 4A Boys’ Basketball All-State selections.

The Hornets won a District 10 title by grinding out wins over Fort LeBoeuf, Warren, and Harbor Creek, then followed that up with a run through the PIAA playoffs, beating Johnstown and Lincoln Park before falling to Allentown Central Catholic, 41-40 in the state championship game, a game in which they overcame a 19-point deficit early in the second half, briefly taking the lead with 23 seconds left.

Mele’s signature moment came against Johnstown when he drilled a 3 at the buzzer to send the Hornets into the PIAA semifinals. He led the team in scoring at 18.0 ppg.

Evans, meanwhile provided the punch inside for the Hornets, averaging 14.9 ppg.

Brooks helped lead the Eagles into the D10 semifinals, where they bowed out to Harbor Creek. He averaged 18.1 ppg.

All three players were D9and10Sports.com All-District 10 selections Powered by All American Awards & Engraving.

The Class 5A team will be released on Friday.