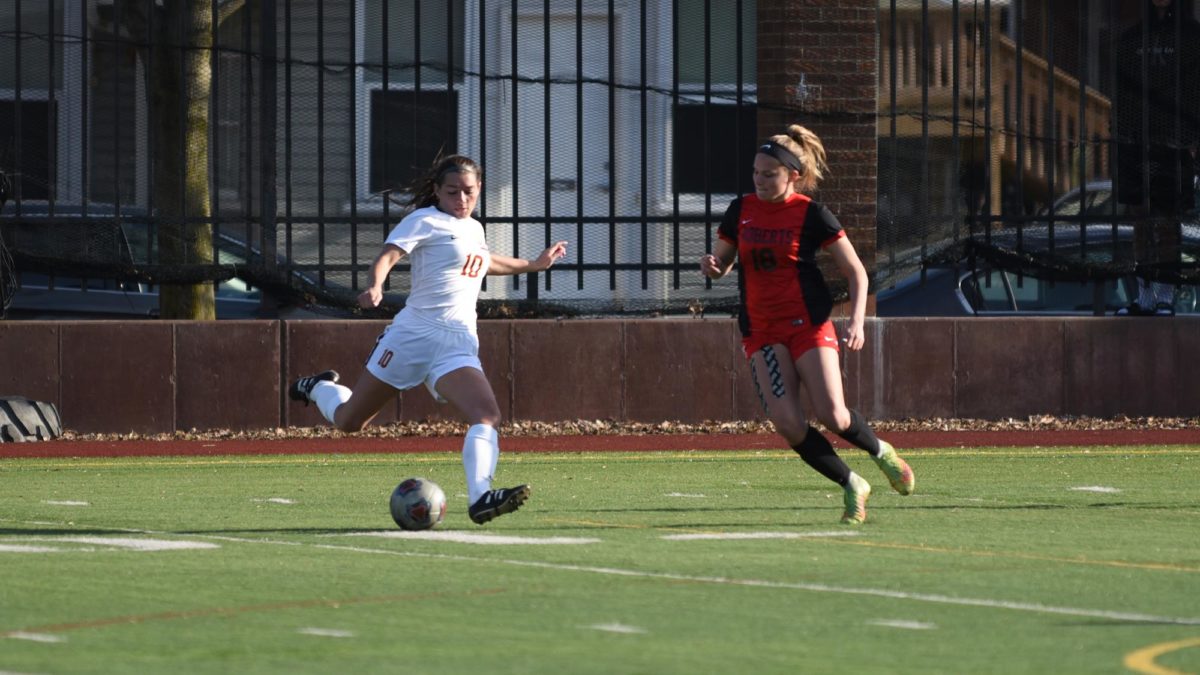 Lewis recorded a hat trick last Wednesday in a 5-0 win over Clarion University, with all of her goals coming in the first half. The trio of goals upped her season total to a team-leading 10 and also moved her into a tie for second place with Mani Brieckner (2012-15) on Gannon’s all-time career goals list with 46 total. Both players trail the 51 career goals from all-time leader Amanda Sharbaugh (2008-11.) The award was the third of her career.

Lewis has also assisted on three goals this season, increasing her career total to 20 (fifth-most all-time) and is ranked third all-time in Gannon career points with 113.

After a runner-up finish in the PSAC West, the second-seeded Golden Knights (11-2-3 overall) are gearing up for the postseason – the PSAC quarterfinals begin on Tuesday, Nov 9 as three-seed Slippery Rock visits McConnell Family Stadium for the second time in just four days. The two teams played to a 0-0 draw through two overtimes last Saturday in a match that saw Gannon drop to 10 players in the first half.

Former C-L Girls’ Basketball Coach Jim McCracken Recently Celebrated by Former Players
West Middlesex Grad Parrish Earns Weekly Football Honors for Grove City College
We use cookies on our website to give you the most relevant experience by remembering your preferences and repeat visits. By clicking “Accept All”, you consent to the use of ALL the cookies. However, you may visit "Cookie Settings" to provide a controlled consent.
Cookie SettingsAccept All
Manage consent