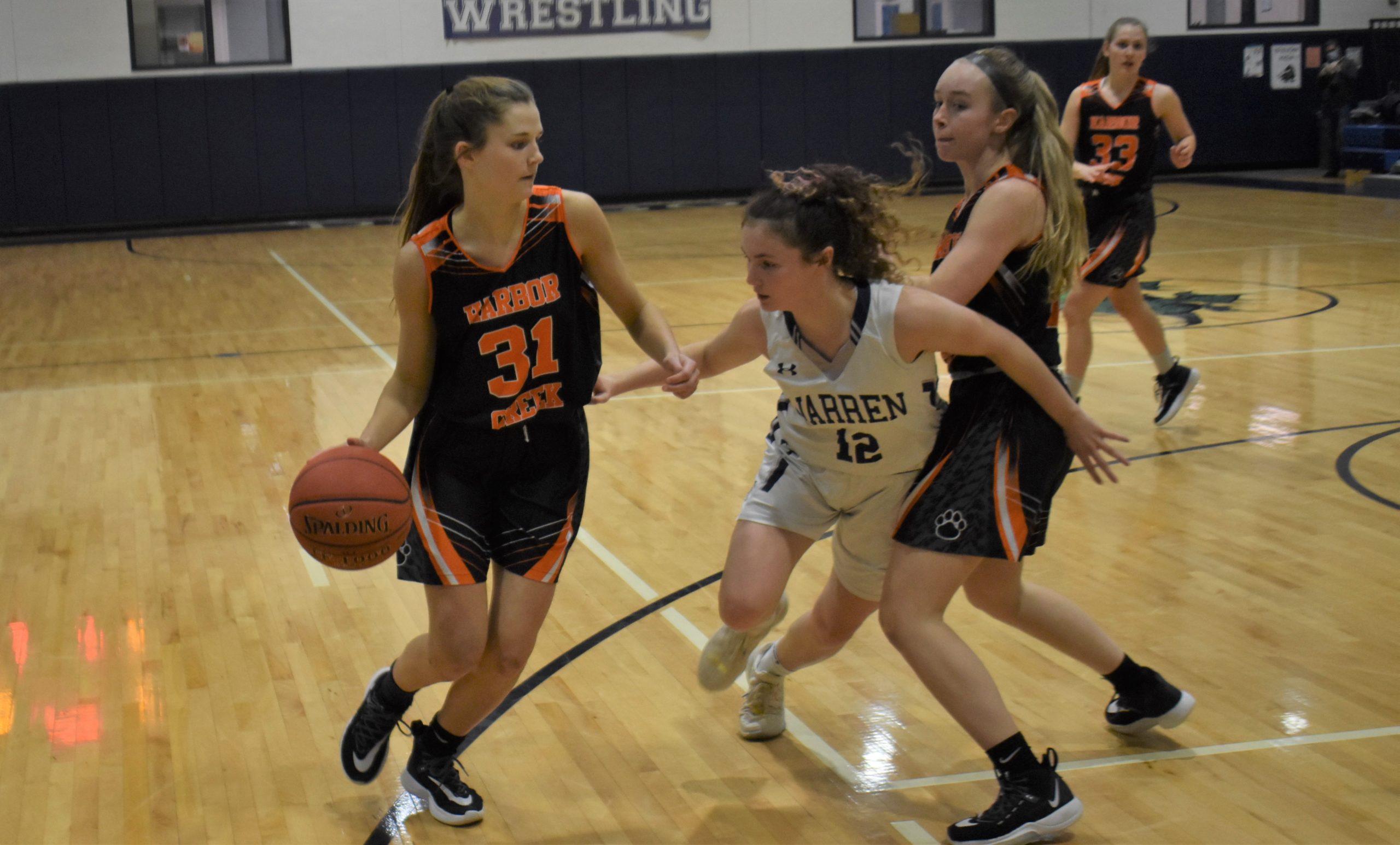 Harbor Creek built a 17-3 lead after the first quarter en route to the win.

CAMBRIDGE SPRINGS, Pa. – Makenzie Yanc nearly had a triple-double with 10 points, 10 assists and seven rebounds as Cambridge Springs earned a 49-19 win over Cochranton.

West Middlesex rallied from a 15-7 halftime deficit to force overtime.

Marlaya McCoy had 12 points for Meadville.

HERMITAGE, Pa. – Piper Como and Delaney Callihan scored 17 points each to lead Grove City to a 55-36 win over Hickory.

Kaelyn Fustos and Kimora Roberts scored 11 points each for Hickory.

Warren built an 18-4 lead after the first quarter en route to the win.

Jenn Blum had 10 points for Franklin.

Hailee Gregor and Maggie Triola had eight points each for Saegertown.

Lainey Font and Bella Marino each knocked down a pair of 3’s and finished with 12 and 10 points, respectively for the Lady Knights.

Emma Stahl and Maddy Marczak had 11 points each for the Oilers, while Peyton Liederbach added eight.

Ashlynn Heckathorne added 10 points in the win for Mercer.

Reese Bruckner was also in double figures for Wilmington with 12 points.

The Blue Devils built a 32-10 halftime lead en route to the win.

Paige Messett and Chasie Fry had eight points each for Sharpsville.

Farrell led 23-0 after the first quarter.

Damerra Thomas and Janiya Daniels had nine points each for Farrell.

Alayna Cadman had 11 points for Jamestown.

Jessica Hetz added 13 points for McDowell in the win.

“(We were) able to stop people going to the rim, get boards, and get good shots on offense,” Gore said of the Royals’ fourth quarter.

Gore scored eight of his game-high 24 points in the fourth quarter and was a force on the boards all night as he earned Icyy Ink Player of the Game powered by the Allegheny Grille honors. Gore and Jay Smith combined to score 31 of Erie’s 40 first-half points.

Erie held a slim, 20-18 advantage after the first quarter. Parks Ordiway and Braylon Barnes combined for 15 of Warren’s 22 second-quarter points as the Dragons pulled even at 40-40 heading to halftime.

Both teams cooled a bit to start the second half as they each scored just 11 points in the third quarter.

Smith finished with 17 points and Andreas McCollum added 15 for the Royals.

Ordiway had a team-high 19 points for the Dragons. Barnes had 14, Tommy Nyquist 11, and Brady Berdine 10.

The Blue Devils went on a 12-2 run in the third quarter to break open a one-point game.