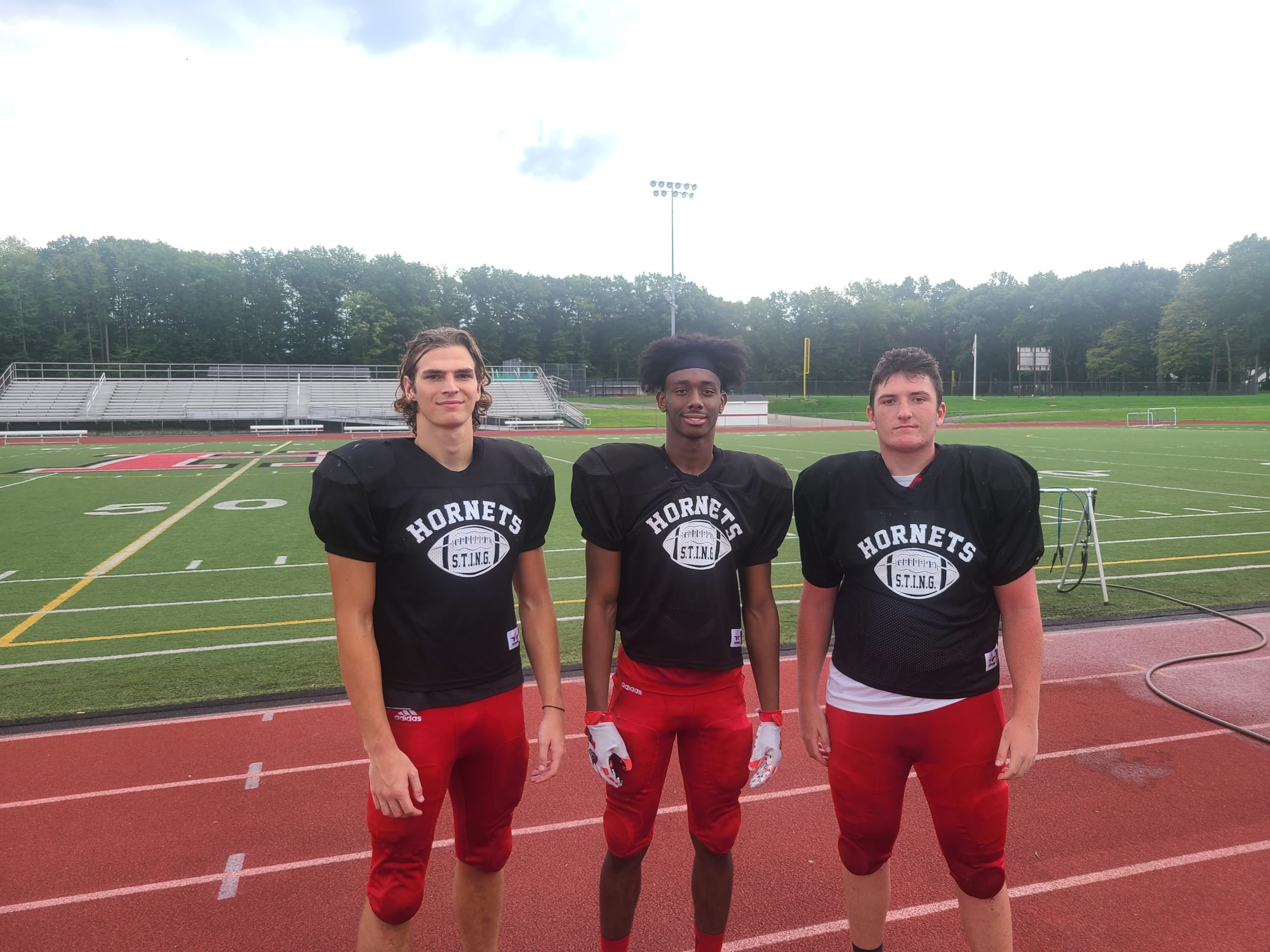 GREENVILLE, Pa. – Scoring four times in a span of 7:24 in the first quarter, third-seeded Grove City rolled past sixth-seeded Fairview, 42-7, in the District 10 Class 3A quarterfinals Saturday night at Greenville High School.

Hunter Hohman was involved in the first three Eagle scores throwing a pair of long touchdown passes before running for a short score that gave Grove City a 20-0 lead just over six minutes into the contest.

Just over three minutes later, with 5:35 left in the first quarter, it was Hohman from a yard out.

Anthony Nemec took over from there scoring three straight rushing touchdowns to put Grove City up 42-0 at halftime.

Nemec scored on a 10-yard run with 2:19 left in the first quarter to make it 28-0 (he also ran for the 2-point conversion) before picking up touchdown runs of 37 and 27 yards in the second quarter.

Hathaway caught two passes for 82 yards and the touchdown and also intercepted a pass.

While Grove City’s offense was explosive, the Eagles’ defense shutdown Fairview holding the Tigers to 64 yards of total offense, including just 27 yards rushing on 29 carries.

Fairview did get a mid-fourth-quarter touchdown from Josh Lockett on a 1-yard run.

Lockett led the Tigers with 22 yards rushing on eight carries, while Vince Campoli was 3 of 7 passing for 37 yards and two interceptions.

Fairview turned the ball over four times on the night.

Grove City will take on second-seeded Fort LeBoeuf next week.

NEW WILMINGTON, Pa. – Hickory avenged a 14-7 regular season loss to Sharon with a 36-20 win in the Class 3A quarterfinals.

With the win, the defending D10 champion Hornets advance to play No. 1 seed Slippery Rock in the semifinals next week.

Hickory led 14-7 at halftime and went ahead 23-7 in the second half en route to the win.

Sean Kennedy got the scoring going for Hickory in the first quarter on a 30-yard scoring run, but Sharon quickly tied the game on a Labrae Norris 3-yard plunge.

Hickory took the lead in the second quarter when the big play connection from Logan Woods to Jackson Pryts struck for an 80-yard score.

The Hornets recorded a safety and followed that up with a 4-yard scoring plunge from Kennedy to take that 23-7 advantage in the third quarter.

Sharon responded in a big way, however, as a 42-yard interception return from Damon Curry and a 1-yard scoring plunge from quarterback Mikey Rodriques got the Tigers back within three at 23-20.

The Hornets took the momentum back, however, as Woods and Pryts hooked up for their second score of the game, a 20-yarder, and Ty Holland’s late touchdown run after a Ramarion Whitehead interception put the finishing touches on the win for the Hornets.

Woods finished with 250 yards passing, 153 of which went to Pryts.

Billotte, Kline Lead Clearfield to D9 3A Title; Win No. 299 for Clearfield’s Janocko
General McLane Rallies Past Warren in D10 Class 4A Football Semis; Meadville Pulls Away Late From Harbor Creek
This website or its third-party tools process personal data.In case of sale of your personal information, you may opt out by using the link Do not sell my personal information.
×
Manage consent