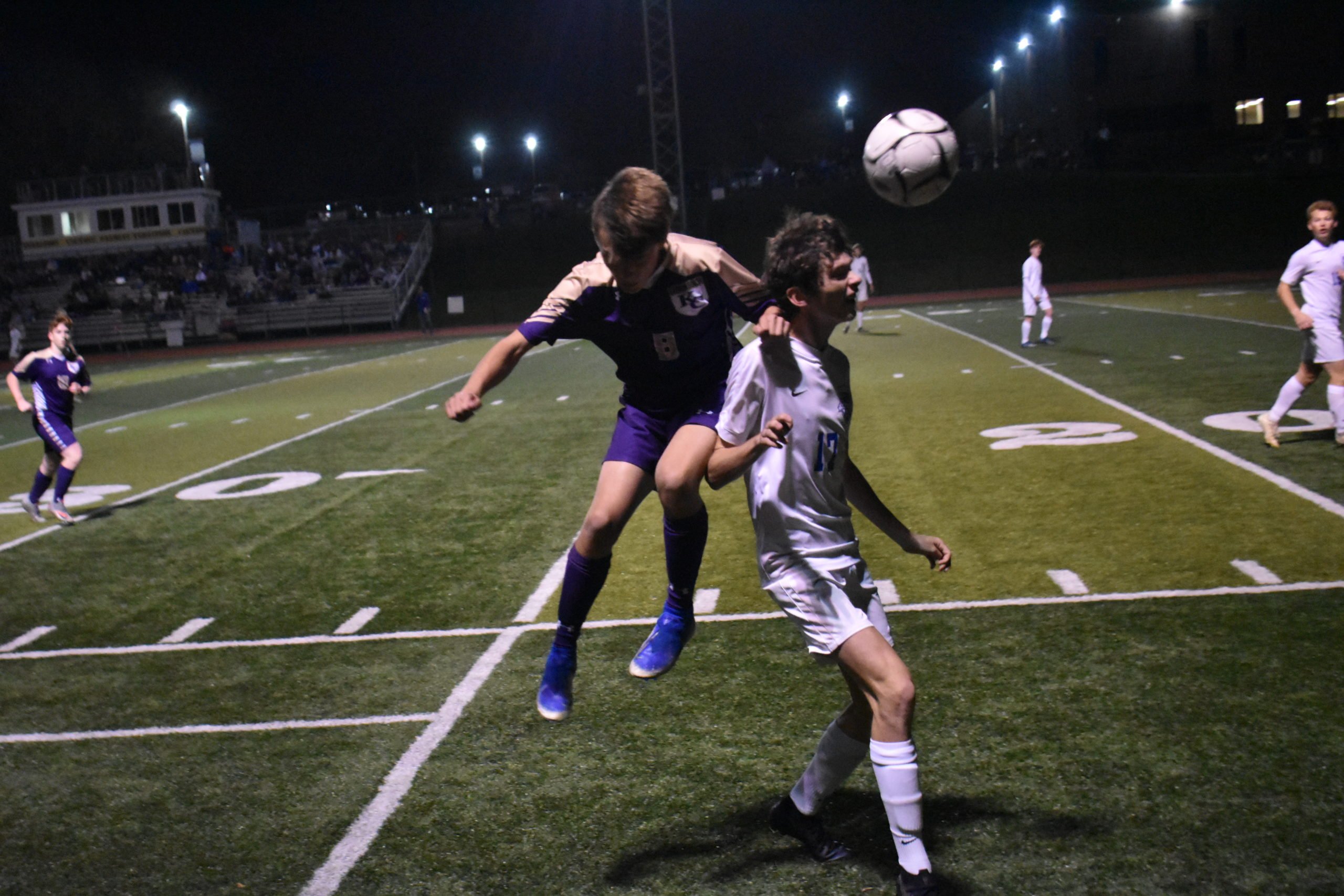 Karns City senior Dakota King put away a rebound after teammate Owen Colwell’s initial shot was stopped with 5:55 remaining in regulation to lift the Gremlins to a 1-0 win over previously unbeaten District 5 champion Bedford in the first round of the PIAA Class 2A playoffs.

The win was No. 300 of coach Jim Grenninger’s career and the first PIAA playoff victory for Karns City since a 2-1 victory over Harbor Creek in 2016.

“I saw Owen Colwell come down the left wing and as he was coming down the left wing I knew at some point that the keeper was going to push out to get it to one of his outside backs so they could clear it,” King said of his goal. “I was floating out and when the ball came out, I beat the guy to it and was able to score.”

Grenninger also noted some key adjustments that were made by his squad, which came from his daughter, assistant coach Brittni Grenninger.

“We decided the last eight minutes to bring Chase Beighley up from the back..” Grenninger said. “It paid off for us. I have to give my daughter (Brittni Grenninger) a lot of credit. When you have one of the best women’s coaches in the state as your assistant … she came up with changes for us, especially late in the game, formation wise. We decided in the second half not to go with the high pressure because we were running out of energy.”

The game truly was a back-and-forth affair, with each team taking turns possessing the ball for stretches of time.

There was a feeling out process early on, but as the game progressed, the two teams were able to generate scoring chances.

“We knew they liked to drop it back a lot, so we decided in the first half to high pressure to slow their game down and see what chances we could get out of it,” noted Grenninger.

Bedford (16-1) had a golden opportunity to take the lead in the first minute of the second half, but Josh Diehl’s shot rang off the crossbar, and Karns City keeper Mallick Metcalfe cleared out the rebound attempt.

Bedford keeper Chris Klinger turned away King’s shot less than five minutes later after the Karns City forward got behind the defense.

It was  that kind of second half.

Colwell had a chance with just over 25 minutes that went just wide.

“Our defense has given up only three goals outside of the two Slippery Rock games at the beginning of the year,” Grenninger stated. “Kaden Scherer, Chase Beighley, Cole Sherwin, Alex Irvine, they all play really well together.”

Grenninger had high praise for Bedford as well.

Up next for the Gremlins is a date with WPIAL champion Deer Lakes on Saturday in the quarterfinals. That game will be at Deer Lakes at 12 p.m.

Making History: Redbank Valley Becomes First D9 2A Team to Advance to PIAA Quarterfinals Since 1998
Clarion’s Campbell Named District 9 Class 1A MVP; Class 1A All-Star Teams Announced
This website or its third-party tools process personal data.In case of sale of your personal information, you may opt out by using the link Do not sell my personal information.
×
Manage consent