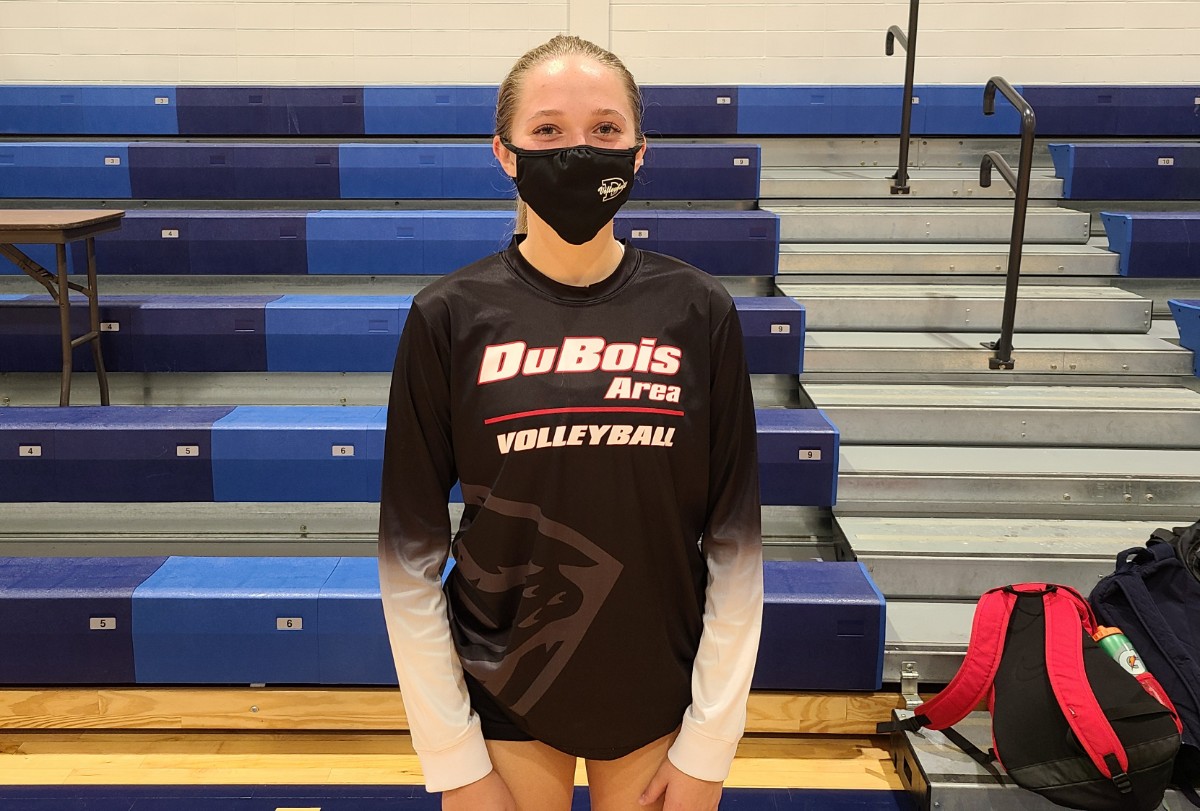 Gregory, whose kills in the fifth set with the score Dubois 14, Warren, 13 won the match. was named the Allegheny Grille of Foxburg Player of the Match and talked about her performance.

Morgan Pasternak and Emma Delp each added 12 kills for the Lady Beavers while Gabby Gulvas paced the defense with 22 digs.

Eden Galiczynski ran the offense for DuBois with 28 set assists.

Katie Madigan had another big night for Warren with 18 kills and 27 digs, while Carly Beers added nine kills, three blocks, and two aces.

Lindsay Madigan added 14 set assists, eight digs, and a block in the loss.