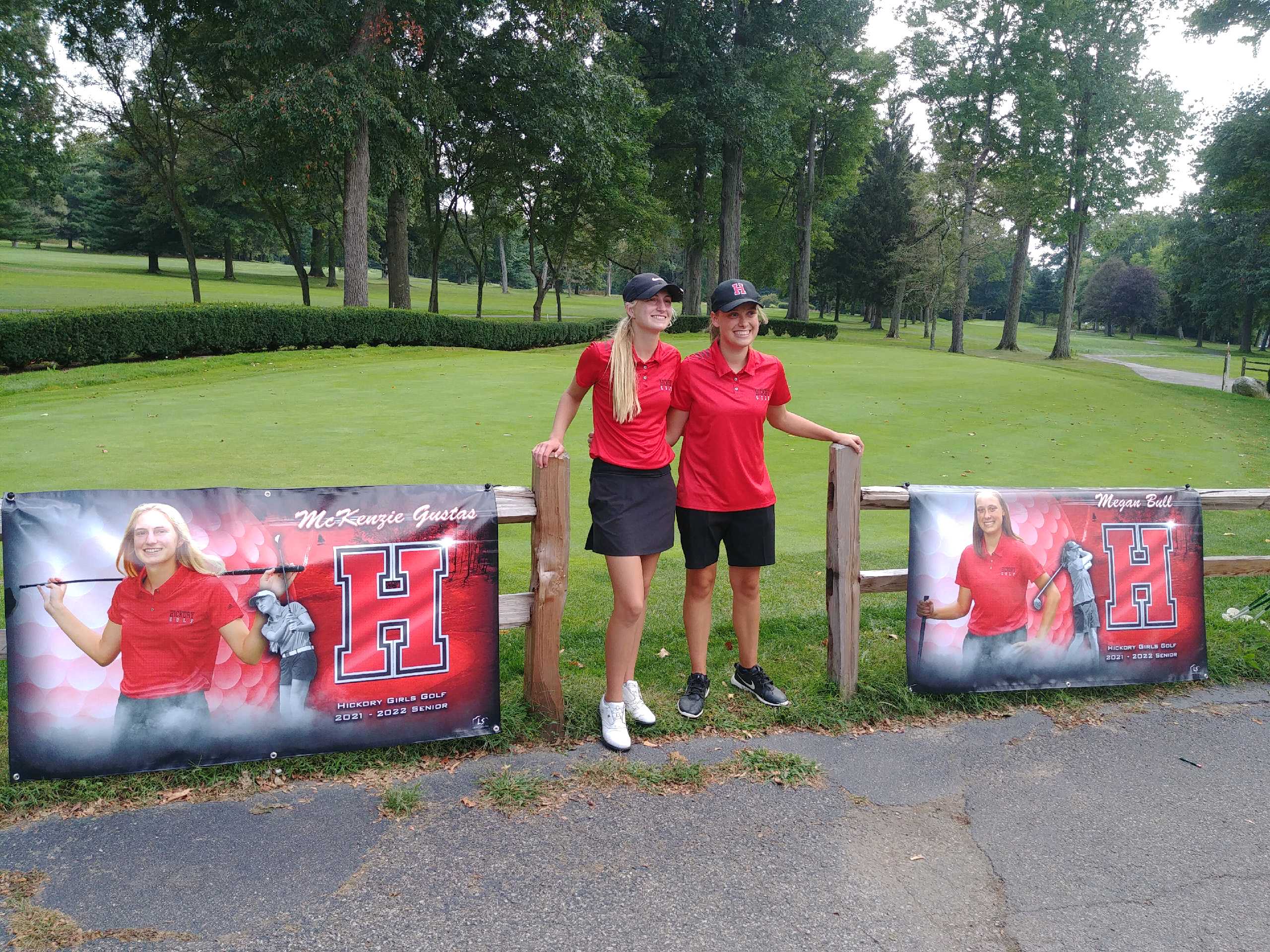 Lakeview’s Jackson Gadbsy had the low round with an 84, while Mercer’s Eli Ellison and Camron Weatherbolt each shot 88s and Jamestown’s Aidan Swezey an 89.

SLIPPERY ROCK, Pa. – Grove City shot a team score of 338 to win yet another Region 2 mega match, this one at Slippery Rock Golf Club.

The Rock’s Jacob Wolak had an impressive round on his home course with a 69, followed by Grove City’s Toby Matson, who cared a 76. Slippery Rock’s Jack Hadley shot a 79, Hickory’s Ryan Brown an 81, Grove City’s Trenton Nemec an 83 and Sharpsville’s Jake Allen an 87

Slippery Rock was second in the team standings at 346, followed by Hickory at 352.

The Hornets finished with a team score of 223 and also got a 76 from Sasha Petrochko and a 77 via Luciana Masters. Ava Liburdi carded a 90.

Grove City’s Emily Donahue turned in another strong round with a 79, while Reynolds’ Anna Harpst carded an 82.

Reynolds was also second in the team standings with a score of 297.

Cranberry was the only other team with a score that counted toward the team standings at 174.

Kendall Findlay shot a 55 for Cranberry and Alaina Hogue a 58. Evie Bliss had a 60 for A-C Valley.

FOXBURG, Pa. – Clarion had a team score of 219, led by Kam Kerle, who earned medalist honors with a 41 at Monday’s KSAC mega match at the Foxburg Country Club.

Kerle was followed by teammate Devon Lauer, who shot an 42, along with Cranberry’s Dane Wenner, and Moniteau’s Jacob Felsing, who also shot 42. Following were Moniteau’s Connor Ealy and Dawson Wallace (43), Forest Area’s Keyon Custer (44) and Clarion’s McKayla Kerle and Owen Kreibel, as well as Cranberry’s Cayden Baker who each shot 45.

MEADVILLE, Pa. – Cathedral Prep had a team score of 326, edging second-place McDowell which shot a 331 for first-place in Monday’s Region 6 mega match at the Country Club of Meadville.

Brockway, Villa Tennis Earn Wins; North Clarion, Conneaut Boys Cross Country Race to Victories
Sept. 14, 2021 Volleyball Scores
We use cookies on our website to give you the most relevant experience by remembering your preferences and repeat visits. By clicking “Accept All”, you consent to the use of ALL the cookies. However, you may visit "Cookie Settings" to provide a controlled consent.
Cookie SettingsAccept All
Manage consent