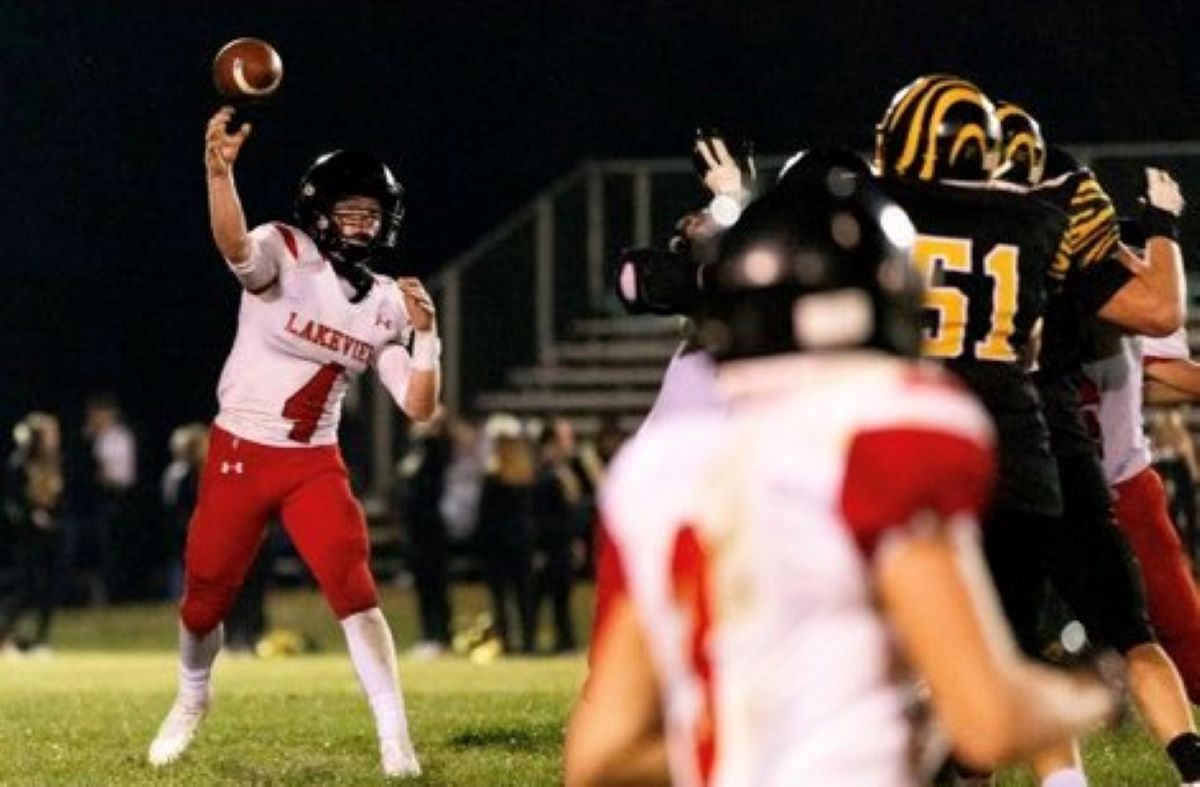 It’s a rare Thursday night game in District 10 at Lakeview travels to Edinboro to take on General McLane in a non-region matchup.

The Lancers have an eye toward the Class 4A playoffs and are coming off a 37-21 win over Franklin. They sit in second place in the Region 5 standings with Warren, who they beat 34-31 on Oct. 1.

It’s been a special season for GM senior John Amon, who has rushed for over 800 yards and seven scores, while also passing for 457 yards and five scores. Dylan Sheeder has also tossed five touchdown passes for the Lancers.

Defensively, the Lancers have yielded just 18 points per game in their four wins.

Gavin Murdock has overcome injury to put together a very strong season for the Sailors. He has thrown for 843 yards and six touchdowns and rushed for 467 yards and eight more scores. Mitchel Tingley has accounted for 150 yards on the ground and also has 202 yards receiving and a pair of scores.

Kickoff from McLane is set for 7 p.m.

Meadville’s Simmons Named Week Eight 2021 District 10 Jim Kelly POW Powered by the Allegheny Grille
Warren at Seneca Football Game Canceled
This website or its third-party tools process personal data.In case of sale of your personal information, you may opt out by using the link Do not sell my personal information.
×
Manage consent