Garing, Karns City Too Much for Rival Moniteau 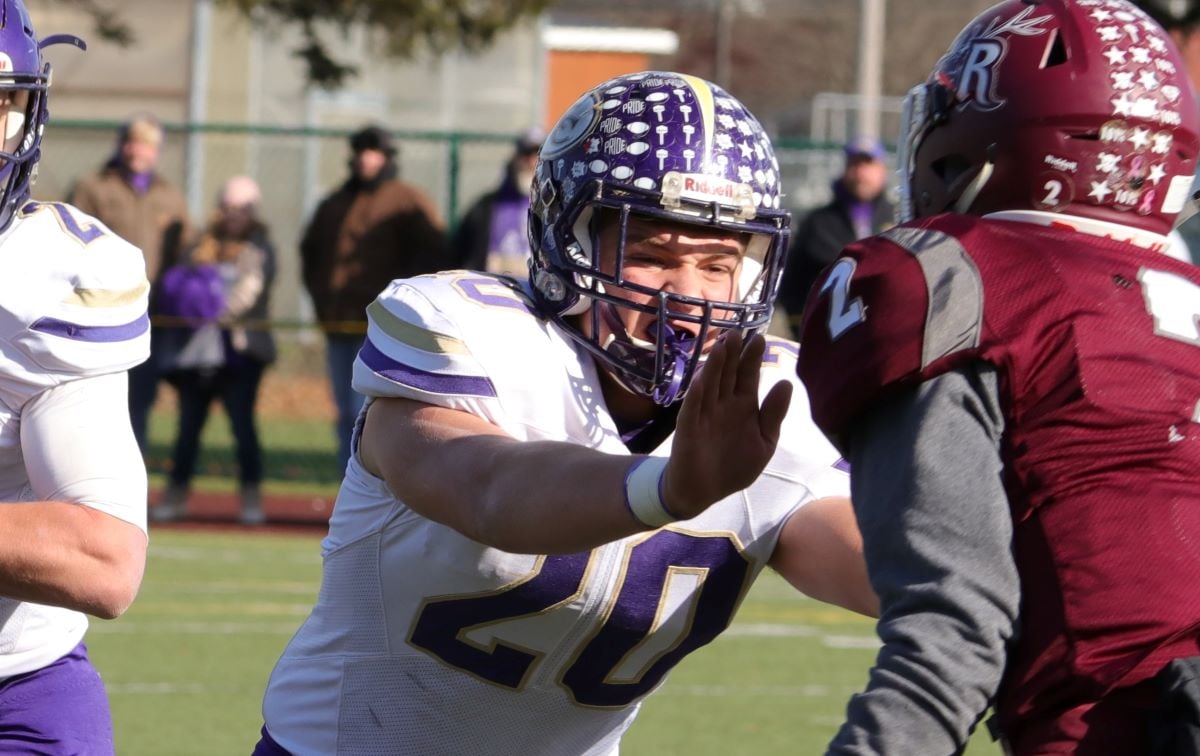 Luke Garing of Karns City scored two touchdowns and was a force on both sides of the football. Photo by Jared Bakaysa of JB Graphics. See more of Bakaysa's work here

WEST SUNBURY, Pa. – Scoring 30 unanswered points, visiting and unbeaten Karns City broke open a close game midway through the second quarter on its way to a 44-6 win over winless Moniteau.

The Gremlins were up by just eight, 14-6, following a 25-yard interception return for a touchdown by Moniteau’s David Dessicino with 7:57 left in the first half.

But Zach Kelly returned the ensuing kickoff 73 yards for a touchdown to put Karns City (4-0) back up by two scores, 22-6, following a Luke Garing 2-point conversion run.

Then, late in the half, Micah Rupp hauled down a 25-yard touchdown pass from Eric Booher and Garing went in for two again to give the Gremlins a commanding 30-6 halftime lead.

It was the first of two touchdown passes for Booher, who also connected with Cooper Croyle on a 61-yard scoring bomb late in the third quarter to close out the scoring.

Booher was 5 of 9 passing for 152 yards, the two touchdowns, and the one interception.

Garing, who was named the Allegheny Grille of Foxburg Player of the Game after an outstanding performance on both sides of the football, led a balanced Karns City rushing attack with 47 yards on just nine carries.

He opened the scoring with a 3-yard touchdown run just 1:43 into the contest after the Gremlins returned the opening kickoff to the 50-yard line and then made it 37-6 midway through the third quarter on a 2-yard run.

Karns City made it 14-0 late in the first quarter on a 35-yard fullback dive run by Zach Blair, who finished with two carries for 37 yards before leaving the game in the second half with an injury on defense.

Sept. 17, 2021 D10 Football: Cochranton Knocks off Eisenhower in Battle of Unbeatens
Sept. 17, 2021 D9 FB: Mullins Boots Game-Winning FG for Curwensville; Krug, Coudriet, Lent Have Big Nights; DuBois Gets Win
This website or its third-party tools process personal data.In case of sale of your personal information, you may opt out by using the link Do not sell my personal information.
×
Manage consent