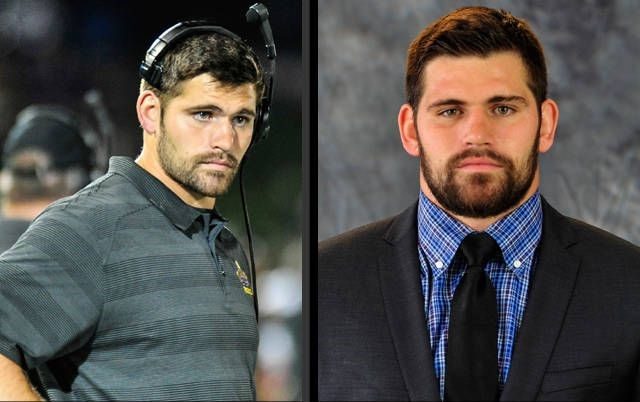 Byham, 34, was an all-state tight end for Franklin in his senior season in 2005 and at the time of his graduation was the program’s all-time leading receiver. He was named a U.S. Army All-American as a senior and played in the All-American Bowl.

A 2010 graduate of Pittsburgh with a degree in communications, Byham saw action in 48 games with 36 starts in his career. Byham served as a team captain during his senior season, also earning All-Big East honors after starting 12 games and catching 10 passes for 108 yards. As a junior, he recorded 20 catches for 260 yards in 12 starts and was named first-team All-Big East.

Byham, a sixth-round pick (182nd overall) in the 2010 NFL Draft by the San Francisco 49ers, played in 14 games, including three starts, with the 49ers before signing with the Tampa Bay Buccaneers for the 2012 and 2013 seasons.

“I’m excited to announce Nate Byham as our tight ends coach,” Taylor said. “Nate not only played four years as a tight end in the NFL, but has also developed a number of NFL tight ends at the University at Albany. He is a true expert in a position that has been extraordinary here at Stanford and I know he will continue that tradition.”

Byham comes to Stanford from the University at Albany, where he just finished his ninth season on staff. After a four-year NFL career at tight end, Byham was most recently Albany’s Associate Head Coach, Co-Offensive Coordinator, and Offensive Line Coach.

“I’m extremely thankful for the opportunity that Coach Taylor has given to me,” Byham said. “The passion and love that he shows to his players and the game of football is evident and I’m looking forward to being a part of this phenomenal staff and the Stanford football family. The tight end position at Stanford has always been known as one of the best in all of college football and that is a reputation that I fully intend to continue and build upon. I feel humbled and grateful to have the chance to work at a university so deeply rooted in excellence and tradition and I can’t wait to get started on The Farm. Go Cardinal!”