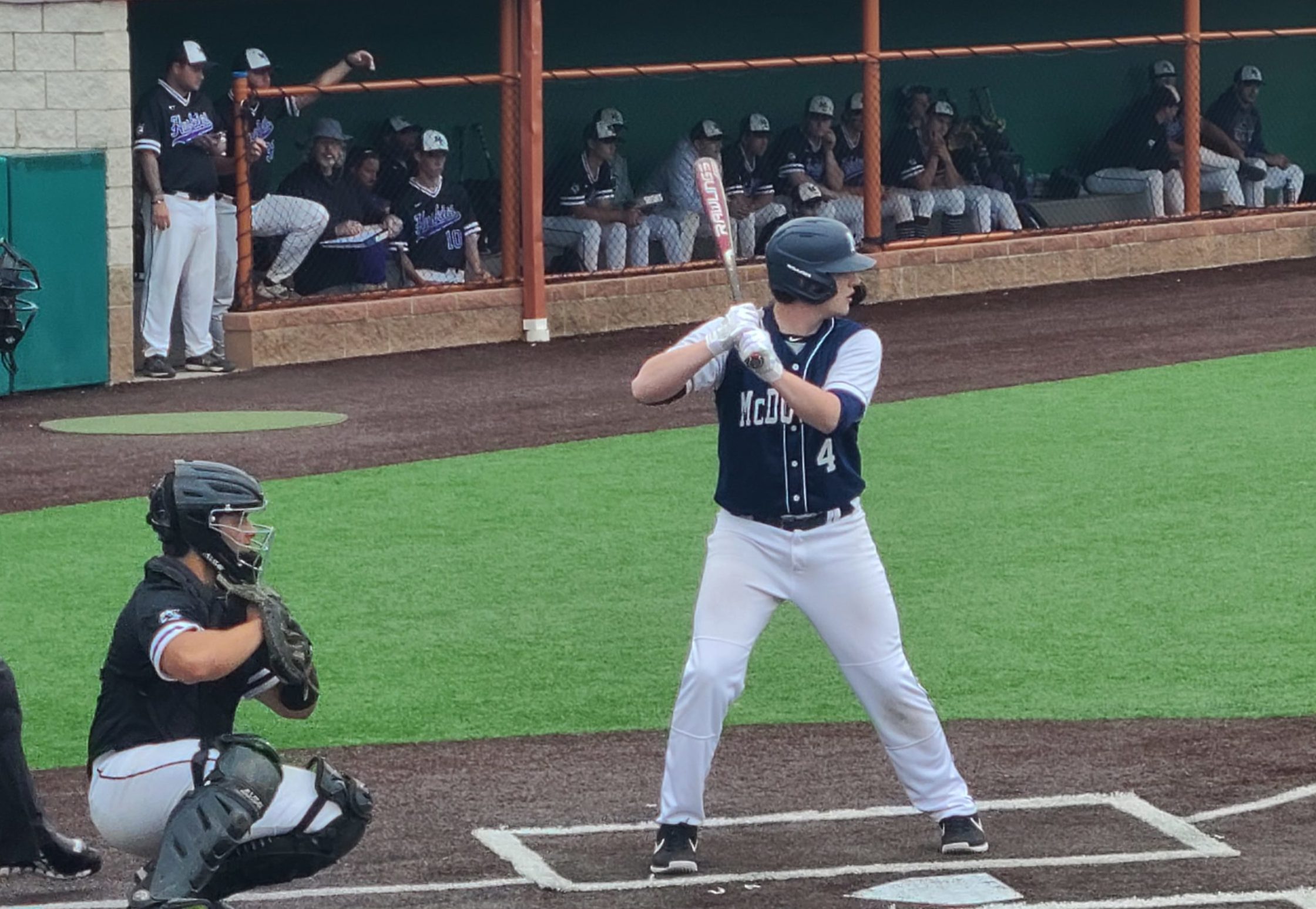 SLIPPERY ROCK, Pa. – Down three, there was no panic with the McDowell baseball team in its PIAA Class 6A subregional game against Mifflin County on Wednesday. Instead, the Trojans simply went to work.

McDowell rallied with a 5-run fourth inning and made that hold up in a 5-3 win at Jack Critchfield Park to advance to the first round of the PIAA playoffs, where they will meet WPIAL runner-up Hempfield on Monday.

Two wild pitches and a passed ball were the culprits for the three runs allowed, one in each of the first three innings. McDowell ace Dan Snyder wasn’t his most dominant self, but he still got the win, thanks to that big inning that he helped spearhead.

“We’ve played down before,” said McDowell’s Sam Crowley. “In the dugout, we just got together and said let’s start cheering for each other and playing for each other. We don’t want this to be our last game.”

Jackson Hower got the pivotal inning started with a base hit, and Snyder followed with a double to put two runners in scoring position with no outs. Crowley came up next and delivered an RBI groundout to get the Trojans (14-6) on the board.

What followed was a perfectly executed safety squeeze from Nate Hayes that trimmed the margin to one. After a flyout and a single by Curtis King, No. 9 hitter Luke Natemier stepped to the plate and promptly tied the game with a base hit.

Spencer Dietz, who had a big day both at the plate and on the mound, followed Natemier with a 2-run single to give the Trojans a lead they wouldn’t relinquish. It was a bloop single to left just out of the outstretched diving attempt of the Huskies’ Tyler Hunter.

All of that came against Mifflin County (7-11) starter Rylan Bailey, who had kept McDowell at bay in the first three innings.

Snyder, who needed 78 pitches to get through his first three innings, faced the minimum over his final two innings to get the win, including a line-drive double play in the fourth.

Dietz came in after Snyder and was brilliant. He needed just 18 pitches to get through two perfect innings, which included a strikeout.

In fact, between Snyder and Crowley, they retired the final 10 Mifflin County batters to step to the plate.

“They gave me a heads up, so I knew,” Dietz said of his potential for a relief appearance. “I was just hitting my spots. That’s it.”

Snyder gave up just two hits and struck out six, but an error and six walks allowed gave the Huskies the opportunities to score on the wild pitches and passed ball, with Marshall Maidens crossing the plate in the first inning, Cole Knable in the second, and Bryce Dobson in the third.

Bailey’s final line read five hits and five runs (three earned) in five innings, with one strikeout and one walk. Dobson came in and pitched a scoreless inning of relief.

King had a pair of hits to lead McDowell, which is excited to keep its season going.

“We’ve been talking about this all season long, this is where we want to be,” Crowley said. “It’s the state playoffs. We’re going to keep playing and have fun.”

BREAKING NEWS: Kennedy Catholic Wins D10 Class 1A Baseball Title
Behind Makray, Four-Run Seventh, C-L Beats Clarion to Advance to PIAA 1A Softball Playoffs Powered by North Washington Rodeo
We use cookies on our website to give you the most relevant experience by remembering your preferences and repeat visits. By clicking “Accept All”, you consent to the use of ALL the cookies. However, you may visit "Cookie Settings" to provide a controlled consent.
Cookie SettingsAccept All
Manage consent