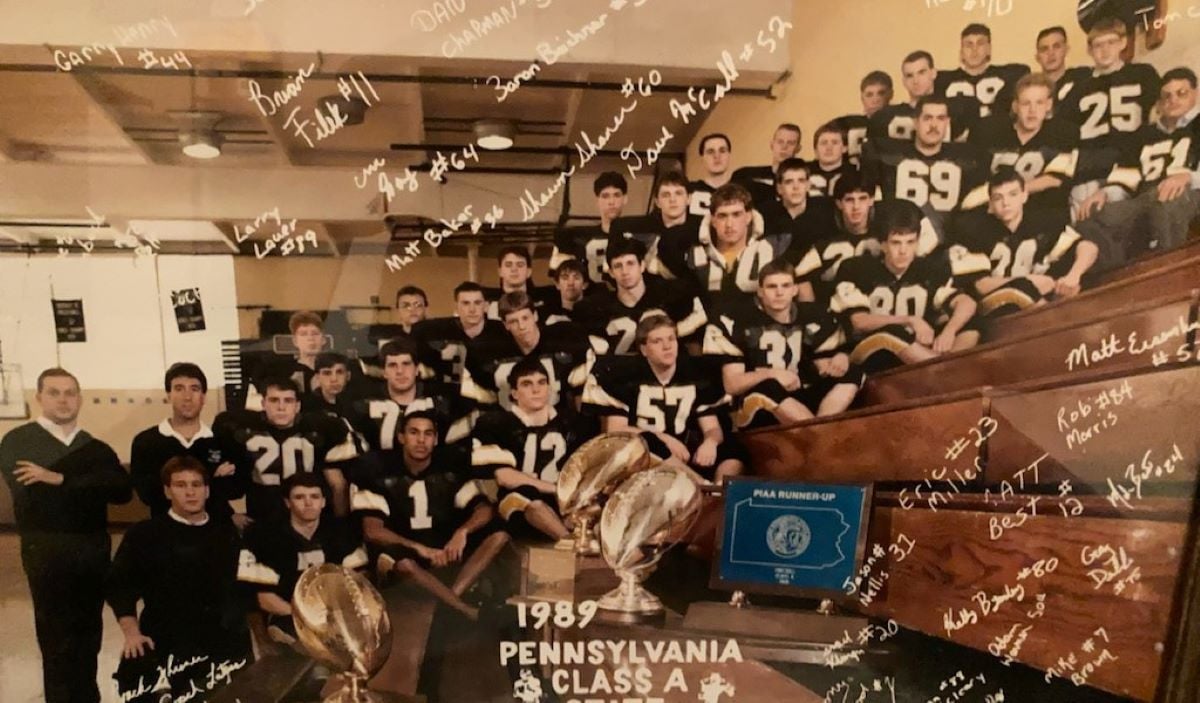 That’s it. That’s the number of District 9 teams to make it to a PIAA football title game since the game was first played in 1988.

Much has been written about that, much has been talked about that since Redbank Valley beat Bishop Canevin, 23-14, Friday, Dec. 3, to become the third team in D9 history to get to the title game.

D9and10sports had a chance to talk to three players – two from Keystone and one from Smethport – about their experiences with the PIAA title game and what advice they have for this year’s Redbank Valley team.

Matt Best was the starting running back and Jeremy McCool was the starting quarterback on the 1989 Keystone squad that beat Clairton, 15-14, on a trick play 2-point conversion – Israel Klinger (the kicker) to Mike Wilson goes down as one of the biggest plays in D9 history – to advance to the title game where the Panthers fell to Dunmore, 57-18.

Josh Costa was a middle linebacker/offensive guard on the 1992 Smethport squad that topped Rochester, 6-0, on a 27-yard Mike Cioffi touchdown run with 8:40 to play – again one of the top plays in D9 history – in the semifinals before losing to Scottland School, 24-7, in the title game.

“It wasn’t really in our game plan, getting to the state title game,” Best said. “It had never really happened before. We knew we were good, but it never really entered our mind until we got close to the Little 12 (the conference that eventually became the KSAC) title and then got to go to the D9 playoffs and then the Western PA championship game (in those days there were only a semifinal and title game in the PIAA playoffs). Then it really hit home.”

McCool remembers the community pulling together – a lot like is happening in New Bethlehem this year.

Best said it was incredible how the community came together.

“And it wasn’t just Knox,” Best said. “It is just like everyone today is rooting for Redbank Valley, the community all came together and supported us. That was and this is a fantastic time for small communities.”

Costa said his experience in 1992 was very similar.

“Our entire town came out,” Costa said. “It was like ‘Hoosiers’. I remember after the game, we were hanging out heads, and coaches from both District 9 and District 10 who had played against us that year coming into the locker room telling us not to hang our heads. I specifically remember Conrad Danielson, he was the Eisenhower coach at that time, and we had some great battles against them, coming in and telling us we had a good game.”

All three players said the one piece of advice they would give the Redbank Valley players is to enjoy the moment.

“These are memories that last a lifetime, win or lose,” McCool said. “I can remember what it smelled like, what it felt like. We watched the movie ‘Hoosiers’ the night before. All these years later, I still have a clear picture of everything.”

Costa said playing in the state championship game was a special moment for him, and he is sure it will be the same for the Bulldogs.

“Leave it all out there on the field, but make sure to enjoy every minute of it,” Costa said. “It is definitely special. At the time, you felt like kings because everyone talked about Smethport, but the lessons learned from not only those games but from playing high school football we have carried with us. Enjoy it. Play hard, and enjoy every moment. It’s pretty cool these guys have made it this far.”

Best said it is important to remember it’s just a football game.

“Play like you always have,” Best said. “It’s just another game. Also, enjoy it. Live it up. It is fantastic that you are there. Very few teams make it. Enjoy it. Everyone is rooting for them.”

McCool said the final thing he would tell the Bulldogs is to believe in themselves.

“Don’t sell yourself short,” McCool said. “Anything can happen. They have already shown this year they can overcome adversity and obstacles. They have it in them. They need to prepare mentally and emotionally and not let the game become too big.”

D9and10Sports to Air Live Pregame Show from Hershey at 11:15 a.m. Thursday powered by Charles Leach Agency
Aiming for History: Redbank Valley Looks to be First D9 PIAA Football Champion Powered by New Bethlehem Subway
We use cookies on our website to give you the most relevant experience by remembering your preferences and repeat visits. By clicking “Accept All”, you consent to the use of ALL the cookies. However, you may visit "Cookie Settings" to provide a controlled consent.
Cookie SettingsAccept All
Manage consent