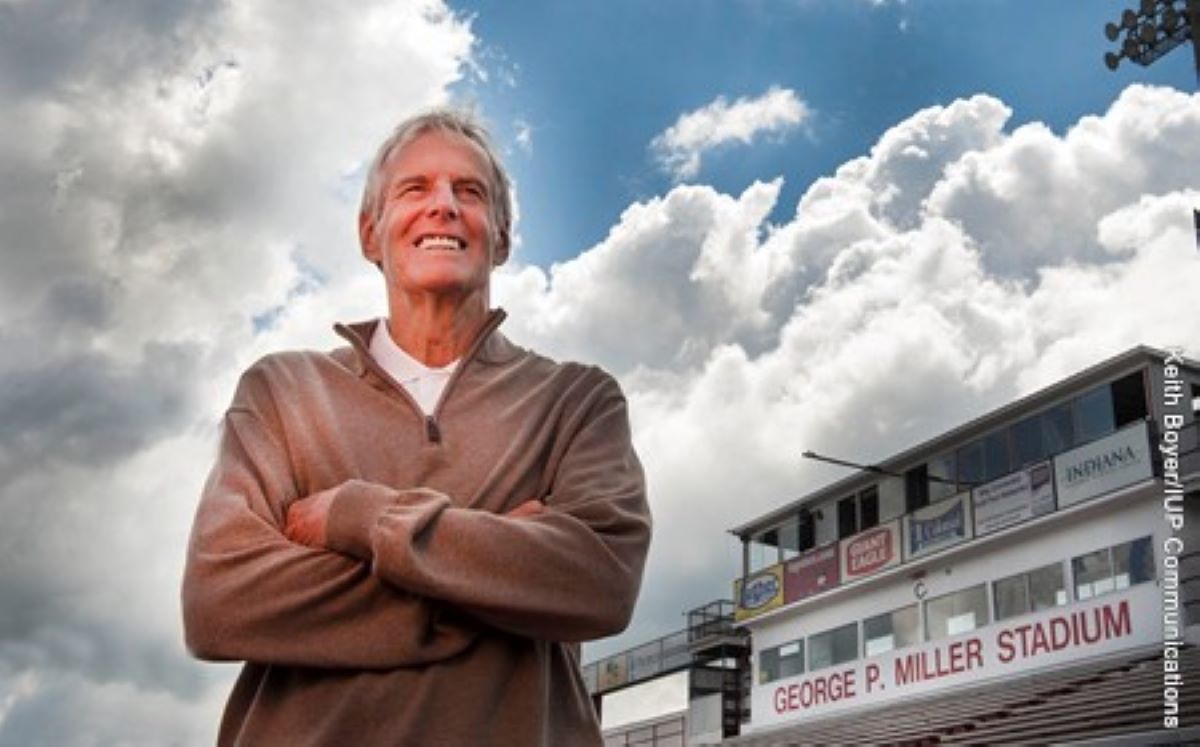 The news was announced by his son, Curt, the head coach at James Madison. His other son, Frank Jr., is the offensive coordinator at Pitt.

Cignitti coached the Indians (now Crimson Hawks) for 20 years from 1986 to 2005 winning a school-record 182 games (182-50-1), including an amazing 106-13 mark in PSAC West play with eight outright PSAC West titles and six co-championships. His 182 victories ranked third in NCAA D2 history at the time of his retirement.

Succeeding the legendary Bobby Bowden at West Virginia in 1976, Cignetti had been an assistant for Bowden at WVU, Cignetti led the Mountaineers to a record of 17-27 from 1976 through 1979 giving him 199 career wins as a head coach.

A 1960 graduate of then Indiana State Teachers College, Cignetti was an offensive end for the Indians and earned 1959 NAIA All-American honors, the first for any player in IUP history. He was also the team MVP in 1958 and 1969 and was included on the All-Time ISTC grid team that was chosen in 1960 (1927 to 1960 players).  He also played basketball for ISTC.

Cignetti returned to his alma mater in 1982 as athletics director. a position he held until 1998.

Also a high school coach at Leechburg (Pa.), Cignetti led the school to the 1965 WPIAL title with a perfect 10-0 record before being hired as an assistant coach at Pitt. He also coached at Princeton before joining Bowden at WVU in 1970 as his offensive coordinator.

In addition to sons Curt, who was also IUP’s head coach from 2011-2015, and Frank Jr., Cignetti, and his wife, Marlene, have daughters Lisa and Theressa.

Wings Up: The Raymond Monica Show! Episode 2
Penn State Rolls, Notre Dame Upset by Marshall, Pitt Falls in Overtime
This website or its third-party tools process personal data.In case of sale of your personal information, you may opt out by using the link Do not sell my personal information.
×
Manage consent