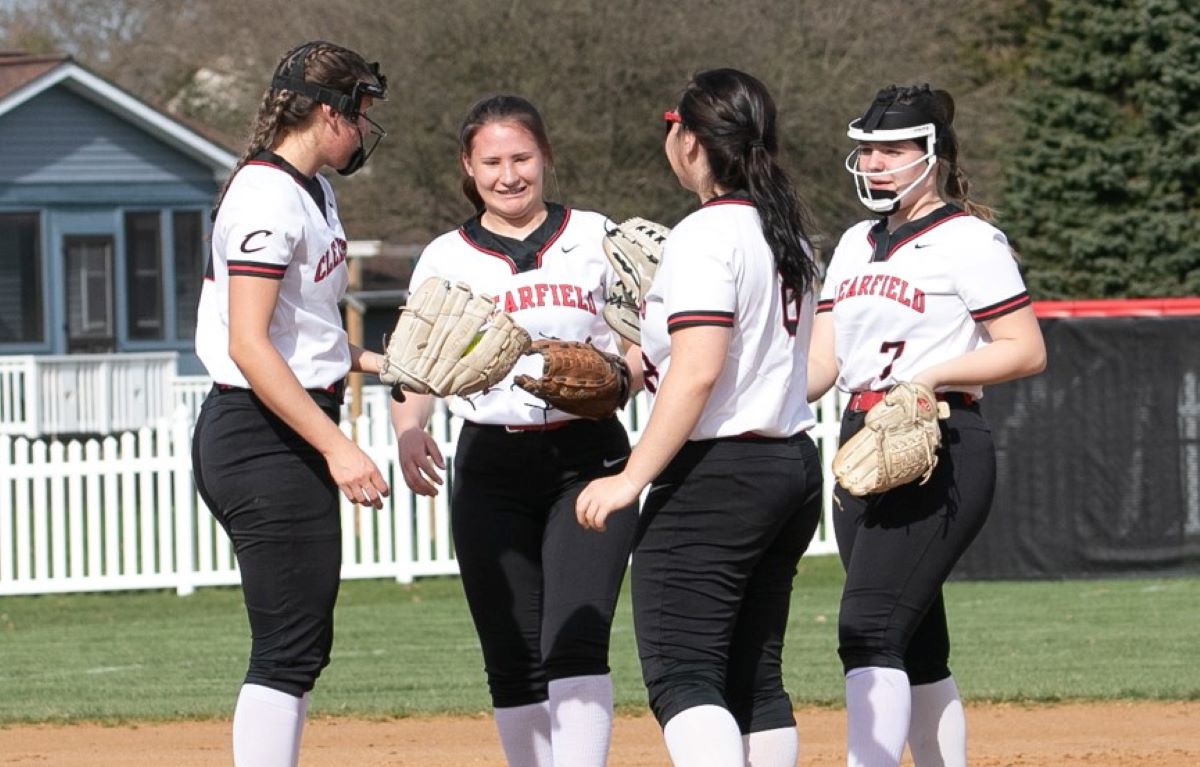 CLEARFIELD, Pa.. – Make no mistake, Clearfield expected to be in this position.

The Lady Bison will attempt to win the school’s first state championship when they battle District 2 champion Tunkhannock in the PIAA Class 4A championship game on Friday at 1:30 p.m.

Buy tickets: Tickets must be bought online in advance. There are no gate sales of tickets. Tickets are $8 plus fees and one ticket is good for all three softball games on Friday, June 17. Tickets can be purchased here.
How to Listen: Passport Radio 98.5 FM and 101.7 FM will be broadcasting the game which can also be heard online here
How to watch: PCN TV (select cable package) or stream via PCN Select ($14.99 for one month). More information is available here or on the NFHS Network ($10.99 per month) here
Follow the Game on Social Media: D9and10Sports will be Tweeting out about the game here

“Everyone is pretty excited,” said Clearfield coach Derek Danver. “The girls make fun of me f me for saying it, but it’s just their gamer mentality. They never back down. We made the goal at the beginning of the season of winning a state championship and they believed in it.”

But Danver made it a point, even in the moments after his team’s thrilling 2-1 win over defending PIAA champion Beaver, that they still have one more to go.

“We’re turning our focus to the next one,” Danver said.

The next one is a Tunkhannock team that was in this position a year ago, losing to the aforementioned Beaver Area 5-4. The Bison snapped Beaver’s 42-game winning streak with their semifinal win.

Tunkhannock is coming off a 13-0 win in five innings over Villa Joseph Marie in the semifinals.

The Lady Tigers got home runs from Erin Van Ness and Gabby Wood, building an 11-0 lead after two innings en route to the win.

Wood and Paige Marabell lead the team with seven home runs each, while Kaya Hannon leads the team with a .446 average and 10 doubles.

But Danver has made it clear that, while his team has done its homework on Tunkhannock, it’s about focusing on what they do.

“We’ve looked at all the stats and looked at some video,” Danver said. “We’ve done the same thing we’ve done for the other games and just have focused on what we need to do.”

What they’ve done to this point has been phenomenal.

After beating St. Marys for the D9 title, the Lady Bison earned a 4-3 walk-off win over D10 champion Franklin before beating D3 champion Hamburg 4-0 to set up the showdown with Beaver.

Emma Hipps retired 14 of the final 15 batters she faced in the win over Beaver. Hipps, a senior bound for Clarion University next season, has turned in a brilliant season. She is 20-2 with a 1.04 ERA, striking out 275 in 147 ⅔ innings pitched.

Offensively, Hipps is hitting .447 with 30 RBIs, eight home runs, and eight doubles, one of four Lady Bison hitting over .400. On a senior-laden team, it’s sophomore Ruby Singleton that leads the .466 average, including the walk-off winner against Beaver.

Lauren Ressler is hitting .407 and Olivia Bender .403 with a team-leading nine home runs.

And everyone has had a hand in helping them get to this point.

“Not just on game days, but in practice as well, they are locked in,” Danver said. “Everybody stepped up to help us come out on top (against Beaver). Girls all over the field, the final run we scored started with the bottom of our order.”

As a team, the Lady Bison are hitting .320. And while they remain laser-focused, they are excited about the opportunity that’s in front of them.

“This is the game that will make everyone remember this team,” Danver said. “As a school, we are very successful in most of our sports. We have great regular seasons, but there’s never been a team that’s won a state championship. They realize how big it is. We’ll have the same approach that we’ve had to every state playoff game. We have to play really good defense, don’t give them extra outs, and put the ball in play and put pressure on them.”

NOTES: Going into Thursday, District 9 had lost won a PIAA softball title in 2018 when Punxsutawney took home the 4A crown … Other D9 winners of PIAA titles include Elk County Catholic (1A in 2015), and Curwensville (1A in 2007 and 2009) … Tunkhannock is in the title game for the third time. In addition to last year’s loss, the Tigers lost to Mount Pleasant in 4A in 2017.

DCC Baseball One Step Away From Goal Manager Adam Fox Set when He Took Program in 2018 Powered by North Washington Rodeo
Listen Live on WDDH, The Hound: DCC vs. Montgomery PIAA 1A Softball Championship Game
This website or its third-party tools process personal data.In case of sale of your personal information, you may opt out by using the link Do not sell my personal information.
×
Manage consent