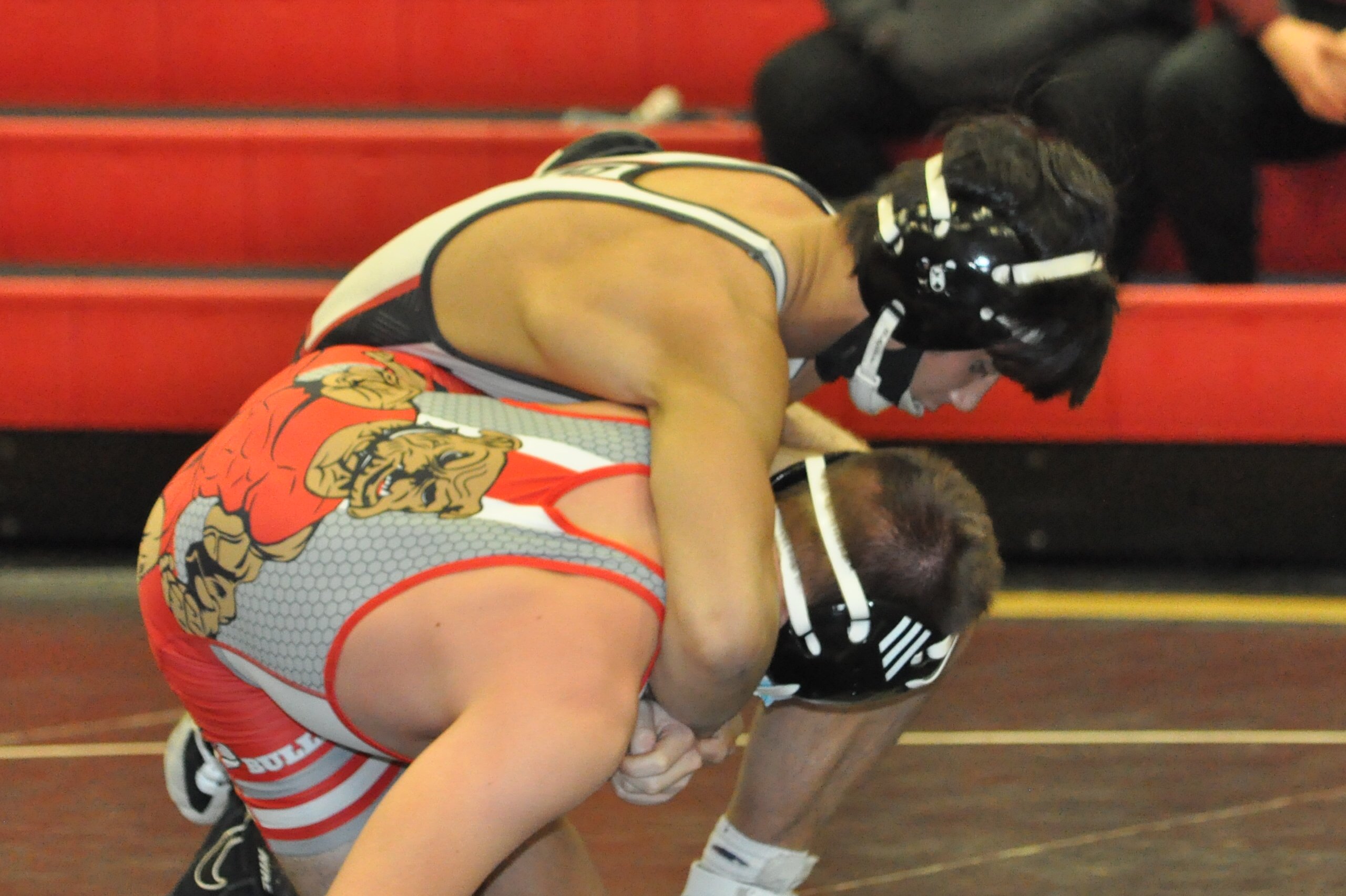 A total of 13 wrestlers from District 9 will be moving on to next weekend’s Northwest Regional at Altoona, with the top two wrestlers in each weight class advancing. A true second place was determined.

Aughenbaugh, a freshman, received a bye into the finals, where he earned a 7-2 decision over Williamsport’s Devin Harris at 120.

Ho, a senior who earlier this season eclipsed 100 career wins, captured bookend titles to add to the one he got as a freshman. This time around at 138, he got a 15-0 tech fall in the semifinals before and got another tech fall, 18-3 in the title match against Luke Freeland of Clearfield.

At 172, Crisp will make his third trip to regionals, this one coming with a district title. He earned a 6-3 decision over Shikellamy’s Gage Wolfe in the semifinals and followed that up with a 12-3 major decision against Clearfield’s Carter Chamberlain for first.

A sophomore, Wehler notched a quarterfinal pin, followed by an 11-4 decision over Steven Miller of Selinsgrove in the semifinals. In the first place bout, he got a reversal three near-fall points in the third period to beat Cearfield’s Hayden Kovalick.

McGonigal, a 2-time state qualifier, earned his second district title, this one at 215. He got a first-period pin of St. Marys’ Jeremy Garthwaite in the semifinals and followed that up with an 8-0 major decision over Selinsgrove’s Ryan Aument in the finals.

Results are listed below.

Feb. 20, 2021 D9 Girls’ Hoops: Garzel Explodes for 40 in Port A Win; Brockway’s Esposito Wins 200th Game; Forest Area Breaks Losing Streak
Reynolds Claims Team Title, Fort LeBoeuf Advances Eight at D10 Class 2A Wrestling Championships
We use cookies on our website to give you the most relevant experience by remembering your preferences and repeat visits. By clicking “Accept All”, you consent to the use of ALL the cookies. However, you may visit "Cookie Settings" to provide a controlled consent.
Cookie SettingsAccept All
Manage consent