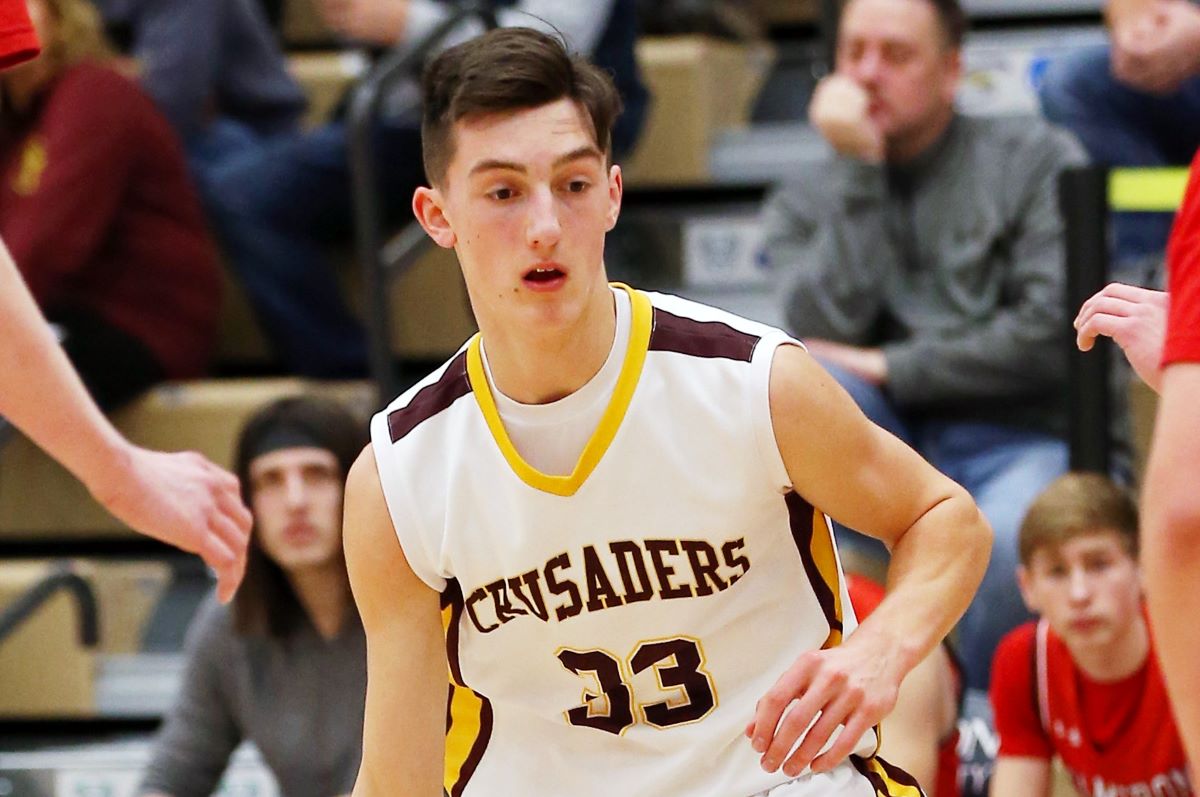 Tanner Merwin hit five 3-pointers on seven attempts and added 15 points for the Falcons, who also got 10 points and six assists from Eli Penny and 11 points and seven rebounds from Landon Chalmers.

CLARION, Pa. – Clarion continued its high-flying ways getting 26 points and six assists from Cal German and 22 points from Christian Simko on its way to an 82-67 win over visiting Redbank Valley.

Beau Verdill added a double-double for the Bobcats with 15 points and 11 rebounds while also coming up with eight steals and dishing out six helpers, and Hunter Craddock chipped in 15 points and 12 rebounds.

Bryson Bain scored a game-high 27 points, including 12 in the fourth quarter, for A-C Valley who also got 20 points from Marquese Gardlock.

BRADFORD, Pa. – Richie McDowell scored 15 points to help visiting Smethport overcome a two-point second quarter on its way to a 48-37 win over Bradford.

The Hubbers came out smoking and led 17-10 at the end of the first quarter but allowed Bradford to climb within three, 19-16, at halftime.

But McDowell hit a 3-pointer and two free throws in the third quarter to help Smethport push the lead to 34-23 going to the fourth quarter.

Layne Shall chipped in 10 points for the Hubbers who also got nine from Chase Burdick and eight from Alex Ognen.

KNOX, Pa. – Colin Say led a trio of Keystone players in double digits with 16 points to help the Panthers knock off visiting Moniteau, 62-39.

Brandon Pierce chipped in 14 points while hitting three 3-pointers for Keystone who also got 14 from Bret Wingard.

EMPORIUM, Pa. – Holding visiting St. Marys to four or fewer points in three of the four quarters, Cameron County picked up a 38-23 victory.

The Red Raiders limited the Dutch to three points in the first quarter and four each in the third and fourth quarters on their way to the win.

ST. MARYS, Pa. – Elk County Catholic used a big fourth quarter to pull away from visiting Ridgway for a 41-31 win.

The Crusaders led 22-19 going to the final eight minutes put out paced the Elkers 19-12 in the fourth quarter behind eight points from Mason McAllister and seven from Charlie Breindel.

McAllister finished with 10 points and Breindel with 12 for ECC while Mark Karuas, who hit three 3-pointers in the game and scored four fourth-quarter points, led all scorers with 17 points.

Behind Chase Beighley, who finished with a game-high 22 points to go with five assists, and Rupp, who ended with 15 points and nine rebounds, the Gremlins led 29-8 at the end of the first quarter and 52-12 at halftime.

The teams were tied at 19 at the break before Clearfield went up double digits in the third quarter only to watch the Red Raiders get back in the game in the fourth quarter before Miller connected on an old-school 3-point play and also added free throws on an intentional foul after he was fouled before Clearfield could inbound the basketball late.

Miller talked about the win

Karson Rumsky added eight points in the win with Ryan Gearhart chipping in 11.

The Golden Knights trailed 48-39 going to the final eight minutes but outscored the Lions 23-9 in the fourth quarter to get the win.

Caden Rainey led the late charge scoring eight of his 21 points in the fourth quarter while Payton Johnston hit a 3-pointer and tallied five of his nine points in the quarter.

Hayden Callen scored 12 points for C-L, all in the first half, while Riley Klingensmith added 10 and Jordan Hesdon and Hayden Siegel eight each.

No other information was reported.