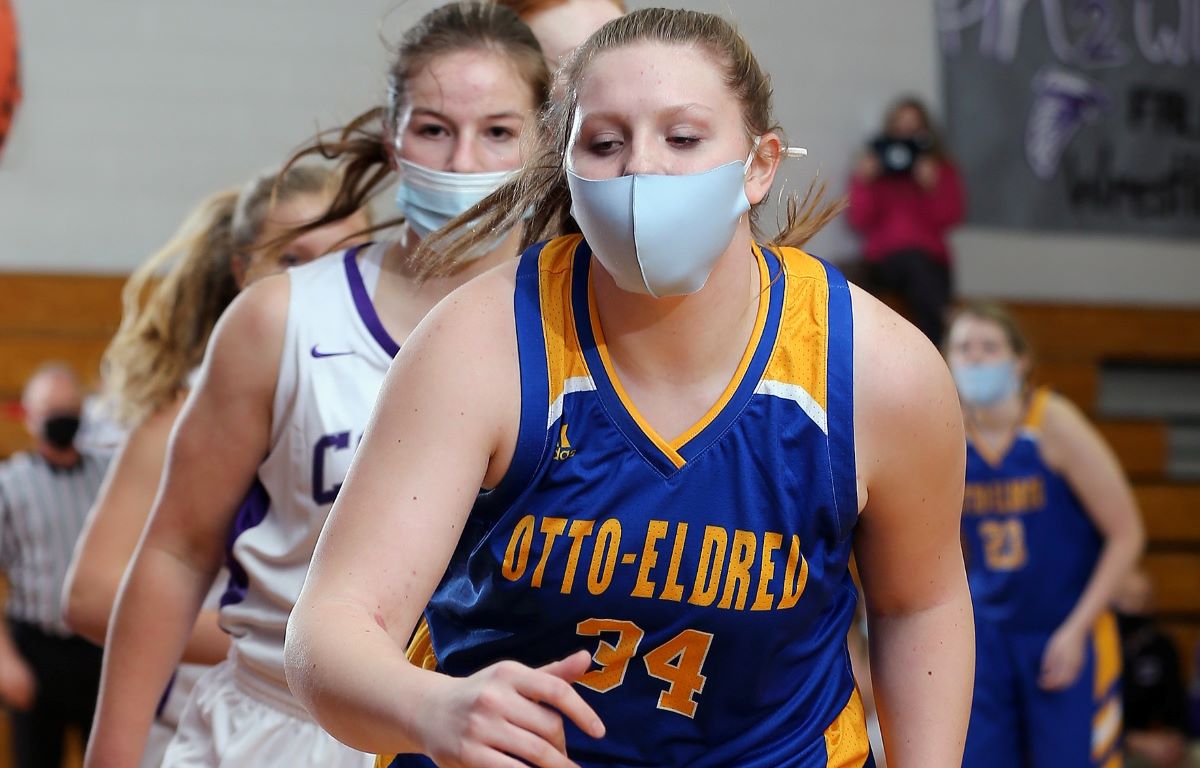 Heller took a pass and split a pair of defenders to score on a contested shot, the only basket of the fourth quarter for the Lady Terrors, who led 38-29 going to the final eight minutes.

Cameron County got a good look from Reggie Goodrow from 3-point range with just under five seconds left that banged around and out.

It was the second time this season the teams played a one-possession game, as the first game, Jan. 22 in Duke Center, saw the Lady Raiders win 39-37.

Hailey Hilfiger led Cameron County with 17 points and nine rebounds with Kalee Bresslin adding 14 points, including 13 in the first half when she hit three first-quarter 3-pointers.

The 3-point shot helped the Lady Raiders get back in the game in the fourth quarter with Hilfiger, Mallory McKimm, and Goodrow each hitting a triple in the quarter, including a deep three (at the 1:48:08 mark of the above video) by Goodrow with just over two minutes left.

JOHNSONBURG, Pa. – Visiting St. Marys built a 16-point lead after three quarters and then held off a furious fourth-quarter rally by Johnsonburg to get a 39-32 win.

The Lady Dutch led 34-18 going to the fourth quarter before Johnsonburg nearly doubled its score by outscoring St. Marys 14-5 in the final eight minutes.

Kyla Johnson led St. Marys with nine points while hitting three 3-pointers, including one in the fourth quarter, while Samantha Hayes and Isabelle Caskey each added seven points.

Annasophia Stauffer had a game-high 14 points for Johnsonburg, including eight in the fourth quarter, while adding four steals. Kaci Stelene chipped in six points and six rebounds for the Ramettes with Emma Myers also grabbing six boards and Tess Kocjancic scoring six points.

It was Garzel’s sixth 20-point game in nine contests this year, and she added eight rebounds, five assists, and three steals.

Megan Hyde had career night for Northern Potter with 17 points – she had scored 15 in the Lady Panthers’ first seven games. All 17 of her points came from the second quarter on including 13 after halftime.

BRADFORD, Pa. – Sarah Chambers scored 21 points, including 17 before halftime, to lead visiting Coudersport to a 51-15 win over Bradford.

Behind Riley Presloid, the Lady Chucks led 28-8 at the end of a quarter.

The teams were tied at 26 going to the fourth quarter but Troup led the Bearcats to the win.

Feb. 4, 2021 Wrestling: Redbank Valley Edges Indiana; Brockway, Punxsy, Brookville Earn Wins
Feb. 4 2021 D10 Hoops: Grove City’s Santom Hits 1,000-Point Milestone In Win; Fairview, Warren Girls Nab Big Region Victories
We use cookies on our website to give you the most relevant experience by remembering your preferences and repeat visits. By clicking “Accept All”, you consent to the use of ALL the cookies. However, you may visit "Cookie Settings" to provide a controlled consent.
Cookie SettingsAccept All
Manage consent