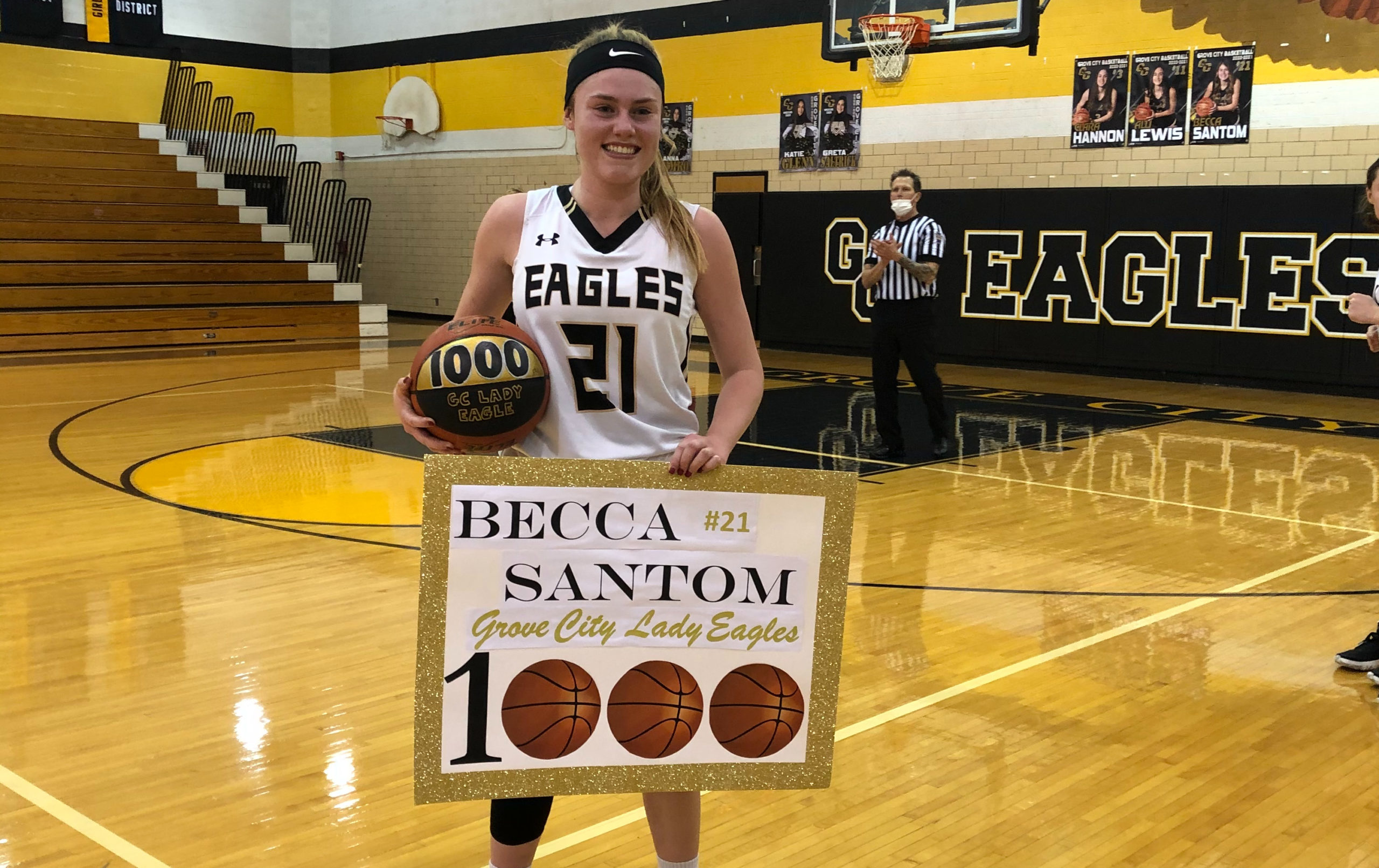 The Eagles led from start to finish, which included a 23-2 run in the second quarter.

Clara Hannon had 11 points for the winners and Alli Lewis nine.

FAIRVIEW, Pa. – Sammy Momeyer led a balanced effort with 10 points as Fairview picked up a key Region 3 win over Girard, 41-36.

The Tigers pitched a 7-0 shutout in the second quarter to gain a 9-point halftime advantage en route to the win.

Courtney McDonald and Abby Sherman had 12 points each for Girard.

The Dragons, who earned their 10th win, jumped out to a 21-8 lead after the first quarter.

Harbor Creek cut the margin to five at halftime thanks to a 9-1 second quarter, but Warren answered right back, outsourcing the Huskies 14-8 in the third.

The 3 accounted for Grandy’s first and only points of the game.

Jadyn Flick and Renee Ealy had five points each for Wilmington

NEW CASTLE, Pa. – Malana Beach and Aniyah Anderson scored 11 points each for Hickory, but it was host Union that came away with a 33-29 victory.

Kayla Fruestorfer had nine points to lead Union, which outscored Hickory 13-5 in the fourth quarter.

FRANKLIN, Pa. – Leading by nine going into the fourth quarter, Franklin held off a late rally from Oil City en route to a 39-37 win.

COCHRANTON, Pa. – Cochranton won for the second day in a row, beating Seneca 48-36.

Lexie Moore had 14 points for Cochranton, which outscored Seneca by 12 in the second and third quarters.

Maydison Kent had 15 points to pace the Bobcats.

Dixie Kindervater had 14 points and Avery Braymer 10 for the Panthers.

Cyaira Zielinski had eight points for the Bears.

Kenzie Olewine scored 12 points and Kamryn Weissinger and Chloe Senz eight each for the Eagles.

Olivia Kulyk had 12 points for the winners, while Lillirose Lang added eight.

The duo of Connor Evans and Chris Mele came up huge for the Hornets, scoring 25 and 21 points, respectively.

Down two at the half, the Hornets outscored the Golden Eagles 26-15 in the second half.

Malik Lampkins-Rudolph had 14 points to pace Kennedy Catholic, while Sky’Ler Thomas had 12 and Gio Magestro 10.

Malachi Milsap and Liam Galla had nine points each for Prep.

Feb. 4, 2021 D9 Girls’ Hoops: Heller’s Late Basket Helps O-E Girls Beat Cameron Co.; St. Marys Holds Off Jburg
Feb. 4, 2021 D9 Boys’ Hoops: Ruhlman’s Layup in Final 10 Seconds Lifts Brookville Past Clearfield; Orton Passes Dad on ACV All-Time Scoring List
We use cookies on our website to give you the most relevant experience by remembering your preferences and repeat visits. By clicking “Accept All”, you consent to the use of ALL the cookies. However, you may visit "Cookie Settings" to provide a controlled consent.
Cookie SettingsAccept All
Manage consent