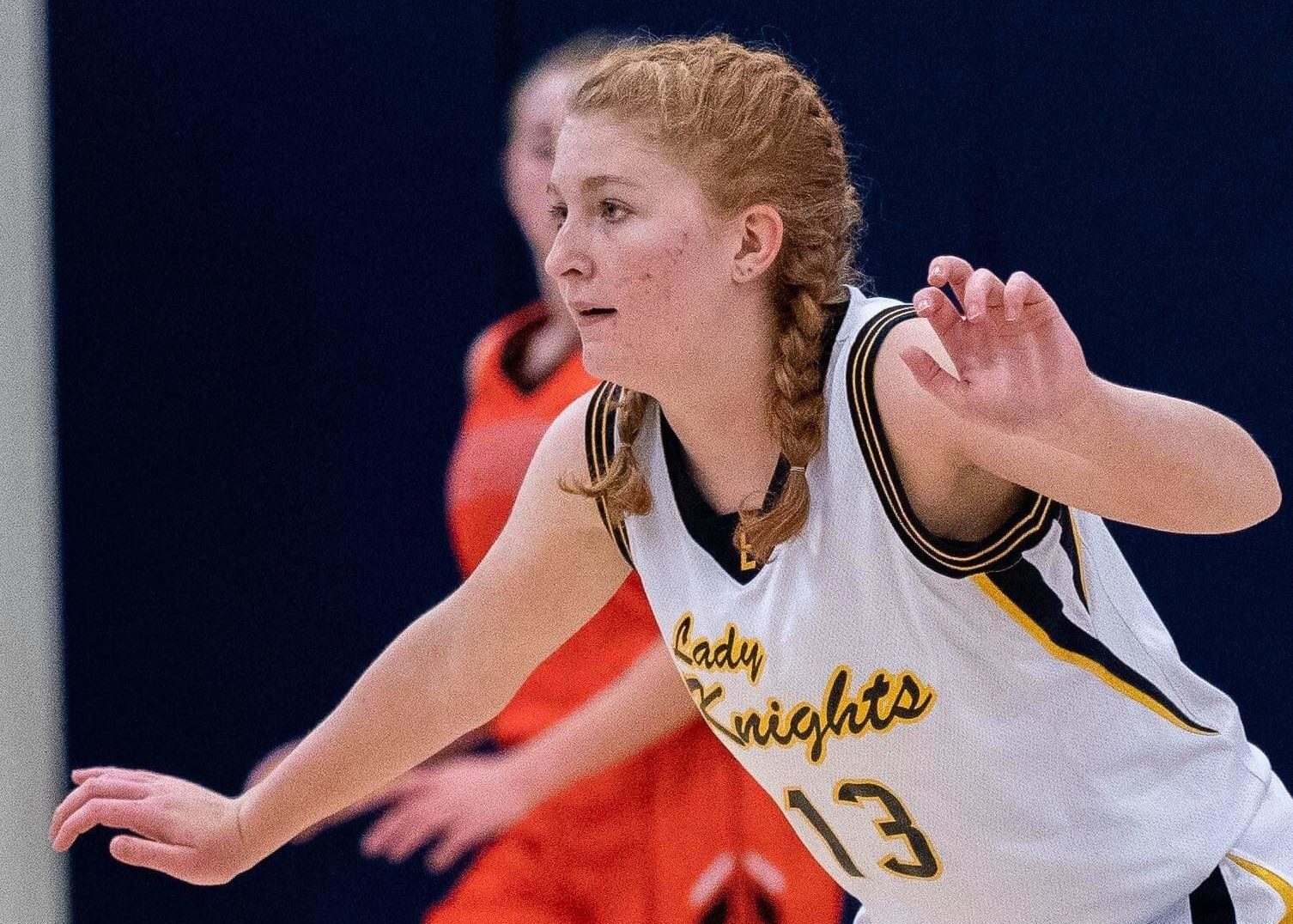 RUSSELL, Pa. – Leading by two at halftime, Eisenhower outscored Oil City 30-10 in the second half to pick up its first win of the season, 42-20 over Oil City.

Bella Marino scored 12 points and dished out three assists for the Knights, who led 12-10 at halftime.

Delaney Chase and Lilly Smyth had eight points each for Eisenhower. Chase has three assists. Mackenzie Dunn pulled down 14 rebounds.

Tied 14-14 at halftime, the Sailors outscored the Hornets 17-2 in the third quarter to pull away.

Emily Duncan had eight points and McKenzie Gustas seven for the Hornets.

Jordyn Wheeler had 15 points and Mackenzie Yanc 11 for the Blue Devils, who led 35-10 at halftime.

The Cardinals led 26-16 at halftime and extended that lead to 24 at the end of the third quarter.

Riley Harvey and Jaylin McGill had 12 and 10 points apiece for the Cardinals.

The Panthers used a 20-4 run in the second quarter to take control of the game.

Jaden Wilkins had 11 points for Saegertown and Max Fuller six, as nine different Panthers found their way into the scoring column.

Karson Cropp and Jacob Castona had six points each for Commodore Perry.

UNION CITY, Pa. – A night after scoring 35 points, Matthew Bennett once again led the way for Union City, scoring 16 in a 56-37 Region 2 win over Maplewood.

Josh James scored 14 points for the Bears and Kyler Shaffer 13 in the win.

WARREN, Pa. – Ben Berdine had a double-double with 20 points and 10 rebounds as Warren powered past Conneaut, 58-34.

The Dragons, who were coming off a tough loss to Harbor Creek, built a 34-18 halftime lead en route to the win.

JT Blum had 13 points and six rebounds for the Dragons, while Parks Ordiway added 11 points and Tommy Nyquist five assists.

MEADVILLE, Pa. – Sky’Ler Thomas and Dajaun Young scored 22 points each to lead Kennedy Catholic to a hard-fought 73-64 win over Meadville.

The difference was the second quarter, where the Golden Eagles outscored the Bulldogs, 28-12.

Elijah Harden and Malik Lampkins-Rudolph were both in double figures scoring with 13 and 10 points, respectively.

Reese Pero had 17 points to lead Meadville, while Charlie Waid had 15.

Caelan Bender had a big game for Wilmington in the loss, scoring 27 points.