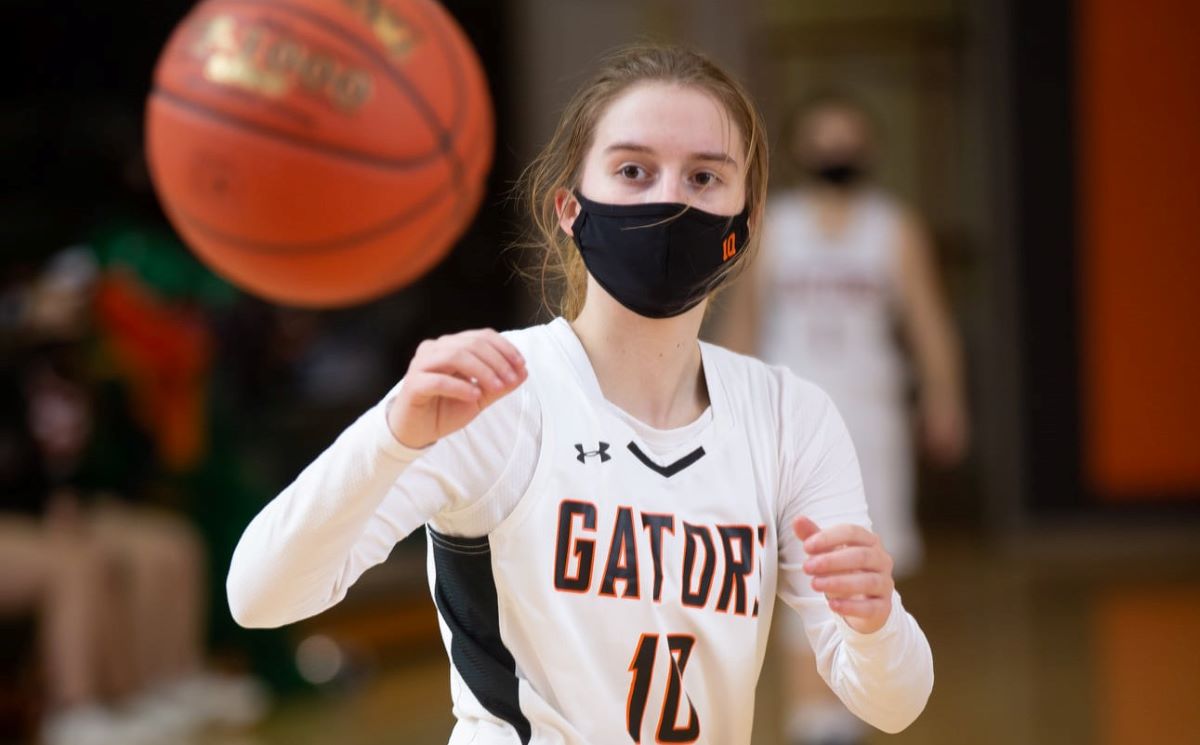 PORT ALLEGANY, Pa. – Clinging to a two-point lead late in the third quarter, Port Allegany got a four-point play from Bree Garzel at the third-quarter buzzer and went on to beat visiting Cameron County, 56-46.

The Lady Gators were leading 41-39 when Garzel hit a 3-pointer, was fouled and hit the free throw to extend the lead to six, 45-39, going to the fourth quarter.

Hailey Hilfiger had a monster night for Cameron County with 14 points and 20 rebounds. Kaelee Bresslin led the Lady Raiders with 16 points with Reggie Goodrow adding nine on three 3-pointers.

BRADFORD, Pa. – Visiting Elk County Catholic got 13 points and 11 rebounds from Tori Newton on its way to a 49-34 win over Bradford.

Sydney Alexander added 12 points for the Lady Crusaders who also got nine tallies from Julia Aikens.

Foringer scored 15 of her 19 points in the first three quarters to help the Lady Bulldogs to a six-point lead at the end of three quarters, 39-33.

Caylen Rearick hit a pair of 3-pointers and added 10 points for Redbank Valley with Katie Davis and Claire Clouse each scoring eight points. The Lady Bulldogs played their second straight game without Alivia Huffman, who was hurt in a win over Forest Area Tuesday.

Izzy Caskey and Jade Lindemuth each added nine points in the win with Samantha Hayes chipping in eight.

WARREN, Pa. – Trailing 10 after the first quarter and 19-14 early in the second half, Warren rallied for a 33-26 win over visiting Clarion.

Emma Ruhlman had 13 points and pulled down 13 rebounds for the Dragons, while Riley Childress had 11 points and five steals.

Clarion, which led 14-4 at the end of the first quarter, was led by seven points from Jordan Best with Erica Selfridge and Payton Simko each scoring six points.