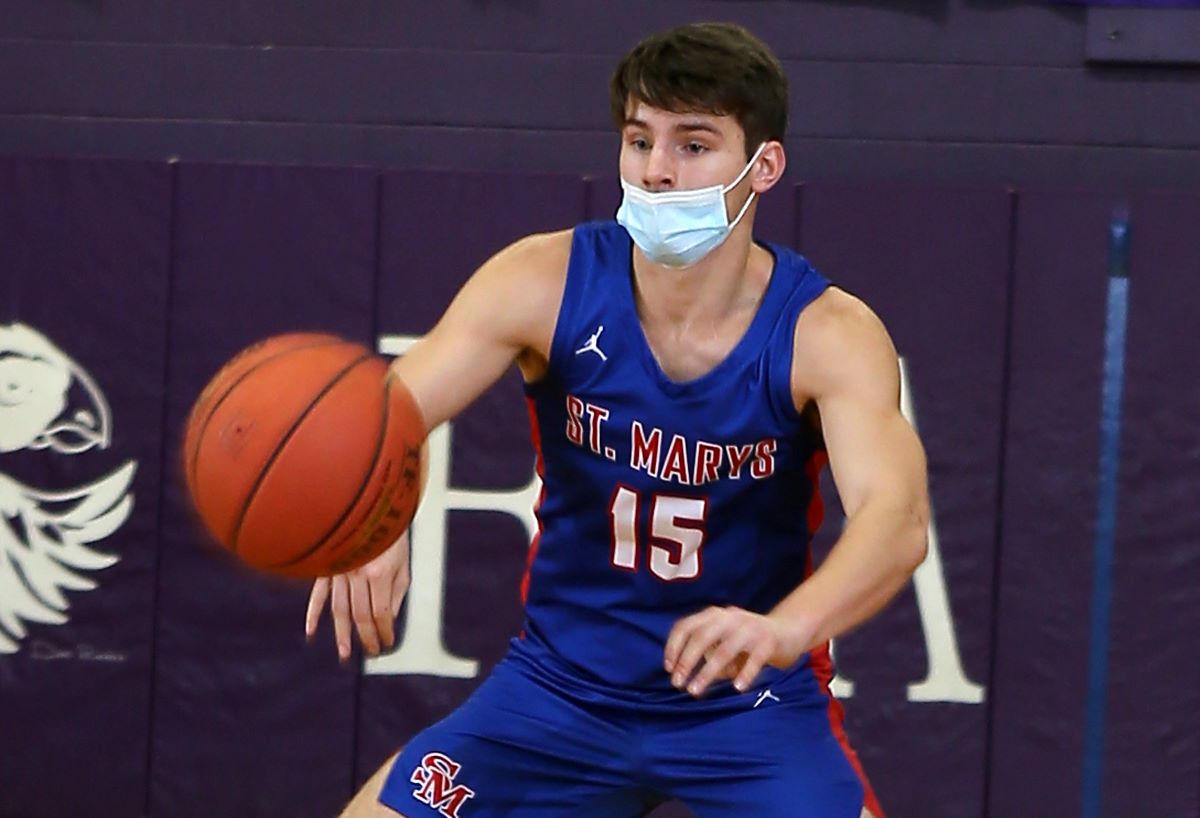 The game was tied at 34 going to the final eight minutes before Reiter Nunes took over and won the game for the Dutch.

Eisenhower led 36-32 going to the fourth quarter before Sheffield fought back on the strength of a balanced scoring effort that saw four different players score four points in the quarter.

Nolan Alabaugh and Lucas McNeal each added eight points for the Wolverines.

Wyatt Lookenhouse led all scorers with 18 points for Eisenhower with Calen Robinault chipping in 15 points and Owen Trumbull 10.

STRATTANVILLE, Pa. – Hitting 7 of 8 fourth-quarter free throws Keystone gave head coach Greg Heath win No. 639 surpassing Union legend Don Stemmerich for the most in Clarion County League/KSAC history and the second most in District 9 history with a 61-55 victory at C-L.

Heath is now 639-289 in his 37th year as a head coach. Stemmerich went 638-288 in 38 years at Union. Read more about Heath tying Stemmerich with a win over Cranberry Tuesday.

Mason Mershimer led Moniteau with 10 points with Kyle Pry adding eight points in his first game back since suffering an injury prior to the Feb. 10 game with Cranberry. Pry missed four games.

Alex Ognen chipped in 12 points for the Hubbers who also got 10 from Brandon Higley.

Carter Anderson and Trey Slawson each scored 19 in the loss for Northern Potter.

Feb. 25, 2021 D10 Basketball: Warren Girls Rally Past Clarion; Union City Girls Beat Cochranton
Starr Buzzer Beater Named ESPN SportsCenter No. 2 Play of the Night
This website or its third-party tools process personal data.In case of sale of your personal information, you may opt out by using the link Do not sell my personal information.
×
Manage consent