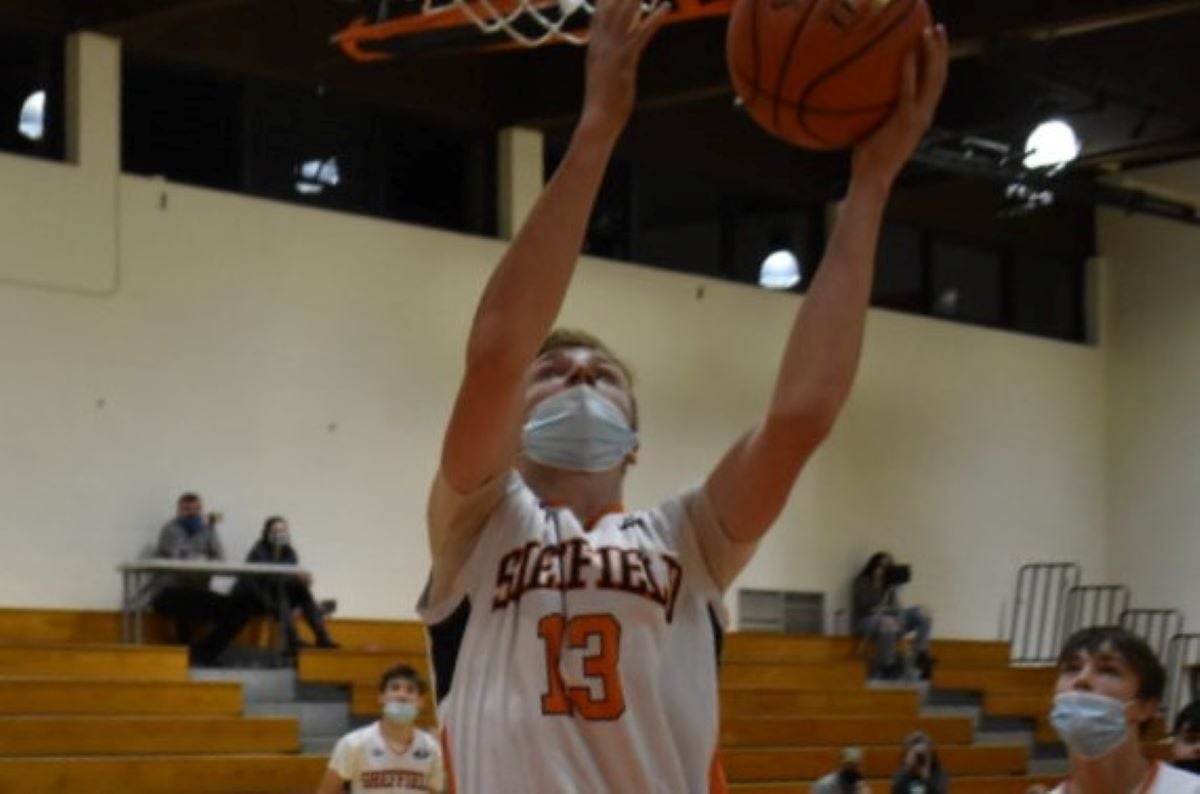 Tony Richard added 11 points and five rebounds for the Wolverines.

The 37 points for Hepinger are the second-most in his career behind a 38-point game against DuBois Central Catholic his sophomore season.

Mark Kraus led the Crusaders with 12 points with Mason McAllister adding 10 and Luke Jansen and Charlie Breindel nine each.

Landon Chalmers added 15 points, 11 in the fourth quarter, for the Falcons with Broc Weigle scoring eight and Jay Clover six.

Colton Kuntz had nine points to lead the Fires.

Nathan Waltman and Luke Cramer each scored 13 points for the Gremlins who also got 112 from Chase Beighley, who hit three 3-pointers, and 11 from Eric Booher.

Colin Deeter and Jake Liederbach each had seven for Venango Catholic, while Andrew Burda, limited by an injury suffered Tuesday night, added five points as did Logan Rakow.

Derek Easton added 11 points and six assists for the Falcons who also got 10 points from Brandy Kighlinger and nine each from Garrett Kelert and Dalton Keglovits.

Karson Rumsky added 15 points, four assists, and three steals for the Bison who also got 15 points from Matt Pallo.