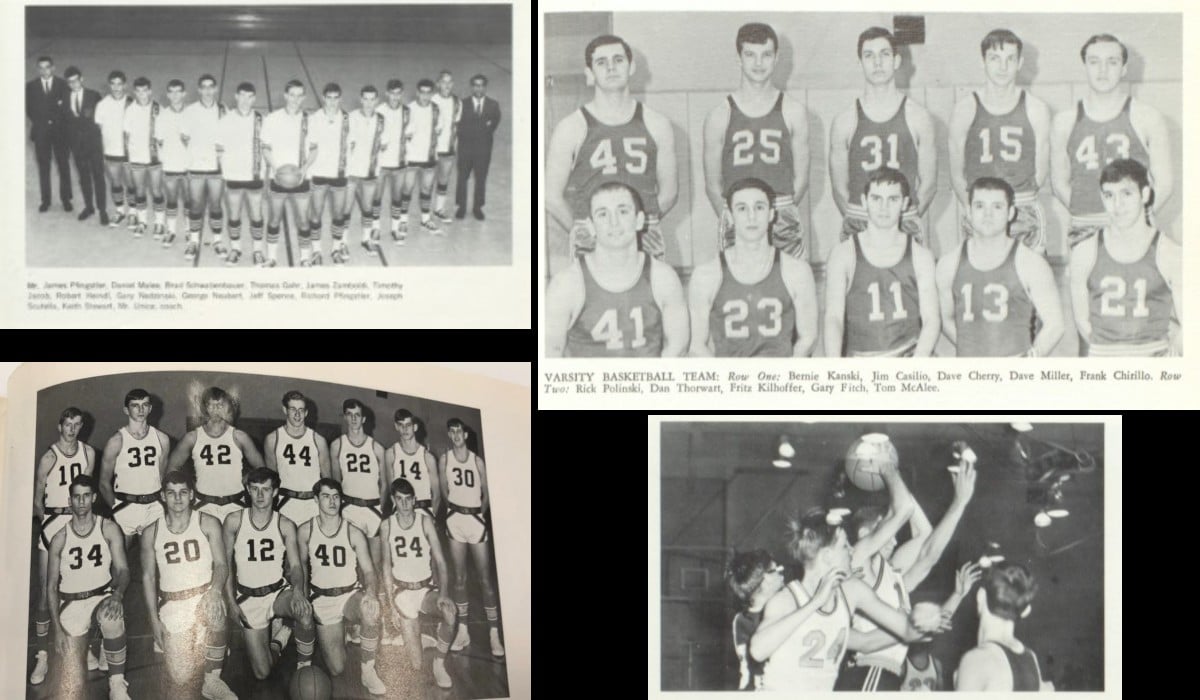 Feb. 23, 1968, very well might have been an unprecedented night in the annals of District 9 basketball.

In the ECC win, Gary Nedzinski was the leading scorer with 22 points.

The easy win was a bit of a surprise considering BCC had beaten Elk in the first game in Bradford.

Meanwhile, in DuBois, Johnsonburg coached by Fran Villella, was in a high-scoring contest with DCC.

Up in Warren County at Sheffield, the legendary Nick Creola led the Wolverines to the 70-point victory. If prorated by points per minute, Sheffield would have scored over 200 points in an NBA game. The 133 tallies could very easily be a D9 record for points in a game.

Three other names that stick out when you talk about this era of basketball are Tommy Green (Brockway/Syracuse); Dan Wetzel (Coudersport/Virginia Tech), who scored 50 points in a PIAA Tournament game in 1964 at Kelly Gym in St. Marys; and Fred Riley (Clearfield/Edinboro), who scored 59 points against St. Marys in 1968, which was the District 9 record for points in a game until this season.

And remember, this was all before the 3-point line was introduced to high school basketball in the late 1980s.

Three D9 Class 2A Boys Quarterfinal Games on tap Wednesday
2022 District 9 and District 10 Wrestling Championship Hub Now Available
This website or its third-party tools process personal data.In case of sale of your personal information, you may opt out by using the link Do not sell my personal information.
×
Manage consent