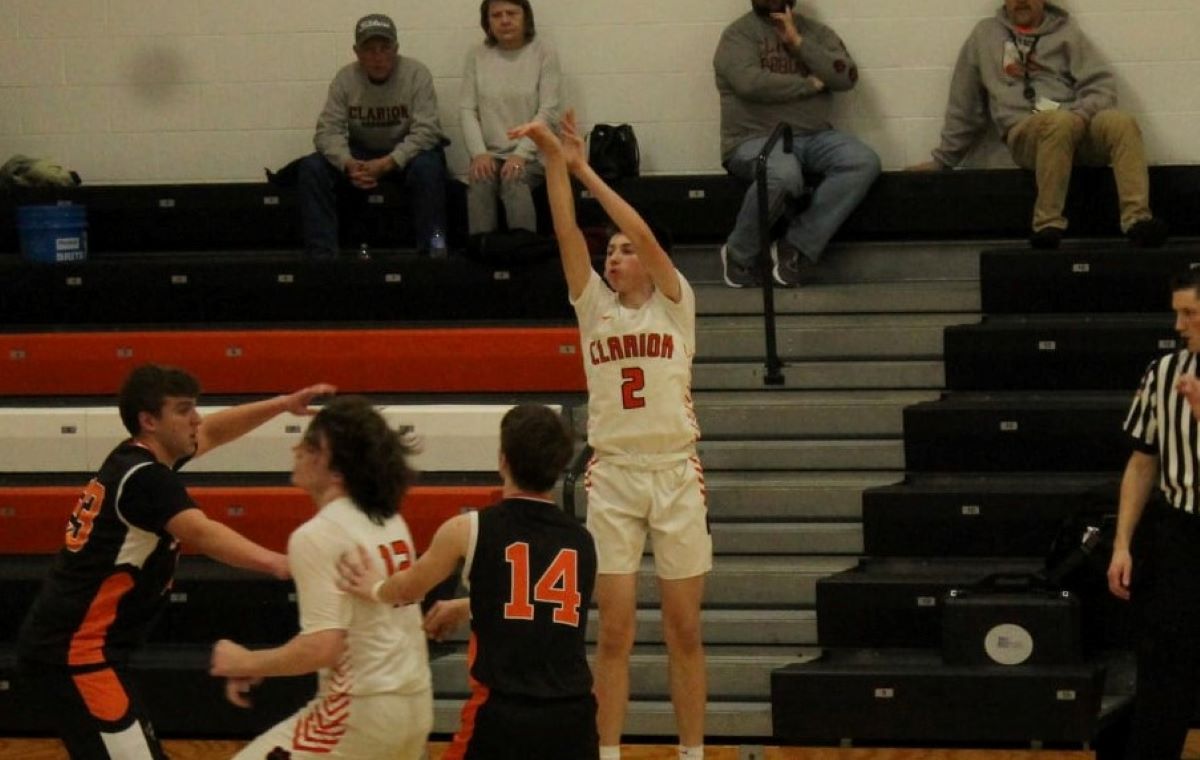 CLARION, Pa. – Eighth-seeded and defending champion Clarion used a 9-0 run at the end of the first half to break open a tie game, and the Bobcats went on to beat ninth-seeded and visiting Sheffield, 60-41, in the opening round of the District 9 Class 1A basketball playoffs Tuesday night.

But Derek Smail took a pass from his brother, Dawson, and broke the tie with 3:42 to play before the break to start the game-changing 9-0 run.

“I think we just needed to get back to playing defense the right way,” Clarion head coach Scott Fox said. “We were getting beat down the floor because we weren’t hustling back and forth. I think it took us a while to get into the flow of the game. Once we got into the flow, we obviously started playing way better.”

Clarion got the lead to as many as 12, 39-27, in the first two minutes of the second half following a Devon Lauer 3-pointers before Sheffield clawed back to eight, 41-33, thanks to a Caden Copley floater with 3:16 left in the quarter.

Lauer, the Allegheny Grille of Foxburg Player of the Game, talked about his performance and the win.

Christian Simko, who had a game-high 23 points, then added back-to-back baskets – one at the end of the third quarter on a fastbreak and then another on an offensive rebound of a misses free throw early in the fourth quarter – to push the lead to 15, 48-33.

After a Copley free throw gave Sheffield a momentary reprieve, Christian Simko, Dawson Smail, and Lauer followed with six straight points to put Clarion ahead 20, 54-34, with 5:18 to play.

“Going into tonight, I wanted to push the tempo and get back to the way we play usually,” Fox said. “I just wanted to get up and down the floor tonight.”

Finch led Sheffield with 14 points and was named the Icyy Ink Sheffield performer of the game.

Also for the Wolverines, whose season game to an end, Tony Richard had nine points on three 3-pointers while Copley had seven.

Clarion will travel to top-seeded Elk County Catholic for a 7 p.m. quarterfinal game Friday, Feb. 25. The Bobcats beat ECC at ECC in last year’s semifinals on its way to the D9 title.

With the win, Clarion has assured itself at least two more games as even a loss to ECC would put the Bobcats in the fifth-place consolation tournament since the PIAA is taking five teams to the PIAA playoffs.

Feb. 22, 2022 D9 Girls 1A First Round: Clarion Beats 2-time Defending Champion Coudy; Union, NoPo Win
Feb. 23, 2022 District 9 and District 10 Basketball Schedules Powered by Hunter’s Station Golf Club
This website or its third-party tools process personal data.In case of sale of your personal information, you may opt out by using the link Do not sell my personal information.
×
Manage consent