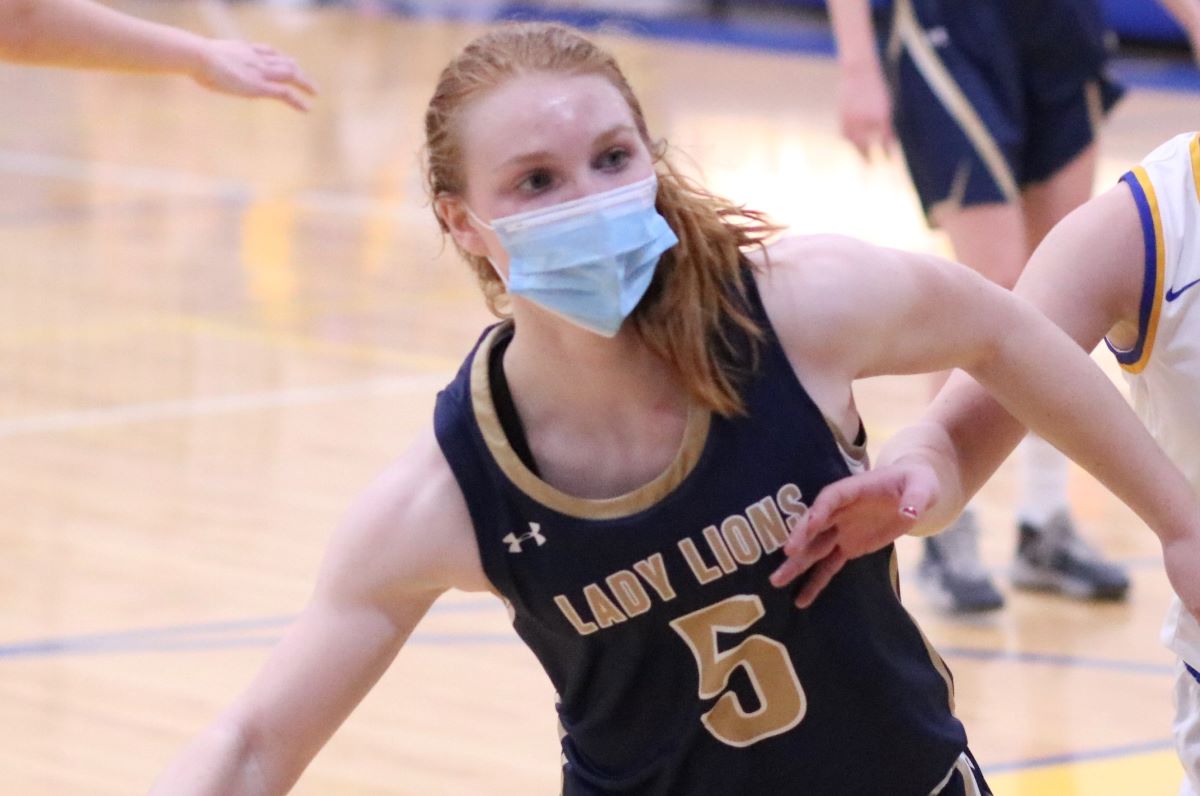 STRATTANVILLE, Pa. – Clarion-Limestone built a 17-point halftime lead and then hung on for dear life to beat visiting Union, 51-47.

The Lady Lions led 34-17 at the break thanks to 17 points from Frances Milliron but were outscored 15-2 to allow Union back in the game with Keira Croyle scoring 12 of the Golden Damsels 15 points in the third quarter.

C-L was able to rebuild the lead to six, 47-41, with under two minutes to play, but Dominika Logue scored six straight points for Union sandwiched between a made free throw by C-L to cut the Lady Lions lead to one, 48-47.

The Golden Damsels then had a chance to take the lead when Logue rebounded a missed shot and threw a perfect home run pass for Croyle. But Milliron and Anna Kennemuth hustled back and knocked the ball away from Croye before she could get a shot off. The ball went out of bounds to Union.

Maggie Minick then missed a shot, and Milliron tied up Logue on the rebound with the possession arrow to C-L.

Lexi Coull then made one of two free throws to make it 49-47 before Hailey Theuret walked.

But Croyle stole the inbounds pass before Logue took an ill-advised 24-foot 3-pointer with 23.8 seconds left that was way off the mark.

Milliron then hit a pair of free throw with around seven seconds to play to set the final score.

Milliron had a game-high 23 points for C-L with Kendall Dunn adding 11 and Maddy Wenner 10.

Logue led Union with 14 points, including nine in the fourth quarter. Croyle added 13.

FOXBURG, Pa. – Karns City took a seven-point lead into the fourth quarter and then held off homestanding A-C Valley for a 27-24 win.

The Gremlins led 24-17 at the start of the fourth quarter on the strength of a pair of 3-pointers from Rosie Carden and six points from Emma Dailey.

But A-C Valley came back and got within two, 26-24, thanks in part to a 3-pointer from Rachel Cullen and baskets from Baylee Blauser and Andrea Meals.

The Lady Falcons had a pair of chances to tie the game at 26 but saw Meah Ielase miss a shot with 58.8 seconds left. Cullen, however, tied up a Karns City player after the rebound with the possession arrow in A-C Valley’s favor.

Blauser, however, then missed a shot with the rebound again being tied up but this time with the arrow in Karns City’s favor.

Rossi McMillen proceeded to hit one of two free throws with 11.9 left to make it 27-24.

A-C Valley got the ball into the frontcourt and called timeout with 4.5 to play.

After the timeout, the Lady Falcons ran a perfect play with the inbounder Mia Sherman sprinting across the baseline to the right corner while the player who took the inbounds pass, Cullen, dribbled around an Andrea Meals screen to the right elbow where she threw a bounce pass to Sherman in the corner. Sherman then set her feet and took a 3-pointer that would have tied the game at the horn, but it was a little too strong.

Dailey, Carden, and Brooke Manuel each scored six points to lead Karns City, which is now 4-3 in games in which it has scored less than 30 points.