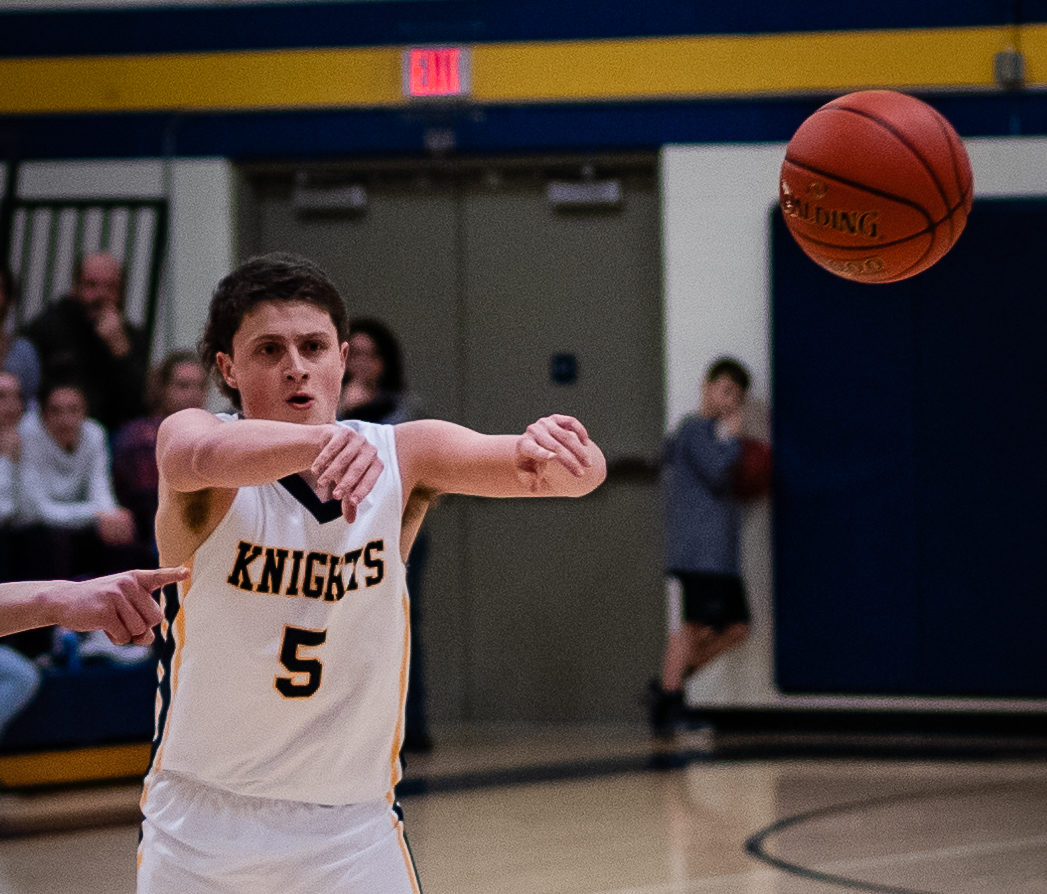 RUSSELL, Pa. – Wyatt Lookenhouse’s putback with 22.5 seconds left broke a 46-all tie and helped lift Eisenhower to a 50-46 victory over Iroquois.

On the ensuing Iroquois possession, Eisenhower’s Kael Hunt came up with a steal, was fouled and made both free throws to put the game away.

Hunt, who finished with 12 points, was named the Allegheny Grille of Foxburg Player of the Game.

For Iroquois, Logan Briggs scored 14 points, nine of which came in the third quarter.

Corrion Combest added 13 for the Braves, while Opal Akol and Ben Burkhardt chipped in with 10 apiece.

FRANKLIN, Pa. – Franklin outscored Grove City by eight in the second half en route to a 56-45 win in a Region 4 showdown.

Leading by three at halftime, the Knights were able to put the game away from the free-throw line in the second half, going 24-of-29 for the game.

CAMBRIDGE SPRINGS, Pa. – Cambridge Springs raced out to a 16-point halftime lead en route to a 51-38 Region 2 win over Saegertown.

Jayden Shinsky scored 11 of his team-high 15 points in the first half for the Blue Devils.

Brady Greco knocked down four 3’s on his way to a game-high 16 points for Saegertown.

Lamont Samuels added 11 points and Omar Stewart 10 for the Steelers.

Logan Turton and Jake Mattocks had 16 points apiece for Mercer.

The Dragons had 11 different players make their way into the scoring column.

Gavin Ennis netted 13 points for the Huskies and Sam Howell 11.

Tucker Clark scored 14 points to pact Cory and Logan Joncas chipped in with 12.

YOUNGSVILLE, Pa. – Youngsville outscored Union City by 13 in the first half en route to a 63-50 victory.

COCHRANTON, Pa. – Cochranton raced out to an 18-point halftime lead on its way to a 62-39 win over Maplewood.

Spencer Kenny knocked down three 3’s on his way to a game-high 15 points.

The Cardinals got balanced scoring across the board, as Chase Miller added 13 points, Tyler George nine and Wyatt Barzak eight.

HERMITAGE, Pa. – Hickory outscored Cathedral Prep by 12 in the fourth quarter to pull away for a 56-40 victory.

Peyton Mele had a big game for the Hornets with 24 points, while Connor Evans added 16.

The Lady Dragons got a balanced scoring effort, as Emma Ruhlman connected for 16 points, Kelsey Stuart 14 and Riley Childress 13.

NEW CASTLE, Pa. – Aniyah Anderson scored a game-high 15 points, but it was host Shenango that came away with a 40-27 victory.

Kylee Rubin had nine points to lead Shenango, which had five players score between seven and nine points.